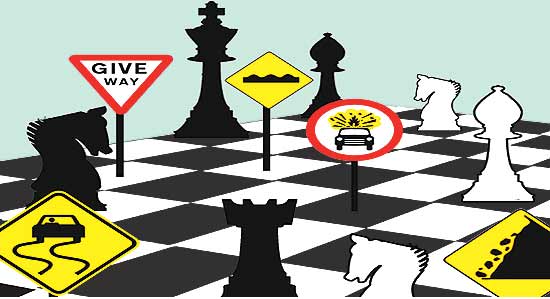 Five months into the UPA’s second term, controversy continues to dog South Block. The Sharm el-Sheikh misstep, the ministerial hotel capers, the controversy over Pokhran-II, the allegations of Chinese incursions and the government denials—all this compels a re-examination of the role of the prime minister’s office (PMO) and the Union ministry of external affairs (MEA).

In 2004, Sonia Gandhi sidestepped assumption of power and created a hybrid cabinet system, keeping real power in her own hands while giving the country its first CEO-PM An economist-bureaucrat, palpably honest and devoid of a political base, Manmohan Singh seemed tailor-made for the job. Sonia, however, had two political constraints: one, the party needed to harmonise the new PM’s pro-reform past with the Congress’s pro-poor slogan; two, the NDA’s US tilt needed to be moderated, both because the Communists were supporting the UPA and because of the Congress’s non-aligned heritage. P. Chidambaram was made finance minister to stave off excessive reformist pressure; K. Natwar Singh was made foreign minister in view of his rooting in the Nehru-Indira ethos. The PM responded by picking Montek Singh Ahluwalia for the Planning Commission and J.N. Dixit for the truncated post of National Security Advisor (NSA).

This arrangement started coming askew with Dixit’s demise in January 2005 and Natwar’s ouster by October the same year. Thereafter, the foreign minister’s post remained vacant for almost a year, giving the PM direct control over the ministry, and particularly on two vital and live issues—the Indo-US nuclear deal and Indo-Pak dialogue. By 2006-end, the Congress was forced to move Pranab Mukherjee to the foreign office as it realised that the PM’s preoccupations were goading the Communists into assuming threatening postures.

Sonia’s hybridisation was actually a reversal of history. The British evolved the present-day cabinet system from 1721, when Robert Walpole, the first acknowledged prime minister, and King George II created a smaller inner cabinet. It took another 60 years to finally banish the British monarch from participating in cabinet meetings. Another century and many astute PMs later, the monarch was finally reduced to reigning without ruling. Sonia was attempting to introduce her influence in the cabinet without being part of it.

In May 2009, as the Congress emerged victorious at the hustings, murmurs surfaced of 10 Janpath’s concern that the PM was trying to restore his primacy by trying to shape his new cabinet. In an apparent tradeoff, Sonia figured that economic policies and internal security issues were more vital for her party’s political future than anything in diplomacy. Pranab in finance and Chidambaram in home were slotted to secure these concerns. The PM was then free to pick his MEA team. S.M. Krishna and Shashi Tharoor were his choices. Manmohan’s unfinished agenda was peace with Pakistan; his A-team was to be a  pliant ally. A new foreign secretary completed the downsizing of the foreign office’s role.

Sharm el-Sheikh starkly spelt out the dangers of a PM chasing his vision without the cautioning touch of seasoned diplomacy or the moderating influence of a politically mature ministerial colleague. In any case, the MEA, over the last three years, had turned into a secret brotherhood with minimum lateral information-sharing. The old system of cipher messages seen by all senior officers in the MEA and circulated to the offices of president, PM, etc, was slowly superseded, in the name of brevity and economy, by a net-based system, more secure and restricted. Even the secretaries at headquarters no longer saw the message traffic between the foreign secretary and heads of missions in neighbouring countries and permanent members of the UN Security Council. Debate was curtailed; a few hand-picked officers set about translating the PM’s vision into diplomatic reality. It’s reminiscent of what the Duke of Wellington said after his first cabinet meeting: “An extraordinary affair! I gave them their orders and they wanted to stay and discuss them.”

Such a situation calls into question Sonia’s cabinet system, where the political authority is separated from the administrative. How do you curtail a PM’s freedom to pursue foreign policy objectives when he begins to outgrow his diffidence? The challenge gets heightened even more when the PM senses a historical opportunity with Pakistan, the success of which, unlikely as it is, may only partly benefit the Gandhi family but the failure of which can forever colour its political fate.

(The writer is a former secretary of the MEA.)