Some close encounters with a numerical speedster 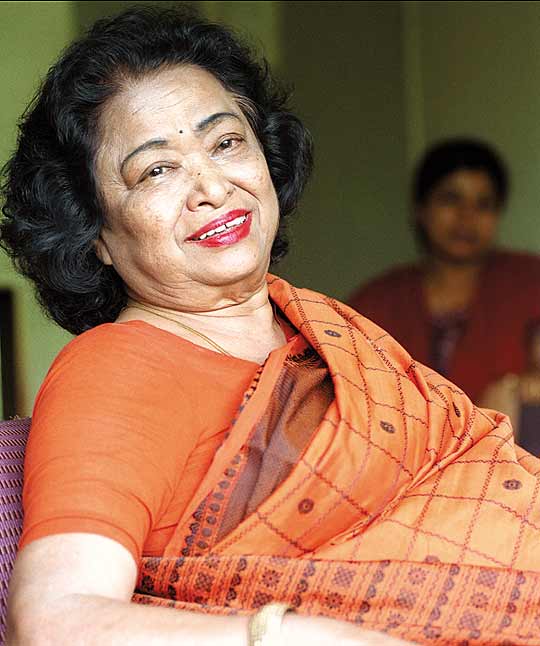 When Srinivasa Ramanujan, the Indian mathematical genius and autodidact, was lying ill in England in the early 1900s, G.H. Hardy, the famous British mathematician, had gone to visit him. Of that meeting, Hardy was to write later: “I remember I had ridden in a taxicab number 1729 and remarked that the number seemed to me rather a dull one, and that I hoped it was not an unfavourable omen.”

“No,” replied Ramanujan, “it is a very interesting number. It is the smallest number expressible as the sum of two cubes in two different ways.” In fact, the number has now come to be known as the Hardy-Ramanujan number, after this numerical exchange between Hardy the atheist and Ramanujan the believer in the Namagiri Devi of Namakkal.

Never mind what that means to us lesser mortals, because, on a much lesser scale, when I first met the recently deceased Shakuntala Devi, she was not only full of health but had advertised in a local newspaper in Calcutta that she was looking for a person to share a paying guest accommodation. “Gender no bar,” said the ad in so many words. As it turned out, there were two rooms this landlord was offering, and so the question of even imagined impropriety was ruled out. But listen to one of the first conversations the two of us had.

Me: “Right, we can take these two rooms—no problems—but if you don’t mind my asking, what do you do?”

And while I’m still gawking at her like a small fool, she adds, “That’s sort of like what I do.”

Flash-forward to about 20 years later,  when I’m editing Science Today magazine and writing a recreational mathematics column called ‘Mindsport’. At the moment, me and some of my very senior colleagues are sitting around wondering if we should figure Shakuntala Devi as our next ‘Interviewee of the Month’. We all know by now that Bayard Webster of the New York Times has said things like she could give you the cube root of 188,132,517—or almost any other number—in the time it takes to ask the question. Or that if you gave her any date in the last century, she could tell you what day of the week it fell on. (Yeah, somehow some of us know that too.)

But, and mark what Webster has to say to describe her genius in nearly his next breath: “According to mathematical scientists, Mrs Devi’s gift as a numerical math prodigy is not unique and has no relation to the science of mathematics. Nevertheless, according to these mathematicians, people with her abilities do not grow on trees, or even abacuses. It is not known how people gifted with these abilities perform their feats.”

That’s enough to convince all of us at the meeting and we agree. The next thing I remember is I’m sitting opposite SD in my office a few days later, and both of us have put on a bit of weight since we last met. In a while I realise—she has no memory that we had once gone to get the same digs in a little bylane of Calcutta and had actually lived with the same landlord, paying him our separate rents for oh, maybe a month. And I’m thinking, on the other hand, she remembers cube-rooting 9-digit numbers faster than computers at the time could?

So I told her what actually saddened me most was that she had in recent years become a great promulgator of astrology, which went against everything that had to do with science or, in her case especially, maths. How did she come to terms with herself when she openly admitted she was now toying with the idea of promoting numerology?

Funnily, this is how that particular conversation ended. She responded saying, “Do you know how old Srinivasa Ramanujan was when he died?”

“Exactly,” she said. “But I want to live much longer and do many more things.”

Now here’s a question of the sort those who like to make comparisons would like: Would Shakuntala’s standing have been more mathematically impeccable if she had only lived till 33, or would Ramanujan’s reputation have suffered a decline if he had died at 84? As we journalists are always so fond of saying, only time will tell.

The Boss Will See You Now