Put On The Hard Hats

More of the same, is India Inc cooling off on the Modi dream? 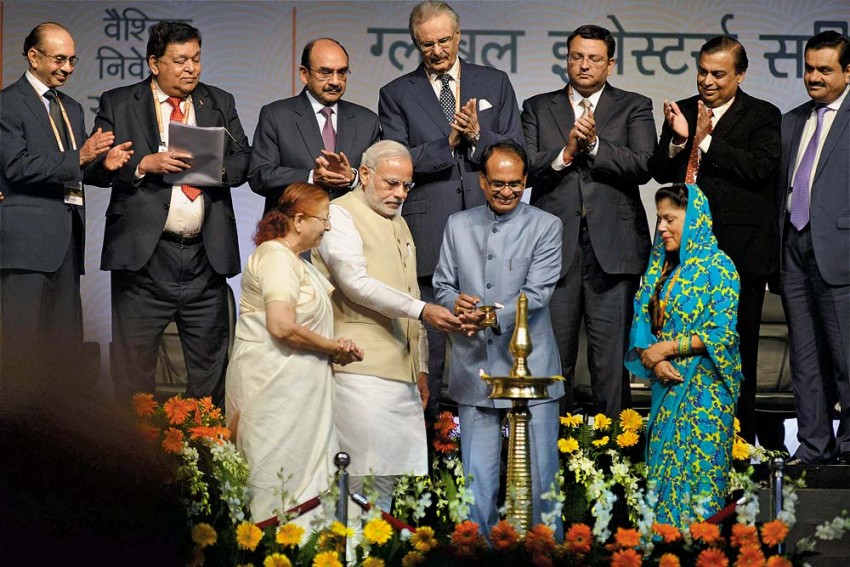 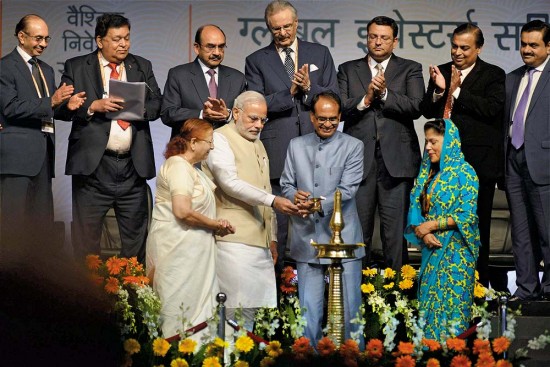 Prime Minister Narendra Modi came to power at the Centre nearly a year back with a strong mandate from the corporate sector. But today the fervour with which Modi was once talked about seems to be missing. There are voices of criticism, although others are quick to urge more patience as effects of reforms do not show up immediately. Yet undoubtedly, the exaggerated faith in the Modi-led NDA government’s ability to deliver on multiple fronts—from ease of doing business to attracting investments by opening up the market to labour reforms and job creation—is slipping.

“The optimism that was built up when Modi became PM seems to be petering out. There were expectations of big changes which have not happe­ned. There appear to be limitations to what can be done, that is the disappoi­n­tment. The tax issues have further complicated things in terms of portfolio investments flowing in as they are shorter-term, sentiment-based unlike investments in plant and machinery,” says Centre at Monitoring Indian Eco­n­omy (CMIE) MD Mahesh Vyas.

Political mud-slinging aside, the debate on whether this is a ‘soot-boot wali sarkar’ or a ‘soojh boojh ki sarkar’ has entered not just homes but also corporate discourses. Lately, the unce­rtainty created on the tax issues like minimum alternate tax (MAT) has moved beyond Indian shores. Highlighting investor concern, Alastair Newton, managing director for global market research at Nomura International Inc, told the media in Singapore recently, “I do think there is a big opportunity in India...if it can get some of the tax issues sorted out to attract significant foreign direct investment from Japan.”

The fact that the NDA government is more pro-corporate than pro-poor is not up for debate anymore. An offshoot of this tilt is the attempt to amend the land acquisition legislation to speed up the process of acquiring land for industrial and infrastructure projects—a move that has upset a sizeable Modi supporter base in rural and semi-rural areas.

“Ease of doing business is very important. If you make it difficult, you’ll find that investors are reluctant to come in.”
Adi B. Godrej, Godrej group

Corporate watchers and investment analysts say that while the government claims to have eased several hurdles for doing business with a focus on promoting manufacturing and industrial activities, there is still a long way to go. The common perception remains that business climate is still difficult, that the job hasn’t been done as expected.

“Some things haven’t chan­ged. Poli­tical opposition to reform is impacting legislative business and, occa­s­ionally, one gets a sense of deja vu. There is still stiff opposition to any major reform like labour, land etc, which is crucial for the manufacturing sector to take off,” says Sunil Kant Munjal, joint MD of Hero MotoCorp. “Similarly, some states are still to see the real benefits of reform and are taking their own time to become business- and people-friendly,” he adds. Adi B. Godrej of the Godrej Group echoes the feeling, “In some cases it (change) has happened, but still it has not improved to the extent expected.”

That said, several NDA government moves have found favour with India Inc. Topping the list is the fast environment and other clearances to hundreds of pending projects. Acc­epting the 14th Finance Commission Report has been seen as a positive move towards a better federal system. Even the transparent coal blocks auction, with every penny of revenue being assured to the states where the mines are located, has found favour.

Though too early to judge, the growing perception even among Modi critics is that this “is a much cleaner government as corruption at the top level is much lower than before”, as an observer put it. Yet, as a recent World Bank report found, this has not resulted in boosting investment. Currently, there are more portfolio investors than manufacturing investments flowing to India as the infrastructure and policy frameworks are still not considered adequate.

There is a perception among a section of analysts that the government focus on curbing black money is proving a deterrent to domestic investment flows, particularly in the real estate sec­tor. Godrej does agree with this view. “The way ‘Undisclosed Foreign Income and Assets (Imposition of New Tax) Bill, 2015, has been drafted—that you are deemed guilty until proven innocent or the type of information sought—is to my mind a case of overdoing. Plus the income tax form they had published asking unnecessary information shows they were clearly going overboard with it. Ease of doing business is very important and if you make it difficult, then you will find investors reluctant to come in,” says Godrej.

“There is stiff opposition to any major reform like land, labour etc, crucial for the manufacturing sector to take off.”
Sunil Kant Munjal, Hero MotoCorp

Dismissing the correlation between government efforts to curb black money and investment slowdown in the last quarter, Prof Arun Kumar of JNU says the curbs are no deterrent. In fact they help to cleanse the system and imp­rove investor confidence. “The slower investment is not lin­ked to black money but due to slow demand growth in sect­ors like automobiles and consumer durables,” says Kumar.

Due to the uncertainty in the government, economy, scams and a lack of faith in public decisions, the investment rate saw a slide from 38 per cent in 2007-08 to 28-30 per cent in the last few years. Data compiled by Proje­cts­Today shows the first year of NDA governance has indeed boosted corporate confide­nce, though it has not been enough to give a big push to the economy, which is expected to show 8 per cent growth in 2014-15 fiscal.

The worrying factor is the falling project implementation ratio. “Though overall investment sentiments are good, at the ground level actual investment has not yet picked up on a large scale. The government, on its part, has to step up investment activities instead of waiting for the private sector to take the initiative,” says Shashikant Hegde, CEO of Economic Research India Pvt Ltd.

With the promised public sector investments in infrastructure yet to pick up and reforms still to show on-ground impact (it’ll likely take around two years), the common perception of nothing having changed persists. Meanwhile, there is an approaching storm: lack of focus on the deepening agrarian distress in rural areas. Neglect of the rural areas, which is an important market for consumer and farm goods, may worsen the lot of the masses—and in turn India Inc.

A Rerun Is Organised