Put Jaldi Into It 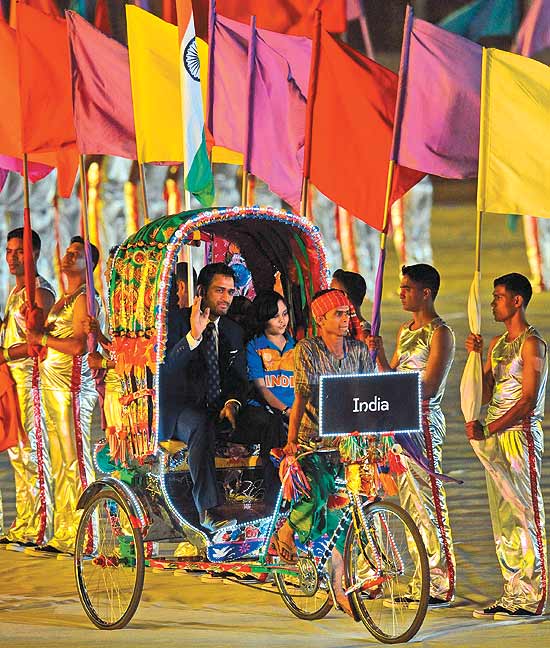 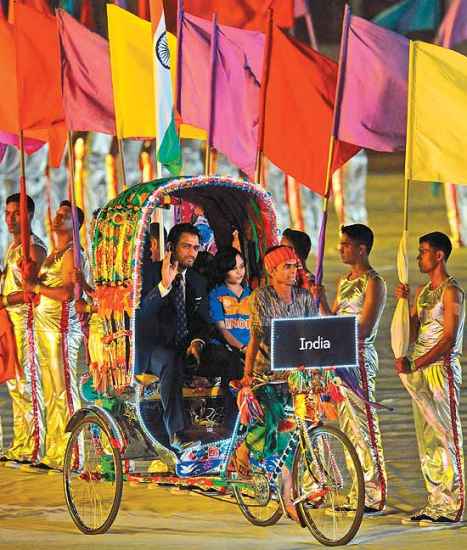 At the spectacular opening ceremony of the World Cup, the captains were wheeled into the Bangabandhu National Stadium in Dhaka in rickshaws, rather apt because the first month of the competition is a desultory amble through the subcontinent, with barely six of the 42 group matches providing any thrill in anticipation. The format is designed to ensure that the big advertisers’ budgets don’t go unused or awry by India or Pakistan getting knocked out early, as happened four years ago in the West Indies.

India’s presence in the quarter-finals is extremely desirable; for even if the World Cup is coming to its “spiritual home”—a more opulent, ostentatious, overbearing place than ever before, with money and spirit bound in an interesting battle—the event faces a competing frenzy from the Indian  Premier League. To keep India interested in the party  in its own ballroom, the format has been designed to ensure that teams from the commercial centre of cricket reach the quarterfinals. No disrespect to the minnows—Zimbabwe, Kenya, Canada, Ireland and Netherlands—but they hardly stand a chance of advancing, for one shock defeat of a senior team won’t suffice, more are needed, and that’s not likely on batting-friendly tracks that amplify the gap between top and bottom teams. What will be of interest in the first month is whether Bangladesh manages to pip the West Indies to the next round, the quarter-finals, and how the teams keep all their squad players match-fit.

Starting from the quarters, it will be a whirlwind of knockouts, a shootout of seven games among the eight qualifiers in 15 days. It’s then that the tournament will really begin. The tournament starts with a veritable rickshaw ride, but will shift to the sudden burst of jet plane travel. On the field, frenzy is likely to define the World Cup, and could be summed up thus: The greatest power-hitters in the game, emboldened by Twenty20, crush increasingly ineffectual bowlers with powerplay on flat wickets.

“Powerplay on flat wickets,” that’s the significant part. First, let’s parse the powerplay, we’ll talk of the wickets later. The concept of three powerplays—in three blocks, the first comprising 10 overs at the start of the innings—was introduced in 2005 to reduce the predictability of ODIs. From October 2008, the batting team was allowed to choose the timing of one of the two (five-over) flexible powerplays. The powerplays have polarised cricket’s have and have-nots, the batsmen and bowlers. An allrounder like Jacques Kallis, thus, turns into a split personality, evident in his comment to a South African radio station: “When I have the bat in my hand I think it’s the greatest rule in the game. When I have the ball in my hand I think it’s the worst rule in the game.”

There’s speculation that a total of 350 would be common, and the barrier of 450 broken, in this tournament due to the powerplays. But there seems to be a lack of definitive powerplay analysis and strategy, probably because there are too many variables—match situation, nature of the wicket, strength of the opposition, for instance. Even Indian captain M.S. Dhoni, extremely lucid on most subjects, is reduced to incoherence on powerplays: “The batting powerplay is a big plus and also a big negative. A lot will depend on what kind of result you get in those five overs, because most of the teams will look to accelerate during those five overs with wickets in hand. We will look to get as many runs as possible but what we have seen in the past is that, quite a few times, the batting team loses three-odd wickets and you see the game changing again. It is important at what point you take the powerplay.”

Theoretically, the batting team should take the powerplay when the opponent’s weakest bowlers are set to bowl, or when its best batsmen are looking to accelerate—anywhere after the 35th over. At that point there’s a compulsory change of the ball, a harder ball with a better seam condition comes into play. On bowling-friendly wickets, this helps the bowlers, all the more as the batsmen take risks during the powerplay. Not so in the subcontinent—the batsmen will rejoice at the sight of a harder, more hittable ball. Obviously, no one expects the ball to dart around in the subcontinent.

Most players say the batting powerplay will be a decisive factor in this Cup: South Africa’s Graeme Smith and Jacques Kallis, Pakistan’s Shahid Afridi and India’s Suresh Raina say as much. But that’s all they’re able to say, because the details are too fluid and unpredictable. “You have to be extremely flexible when taking the powerplay,” says former Indian opener Aakash Chopra.

There’s no doubt about the bowling powerplay, though. Over the last one year, India have always taken bowling powerplays right from the 11th over. Indeed, that’s settled into an international convention rarely breached. There are several reasons for it—the ball is new, possibly seaming and swinging, and the first-change bowler, always a specialist, is about to come into the attack. “The fielding captain wants to get it over with quickly,” Chopra told Outlook. “So that the team has a chance of pulling things back. Also, the bowling side doesn’t want the two flexible powerplays to be clubbed together.” 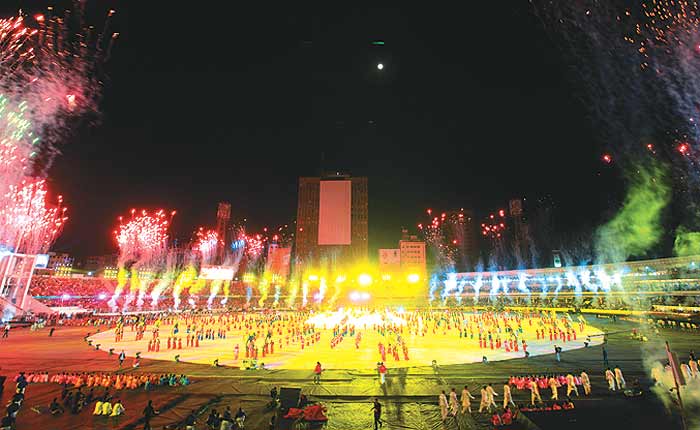 Fire is the key Fireworks light up the World Cup opening ceremony. (Photograph by Reuters, From Outlook, February 28, 2011)

Says Smith, “I think the first powerplay upfront of 15 overs has been there for a long time now.” This could change in the subcontinent, though; if, for instance, the two openers have got 100 or so in 10 overs. “You’d then definitely not give them another five overs of powerplay,” says Chopra.

The WC can be summed up thus: power-hitters crushing increasingly ineffectual bowlers with powerplay on flat tracks.

There was a preview of the nightmare that can visit bowlers when India scored 360 against New Zealand in a warm-up match in Chennai.

Also during the warm-up games, there arose fears that some wickets could slow down, hindering strokeplay. Smith said the wicket in Chennai was underprepared, hoping it would be better for the tournament. However, he knows the wickets will get slower as the tournament progresses—if that happens, the rickshaw symbolism of the opening ceremony would become more apposite. “I think the wickets are going to be slow,” says Indian spin legend Bishan Singh Bedi. “That would give India an advantage, but that won’t be fair; the ICC has to ensure proper one-day wickets.”

Chopra says slow wickets will help the teams from the subcontinent. “India and Sri Lanka have good spinners for these conditions,” he says. “Even Bangladesh. And in Saeed Ajmal, Pakistan have perhaps the best ODI spinner around, and Afridi would be tough to score off, too. South Africa and Australia, especially, won’t like such wickets.”

There could be one slip here, literally. Forty-two of the matches are day-night affairs, and the team bowling second could be troubled by dew—spinners would find it a challenge to grip the ball properly—until at least the middle of March, especially in the north. Imran Khan was worried enough to advise Afridi to prepare for it, and Smith also spoke of it. Bedi, though, says, “It won’t be a big factor in most games.”

One problem for one home team, India, would be the mounting expectations. “Perhaps it’s better if the World Cup is held away from India,” says an Indian player. “The mood is already celebratory, as if we’ve already won.” Yuvraj Singh’s mother, Shabman, echoed this feeling, saying it’s prudent to keep expectations in check. “The expectations of the public, media and sponsors are so great that a failure is akin to a suicidal act which leaves the players badly bruised,” she wrote in a newspaper.

She could well have been describing the bodily injuries suffered by a tournament facing an existential crisis, that could test even the subcontinental fan’s apparently endless appetite for cricket.