A 230-year-old Punjab fort is now a homestay 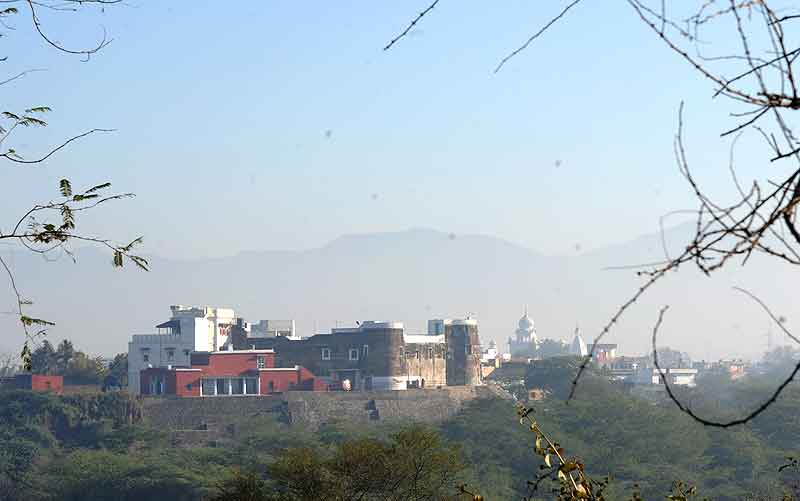 The first night I slept rather fitfully. The bedside light turned on, TV tuned in to a soothing music channel and purposeful conversations carried on incessantly on Twitter, with friends and strangers alike, to keep the fear of the long eerie shadows (cast by the lantern outside) at bay. It could happen to you too if you were to arrive at Bharatgarh Fort on an inky, moonless night.

As you turn in to the unlit, bumpy village road off the hectic Ropar-Manali highway, it’s difficult to get your bearings right amidst dark stretches of farms and forests visible only intermittently in the car’s headlights. It’s a short drive up the hillock where Bharatgarh Fort sta­nds in habitual isolation. You climb up the steep stairs to one of the fortress towers­—once a rundown, unused dump for the house junk, now turned into a calm and quiet boutique homestay. The ramparts and bastions have just the right kind of hush for a spirit in flowing white to roam around without restraint, singing haunting melodies with a spooky lamp in hand.

The ramparts and bastions have just the right kind of hush for a spirit in flowing white to roam around with no restraint.

But this, obviously, is stuff of my overactive imagination and exaggerated narration. Before I can scream “bhoot”, a pleasant, friendly and reassuring human voice comes knocking at the door. It’s the ever-smiling Maninder Kaur, wife of the owner Deepinder Singh Virk, who keeps the sun shining brightly on Bharatgarh Fort, day and night. This landlord family’s fort-stay is just about a year old and extremely unique in the so-called heritage tourism niche. Unlike the ostentatious havelis and exotic palaces of, say, Rajasthan, this is pleasantly natural and unprocessed. The craggy, harsh and gritty facade houses a cosy and inti­mate core. What adds to the warmth of the tastefully done-up rooms—complete with antique, ethnic furniture—is the home-cooked Punjabi food. No wonder I forget my imaginary ghosts over a most appetising dinner of dal, paneer, gobi, paalak, kachumber salad and gulab jamuns. Maninder is quick to point out that the food tastes good because every ingredient—vegetables, flour, pulses, ghee and butter—is from their own fields and dairies. Even the drinking water comes from the home well. The morning breakfast endorses her claim further, the most delicate and delicious aloo-paranthas and fresh dahi. 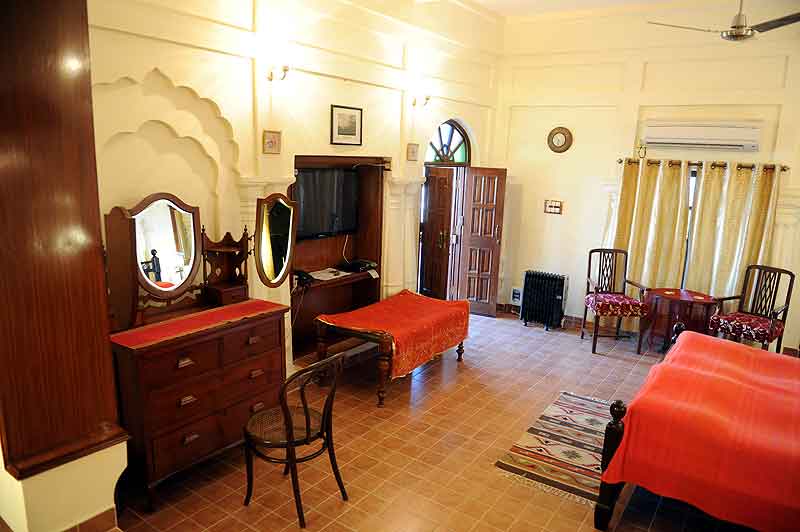 Meanwhile, in between meals, in the thick of the night, my thoughts again turn to ghosts. I imagine them staring back at me from the three mirrors of the lovely Victorian dressing table. I visualise them lounging on the comfy Albertian chair, sleeping on the huge four-poster bed and perching on the beautiful brackets and oil lamp niches on the wall. I feel their presence in the ataris or women’s galleries and hear their voices in the many sec­ret passageways that were closed after the kids of the family started losing their way in them. But disappointingly, I don’t quite “see” them before sleep takes over.

It’s a foggy morning that settles down on my window. I wake up to the cackle of two ducks (the guards of the fort, as the local myths have it), the woof of the pet Ger­man mastiff, the whistle of a faraway train and the soothing prayers from the local gurudwara. In a nutshell, it’s that all’s-well-with-the-world feeling which has little patience for ghosts of any kind. The sweeping view from the terrace and parapets goes well with the masala chai. The bits and pieces of mist hanging on the trees turn what could have been a spooky ambience into an ethereal setting. To our left is dense forest, right below are the cowsheds and owner’s residence with a pestle and mortar placed strategically at the centre, alm­ost like the tulsi plant in the aangan. On the right side stretches the teeming village of Bharatgarh and at a distance the splendid Shivalik range. Good enough picture to tell you what you could do best in the fort: nothing. Just sit and stare while the local village masseur gives you a nice oil rub. For the restless, there is more on tap: you could go trekking in the forest, angling at the fish farms, go bird-watching or just hike up to the village past the green waters of the canal. Want to do more? Go driving to the origin of these pristine waters: the Bhakra Nangal dam, just 55 kilometres away. 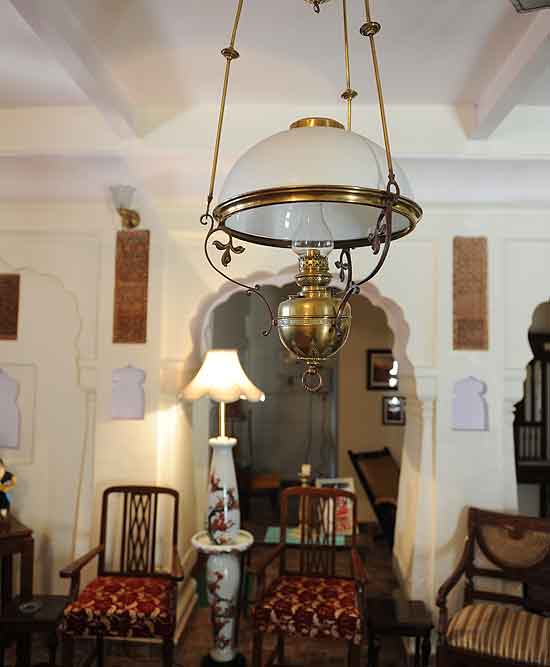 The living room area with its antique lanterns. (Photograph by Jitender Gupta)

The food tastes good because every ingredient is from their fields, dairies. The water you drink is from the home well.

We decided to hit the nearest “tourist” point, Anandpur Sahib, 20 km away. A quick mattha teko, langar and kada prasad later, we take a quick peek at the Viraasat-e-Khalsa museum and pick up some cute sardarji dolls as mementos. Onwards to Naina Devi, now more easily reachable on the cable car. You can also see the snow-laden Himalayan ranges from here.

But there’s still more that you can do at Bharatgarh. Talk to the owners and out comes a treasure trove of Sikh history and family stories. Constru­c­ted in 1783, Bharatgarh is a rare fort in Punjab where the owners lived continuously for nine generations. Each generation has had only one son, so the fort passed hands intact. It is an extremely difficult property to maintain, especially during the rains, which ring in massive erosion on the hillock. 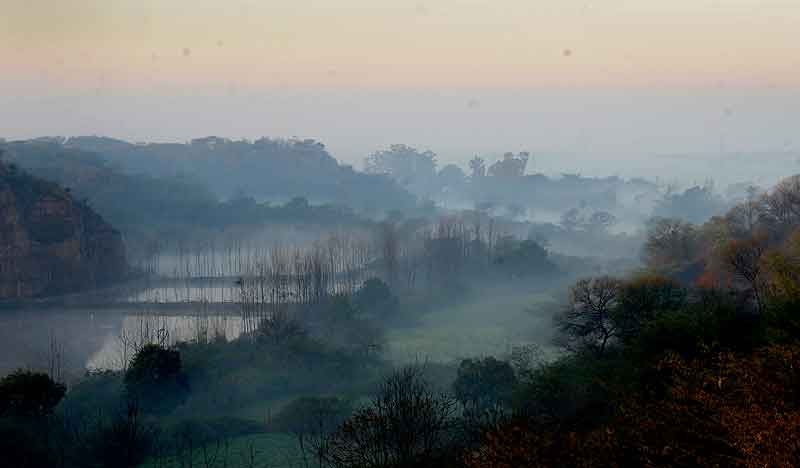 But to get it ready and going was not easy, more so because the renovation was done without the aid of an architect or interior designer. “Unlike them, we didn’t want to ‘demolish’ to ‘renovate’. We wanted to retain the pillars, the arches,” says Maninder. They began by redoing the staircase and allocating spaces for the attached bathrooms. Carpenters were called in from Nalagarh. “There is no ply or board, we have used solid wood,” says Deepinder. The “galeecha-chameli” glasses were bought from mosques in Saharanpur and from Amritsar and Chandni Chowk. In the process of renovation, some hidden secrets tumbled out: for instance, when they scratched the mounds of whitewash on the walls, exquisite stone tiles revealed themselves that now add to the decor.

The spiked doors of Bharatgarh Fort, however, are not open to everyone. The couple believe in exclusivity. There are just a few signboards to announce the fort’s presence, walk-in visitors are not entertained and only online and phone bookings are accepted. “Not everyone has a liking for a place like ours. We only want visitors who’ll appreciate our boutique effort,” says Deepinder. They have hosted all-women groups, university professors from Durham, visitors from the Canadian consulate and a star tourist in cricketer Murali Kartik. “They loved the feeling, an escape from the monotony of regular hotels,” says Maninder.

Go if you crave that too. As for the company of ghosts, well they don’t live in Bharatgarh Fort but only in the recesses of my mind. 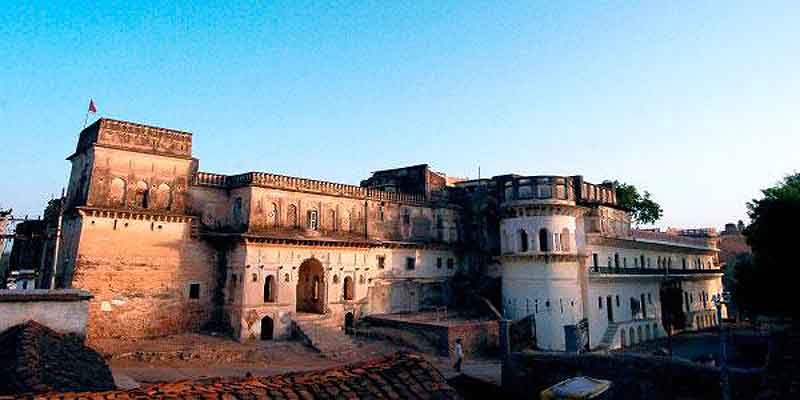 Alipura Palace, Bundelkhand: Some 95 km from Jhansi, the 300-year-old palace is Raja Manvendra Singh’s family home. The ‘new wing’ itself is 150 years old. 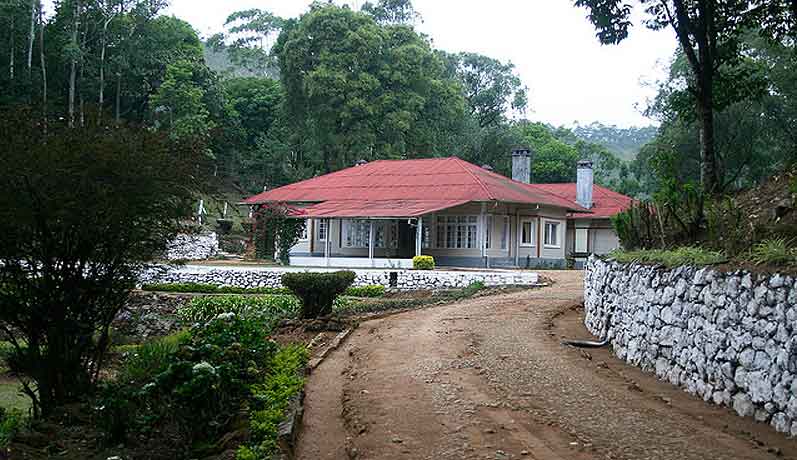 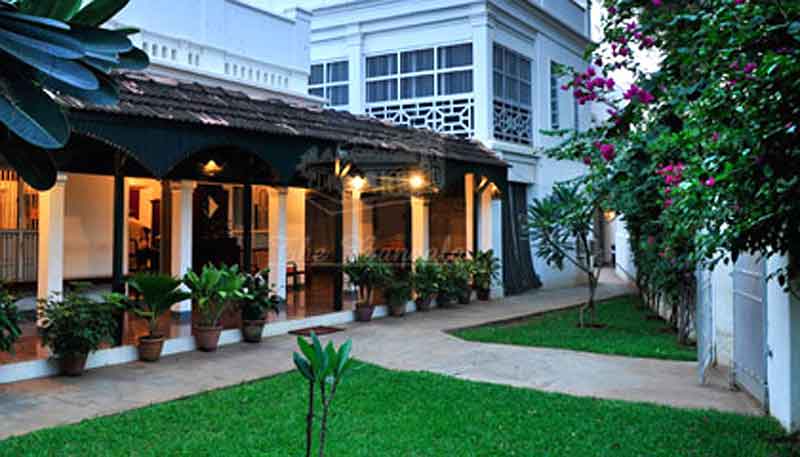 The Bangala, Karaikudi, Chettinad The 100-year-old mansion offers a piece of the lavish Chettiar way of life; houses one of the last remaining ‘Chettinad kitchens’. 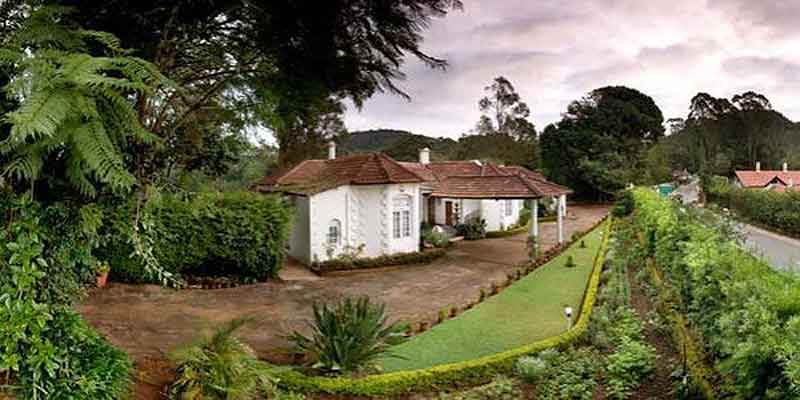