Can Amarinder And Sidhu Lead Congress To Poll Battle As A United Army?

“We wanted a resolution but are moving towards an explosion.” That’s a party MP from Punjab on the situation in the local Congress after New Delhi snubbed Amarinder for Sidhu. 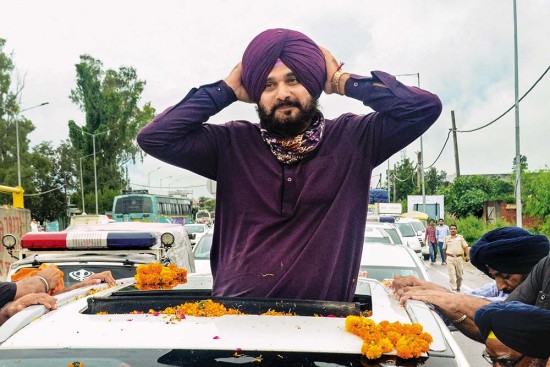 For months, the Congress’s central leadership was clamouring for an amicable resolution to the conflict. But what started off as a rebellion by leaders, including Sidhu, against Singh’s working style and his government’s alleged unfulfilled poll promises had, in recent weeks, narrowed down to a clash of two personalities. Sidhu was adamant on being made the party’s chief in Punjab, a proposition Singh opposed resolutely. Singh even shot off an angry letter to Sonia cautioning her that Sidhu’s appointment may split the party ahead of assembly polls due early next year. A chunk of Congress MLAs and 10 of the party’s 12 MPs from Punjab, several of them bitter critics of the CM until recently, backed Singh’s case against Sidhu.