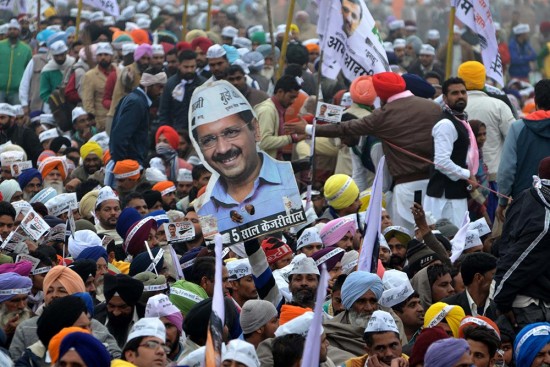 A year ago, the Aam Aadmi Party won only 20 seats in Punjab’s 117-member assembly, surprising itself and everyone else. It was supposed to be a near-walkover.  After seeing its national ambitions dashed for the time being, the party resigned itself to playing a good opposition. But so far, it has occupied two alarmingly ­divergent orbits. Petty factionalism and looming obscurity at one level, and on the other, a contrarian stand on the one issue that cost it an election: Sikh radicalism.

The spectre had extracted a heavy price in the polls—80 seats less than what was predicted by AAP leaders till just before voting on March 11, 2017. In the context of a Punjab that looks back at the ’80s-90s with an overload of pain, dread and exhaustion, even allowing a whiff of separatism was akin to walking into a trap—and one not ­entirely lain by opponents. Yet, it walked right in with eyes wide open and got singed.

The experience should have served as a permanent cautionary note. After all, AAP had come as an alternative to the identity-peddling Akalis, with a blueprint for governance, not to rouse sleeping demons. And it should have returned to its core areas. But no such luck. Presently, some in AAP’s Punjab unit are accusing the mothership in Delhi of nothing less than sabotage, of letting stray leaders shoot their mouths off on separatism until the unit collap­ses. The charge is unproven, but that it even exists shows the state of play.

How did this happen? Basically, via the enthusiastic support (and funding) it had received from its new NRI converts, AAP waded into the grey swampy zones of radical Sikh politics—and got stuck. The Sikh diaspora has fraught, complicated sentiments towards India and Punjab. “There’s a culture of competitive radicalism among overseas Sikhs. They have...