J.N. Dixit may be dead, but he is not being absolved of exceeding his brief 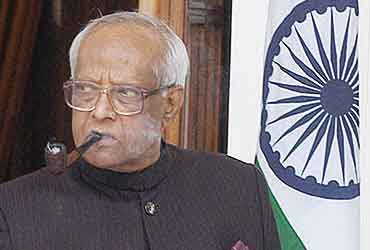 outlookindia.com
-0001-11-30T00:00:00+0553
Barely had J.N. Dixit's family, friends and admirers recovered from his death that a vicious whisper campaign began against him in the corridors of power, in political circles and even in academia. It wasn't enough that he was dead, it was almost as though his legacy—controversial as it might have been at times—too needed to be buried. Why, they feel, the very job of the NSA can be done away with. If some of this was reflected in print, most of it was off the record.

From within government came tales of how Dixit insisted on seeing all files relating to the mea and "interfering'' in appointments of officials and ambassadors. How could he see files unless he had been mandated to see them? The reluctant answer was: "Well, Brajesh Mishra, as principal secretary and NSA, saw all files. When the job was bifurcated, files relating to the ministries connected with the NSA's job went to him."

A senior Congress leader said, "Dixit converted a staff function into a line function. All files relating to external affairs, defence and internal security went to him, to the point that the principal secretary's position was totally emasculated. It has been the custom that the principal secretary to the PM is the single point to which all files come. How could he function if files relating to the three ministries were going elsewhere? Do you know Dixit was interfering in the commerce and petroleum and natural gas ministries?'' Clearly, economic and energy security were not part of NSA mandate.

All criticism of Dixit as NSA relates to his style of functioning rather than the actual advice he tendered. Interestingly, party circles are abuzz with a story relating to one O.P. Mishra, a professor of international relations at the Jadavpur University, who had unsuccessfully contested from that area on a Congress ticket. Apparently, in his capacity as a member of the National Security Advisory Board, he had disagreed with the NSA on migration issues—it was considered serious enough for his patron in the Union cabinet to ask a party leader to take it up with Dixit.

If that wasn't enough, there have been reports that Dixit had fallen out with Congress president Sonia Gandhi. However, sources close to Sonia said, "Dixit joined the Congress during her tenure as president and used to meet her frequently. After the UPA came into power, obviously, they couldn't have met so frequently. But I don't recall even one instance when he had sought an appointment and been refused time."

The man who, in the words of security analyst C. Raja Mohan, laid the "foundations for a paradigm shift in India's foreign policy by insisting on an interest-based approach... (and who) was instrumental in protecting India's nuclear option" was given a Padma Vibhushan posthumously. But the least his colleagues in the government and party could have done was to show him and his vision some courtesy in death, if not in life.