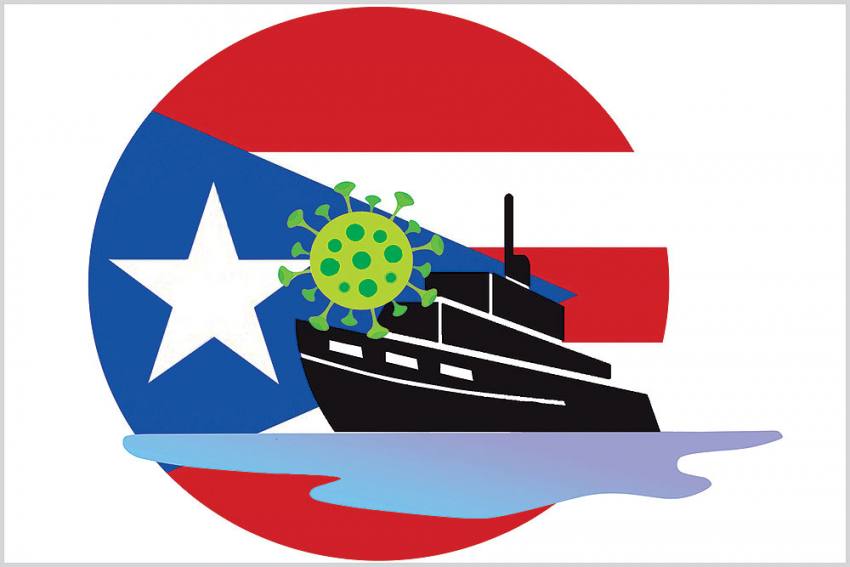 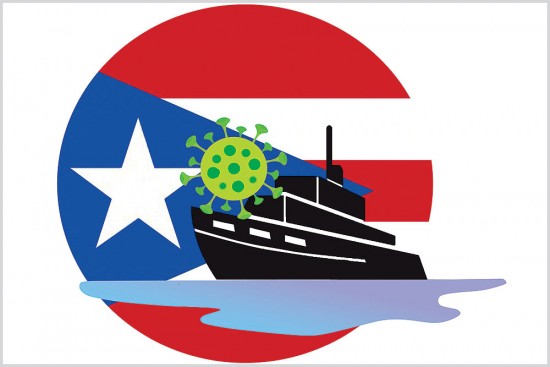 The year begins benignly enough—with mojitos at Lajas, a small town on the south coast’s phosphorescent bay, La Parguera. New Year’s Eve is duly festive—no ill omens, no black swans flying over the Lajas plaza, skirted by electric-blue plankton. But a few days later…a 6.5 Richter quake. The earth below that south coast is moving after 1,000 years; it rumbles for a month. Covid is then but a distant news item.

The Ides of March

Suddenly Covid is here, all over the island, brought in by cruise ships and planes. Two Italian tourists are whisked away from the docks to a hospital a stone’s throw from my house—the woman eventually dies. The rumour spreads that the cruise ship has emptied its passengers into the bustling old city: Puerto Rico waits with bated breath. A Panamanian doctor, virulently symptomatic, spreads it all over a salsa festival. Again a stone’s throw from my place, a clutch of cafes, bars and restaurants, where the young spend their weekends, is one day rollicking with music, salsa and kioskos selling delicious empanadillas and arroz con pollo, when the governor announces a lockdown beginning the next day. Suddenly the hotels empty out, no tourist on the beaches, no salsa or bomba in the city’s squares—a city that never sleeps is awake in fear. The quake-hit poor still live in shelters…vulnerable as ever.

And yet, I look at the clear skies, the bright blue ocean, the lovely quiet and empty streets, the caimans climbing house fences and the iguanas in parks. Sometimes I think it incredible. What the UNEP and the environmentalists of the world haven’t been able to do in decades, Nature has recruited its tiniest particle to do—harboured, of all the world’s creatures, in the ‘non-charismatic’ bat. Allowing the Earth’s creatures, the air, oceans and forests to heal.

From the vantage point of Puerto Rico, it’s sobering and edifying to see the world battling this disease in different ways—each country revealing its vulnerabilities and strengths. Europe has its own drama: from the British herd immunity farce, to Italy’s tragicomedy, with mayors screaming at citizens. Here, it takes a while for the island to assert its own public-spiritedness over colonial American restrictions. Testing is initially botched up due to endemic corruption in high places—and had to go though the CDC. But soon, the medical community, the labs and the strong tradition of social solidarity bear fruit. Life before profit is much a Puerto Rican value. A vibrant population follows rules, in the main.

Americans Are From Pluto

Not so on the mainland. The frontier mentality and misplaced American exceptionalism is exacting the highest toll in the world. NYC is the hotspot, but it’s the disadvantaged and those who work on the frontlines who die in disproportionate numbers. Anyone who has sampled the US medical system knows how much waste there is in normal times—gloves, masks, gowns and syringes. Now even nurses lack gear. It’s the infrastructural damage wrought by the plutocrats on Wall Street: they turn universities, hospitals and small neighborhood businesses into profit-making machines. In everyday life, living in the West meant you didn’t have to worry about typhoid, or boiling water or milk before drinking, or being careful about what you ate. An invisible cloak of hygiene supposedly covered all surfaces. Social behaviour was reckless and careless, with no consequences. Nothing happened, especially to the rich. The machine mowed over everything. Epidemics and wars and famines happened in far-off lands, the Western rich and middle class sat safe in their suburban havens, in a standard of comfort unimaginable elsewhere. Now the machine is devouring itself, the valiant efforts of mayors like Andrew Cuomo notwithstanding. Anti-vaxxers have morphed into anti-maskers. Even the Vice President goes mask-free to visit a hospital. They are in pioneer mode, oiling their guns, refusing the ‘sissy’ mask.

Puerto Rico’s deaths are under control; the beaches are open. But across the waters, a natural-born killer is hunting in pairs with social and political co-morbidities. The systemic brutality against African Americans is no sign of a new failure of Western democracy: it’s built into the very history. Western hubris and greed have been out of control since the beginnings of settler colonisation, the genocidal occupation of the Americas. Since Adam Smith’s Wealth of Nations, this hubris, fuelled by the freedom of capital to move unhindered, has been the force behind the West’s world domination. Globalisation followed seamlessly after colonialism. Is Trump the last American cowboy, loading his guns even as the Old West dies? Maybe not. But that strutting freedom is gasping as much in the hospitals of The Bronx as in its prisons. Also, in the cold consumerist intimacies of Tinder and Match, the fake goldfish lives of Facebook....

Nalini Natarajan is an author (The Atlantic Gandhi, The Unsafe Sex) who teaches Post-Colonial Theory and Feminism at the University of Puerto Rico, and lives in San Juan and Washington DC