Despite being based on a true story, the film's presentation is overly dramatic and the characters seem too stereotypical 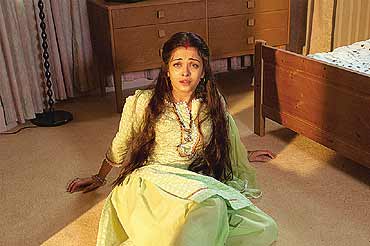 Set in London in 1989, Provoked is inspired by the real life story of Kiranjit Ahluwalia (Rai). Unable to bear her husband’s (Andrews) brutality, she killed him by setting him on fire. Charged with first degree murder, she was sentenced to life imprisonment. With the help of her prison friends and a group of Southall social workers, she filed an appeal and was eventually set free.

I’m not doubting the veracity of all that transpires on screen. But despite being based on a true story, the film’s presentation is overly dramatic and the characters seem too stereotypical. In the beginning, the entire world is shown conspiring against Kiranjit—the detective, mom-in-law, judge or jury. Then as she finds freedom in prison, she suddenly seems to meet all the good souls, specially the cellmate Veronica Scott (Richardson) who defends her from the jail bully and gets her lawyer brother to file her plea.

The film at best is mediocre and at times quite tacky. Some bits stick out sorely. Take the constable who lies about Kiranjit in court and then sinks as a whiny, alcoholic wastrel, a la Devdas. Then there’s the Southall social worker (Das), who is suddenly telling you in the end how her sister too had been abused. Too much of a coincidence that! Not to forget those moments of forced humour—Brits trying hard to pronounce Ahluwalia and unable to go beyond "Aloo".

To me, Provoked seemed like one of those crime shows on Indian news channels. You watch it to kill time but there’s no feeling of empathy. After appreciating her in Guru, I’m back to square one on Ash. Her performance is self-conscious and laboured. Despite crying buckets, she leaves you unmoved. She looks eternally ethereal, perfectly manicured with those eyes opened innocently wide. You never feel the strength she would have possessed to have borne it all. As for her Punjabi, it’s the kind you’d hear in acting workshops. No wonder veterans like Richardson and Coltrane seem effortlessly natural.

A Dollop Of Dalia