Bengal’s chit funds often act roguishly, but Mamata needs the media they own 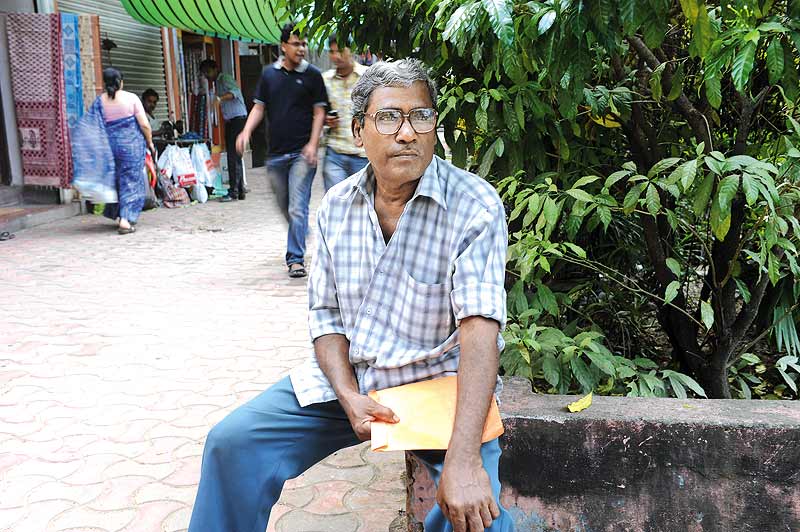 Chit fund companies and the channel/publication they patronise:

On a rain-lashed monsoon morning, Santosh Bera, 60, who works as a peon in a Calcutta advertising agency, was just setting out to work when his wife rushed in from outside, crying. “They ran away with all our money,” she sobbed. She then confessed that she had secretly invested the Rs 10,000 they had been saving up for a rainy day in a “chit fund”. Every month for the last ten months, she went down to “an office” in Park Circus in central Calcutta and deposited Rs 1,000 with “an agent”, and was handed a receipt scribbled on a chit of paper in return. She was promised that on the twelfth month she would get back double the amount with interest.

But that day, when she went to the chit fund office, “what she found was a double lock on the door,” says Bera.

Pointing out that “Rs 10,000 is a lot of money for people like us and that it takes a lifetime to save,” Bera nevertheless admits that he has recently invested in another chit fund, “because my brother, who has become an agent for one, convinced me in spite of my misgivings”.

Last week, the central corporate affairs department reported that at least 62 dubious chit fund companies are operating in West Bengal and they have amassed  close to Rs 15,000 crore. In December last year, the RBI initiated action against two chit fund companies—Sunmarg Welfare Society and Amazon Capital—for using the name of the regulator to solicit deposits from the public. The RBI issued advertisements clarifying that it would not stand guarantee to the investment options being floated by the two companies.

“In the past, chit funds did not control the media in the way they do now. And we did not depend on such media.”
Mohammed Salim, CPI(M) leader

Congress MP Adhir Chowdhury told Outlook, “We have alerted the prime minister about the widespread prevalence of this dubious non-banking financial institution in Bengal, which I call ‘cheat funds’, because they are cheating hundreds and thousands of poor people from the villages and small towns of their meagre earnings or life’s savings.” TMC MP Somen Mitra has also sent a similar letter to Manmohan Singh, pointing to the chit fund menace in the state.

By all accounts, Bera, the quintessential ‘common man’, fits the third element of West Bengal chief minister Mamata Banerjee’s “Ma, Mati, Manush”. The question is why Mamata, whose avowed ‘honesty and transparency’ (‘shototar protik’) played not a small part in her rise, is not initiating action, or at least an investigation, against these chit fund companies?

The answer to that question is intertwined with the answer to another question: who owns some of the blatantly pro-establishment (read pro-Mamata) broadcast channels and print media houses that have mushroomed over the past few years, ever since the Left has been on the decline? The answer: chit fund companies (see box).

While Mamata has never spoken publicly in favour of chit funds, insiders reveal that “unofficially, she protects them”. In fact, it isn’t even that unofficial, if one considers the fact that among her MPs and MLAs are those who have direct links with chit funds. TMC’s industrialist-MP K.D. Singh owns a chit fund. TMC Rajya Sabha MP Kunal Ghosh edits the pro-TMC Bengali daily Sambad Pratidin and is a top boss at Channel 10. In an interview to Outlook, Ghosh lashes out at the indiscriminate stigmatisation of all chit funds, and the “dragging of all the chit funds under one generic ‘shady’ umbrella.” 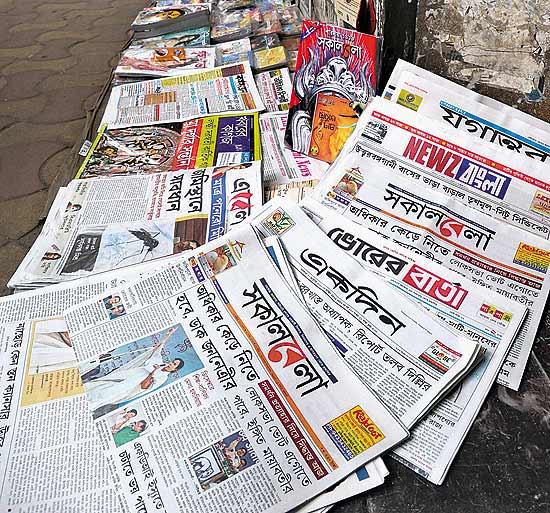 A batch of  newspapers, some chit fund-owned. (Photograph by Sandipan Chatterjee)

“A distinction should be made. Not all the chit funds are bad. There are allegations against some and I am not condoning those. All the owners of chit funds should be called by the regulatory authorities and the dealings should be investigated thoroughly and the chit funds should be brought under the regulatory bodies,” he says. Ghosh argues that the present noise about chit funds is politically motivated and a direct fallout of the TMC’s pulling the plug on the UPA-II government. As he points out, “Chit funds grew over a period of several decades, when the Left Front was in power. Why question it now?” Moreover, he observes that chit fund firms are now all-encompassing, having branched out into areas such as real estate and the hospitality industry, not to mention the media. “Chit fund companies employ thousands of people (he puts the employment figure in media alone to at least 4,000-5,000). If chit funds are shut down, all these jobs will be lost,” says Ghosh. And taking a dig at the mainstream media, which looks down upon chit fund-owned media, Ghosh asks: “The media which is shouting against chit funds, can they do without their ads?” Ghosh has a point. Advertisements of chit funds are ubiquitous in Bengal’s non-chit fund-funded, mainstream media, both print and electronic. Nor are allegations by the TMC, that the sudden flagging of the chit fund issue by the Centre is politically motivated, all that impossible.

“Chit funds grew over decades when the Left was in power. Why question it now? If they’re shut, many will lose jobs.”
Kunal Ghosh, Trinamool Rajya Sabha MP

Scores of people across Bengal—not just in villages and towns but also in Calcutta—have been duped by shady chit fund companies for decades. The notorious Sanchaita episode of the late 1970s, when investors were cheated of hundreds of thousands of rupees, was one of the first such examples.

Making a distinction between the existence of chit funds in their time and now, CPI(M) central committee member Mohammed Salim told Outlook, “What makes it dangerous is that at that time the chit fund owners did not control the media the way they are doing now. And we did not depend on such media to reach out to the people.”

Establishing a link between chit fund companies and the TMC, Salim further points out that the sectors in which the pre-election TMC manifesto promised development included tourism and hospitality—the very same areas where chit fund companies have branched out and channelised funds.

Indeed, TMC members speaking to Outlook did not openly deny close ties with chit fund firms, or even allegations that there exists a symbiotic relationship in which the companies are allowed to thrive in return for the government reaching out to the masses through the media these firms control.

The only thing to which the Trinamool must pay heed—on the pain of popular unrest—is that the masses to whom it reaches out through media flush with chit fund money are made up of the Santosh Beras of Bengal.