This is the stage where all Muslim tropes live 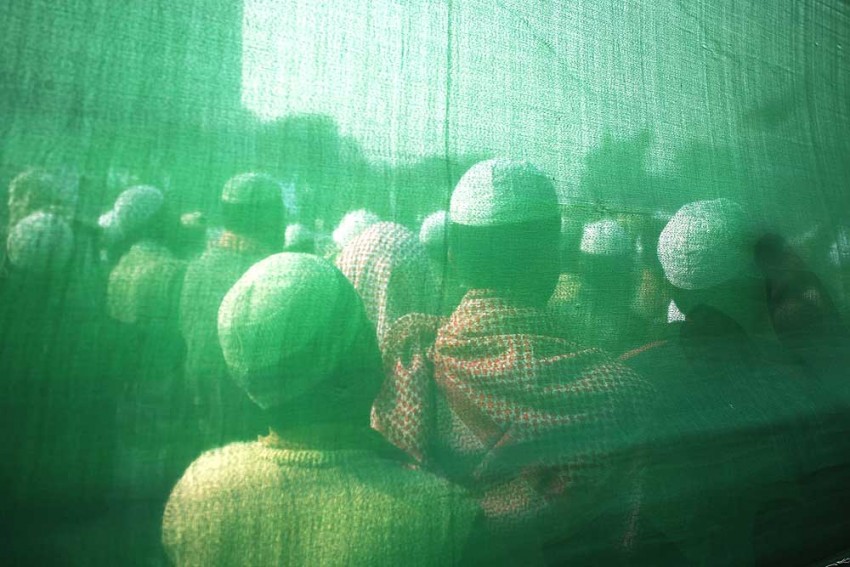 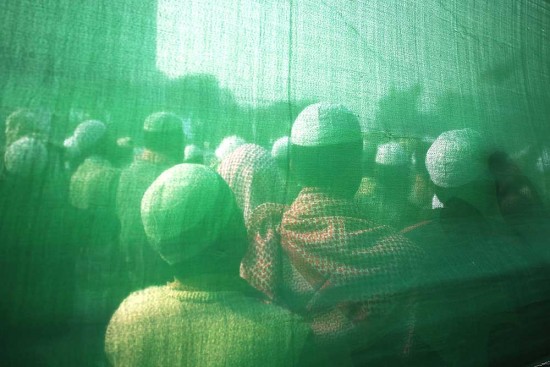 (If lightning strikes, it’s on the beleaguered Muslims)

It is the Muslim, the vanquisher of generations of past Hindus, who will be the great adversary of the new Hindu. This is the concluding note and message of Bankim Chandra (1838-94) in Anandmath. He looked upon medieval India as a period of bondage, saw in Islam a quest for power and glory, and found its followers devoid of spiritual and ethical qualities, and characterised by irrationality, bigotry, deviousness, sensuality, and immorality. In his last novel, the female warrior gains the trappings of a violent mother goddess in the climactic scene, where she urges the killings of Muslims. This kind of rhetoric is often accompanied by very harsh, even coarse, language that popularised the use of mlecchas, a term of abuse. While we know that this particular language inflected the rhetoric and the aspirations of violent Hindu communalism of the next century, we can only guess its psychological impact on those for whom the term was frequently used.

The NDA’s electoral victory has lent coherence to the Sangh parivar’s ideology, but it has made the Muslim communities spend sleepless nights. This had not happened before. Notwithstanding their litany of complaints against the Congress, they have been wedded to the Indian way of life. They have done nothing whatsoever to undermine the Constitution or repudiate the Nehruvian consensus on secular democracy. However, today’s political and intellectual climate has weakened their confidence in the state system and, what is more, heightened their insecurities. Among other things, the clamour for a uniform civil code has caused consternation. Given its track record, one wonders what is next on the Sangh parivar’s divisive agenda!

Historiography must not follow the great impulses of public life; yet, the HRD ministry’s project is to view the far distant age through contemporary conceptions. The electronic media, on the other hand, debates the imperative of jehad for contemporary Indian Muslims and the theoretical roots of ‘Islamist political terror’. Based on false principles, this exe­rcise is undertaken without realising that India is neither a centre of jehadi terrorism nor the battlefield for Islam’s future. Islam exists in harmony with other religious traditions and Muslims live in peace with followers of other religions. Why is there so much resistance to this reality? Why is plura­lity of living not accepted as a fact of life?

Every attempt at historical interpretation, wrote Alfred Cobban, the historian of the French Revolution, must stand or fall by its consistency with evidence. Let us see how this might hold true for Nirad Chaudhuri, who wrote in the mid-1960s and converted a good many English and Bengali readers to his credo. His pages pulsed with fire, emotion and hatred for the Muslims. Like the saffron brigade, he projected his interpretation, a mixture of fear and enmity, backwards and onwards. His literature of denunciation began with the Mughals and extended to a generalised hostility towards the Muslims. This was the man who claimed to have eagerly drunk in the message of 1789, the year of the French Revolution.

History can be made to supply the plot and the setting for the mind already made up. One of Chaudhuri’s central arguments is that the Muslim intellectual tradition ran wholly independent of, and without being influenced by, the Hindus. It is glaringly obvious that this proposition does not rest securely on any historical foundations. Yet, it suits the Ashok Singhals and the Pravin Togadias of today to disregard, first of all, the energy behind any form of cultural synthesis, and the fact that such energy is derived not from any external, unintelligible force, but from the sheer experience of living together. They res­ent such a synthesis with unruffled ser­enity. Like Nirad Chaudhuri, their hatred is not confined to India’s Muslims, but to the Islamic community the world over.

Nirad Chaudhuri’s ‘liberalism’ was not only hollow but it was also heavily laden with Bengali revivalist consciousness.

Often, scholars and publicists discard their common sense to feed their own petty prejudices. A fortnight ago, we saw this happen on a TV discussion on the naked Israeli aggression on the Pales­tinian. Those who saw it must have not­iced the pettiness and intellectual poverty of the participants (with the exception of Tushar Gandhi). Their ideas were so different that it is hardly realised that the men of old were of the same flesh and blood. “Nothing was more natural for us,” Nirad Chaudhuri would say in their defence, “than to feel about the Muslims in the way we did.” His teachers in school impressed on his class that Islam spread by force, Muslims abducted women, and their rulers desecrated tem­ples and forcibly converted Hindus to their faith. They also talked about the wars of the Rajputs, the Marathas, the Sikhs and Aurangzeb’s oppression. Later in life, Chaudhuri was convinced of the enormity of destruction of places of worship. During all those centuries all over northern India, he added a false note, only ruins of temples survived.

What is to be done with people who will not give any reason for their assertions and, on the other, with people who cannot understand the implications of their views? Looking more closely, it will be seen that Chaudhuri’s ‘liberalism’ was not only hollow but heavily laden with Bengali revivalist consciousness. But I have not yet mentioned the most astonishing—I ought to say, really, the worst example of his wilful blindness. Writing in Thy Hand Great Anarch!, he celebrated Italy’s attack on Tripoli in 1911, and exulted at the victories of Serbia, Bulgaria and the other Balkan states. After Turkey joined Germany at the end of 1914, he felt that the Muslims would be taught a lesson. Maybe, that is what some ‘intellectuals’ would want to happen to the Palestinians.

For Chaudhuri, history meant celebrating British rule as an age of liberation from Muslim despotism; its key objective being to prevent this ‘despotism’ from returning to Bengal when the British withdrew and to deny that Muslims could be Bengalis, and by extension Indians. “Repelled” by the prospect of living in a Muslim-dominated Bengal, he gave the impression of the Muslims growing in menace from minute to minute. The moral is simple enough: confront the devil now; for tomorrow it may be too late. It is an interesting coincidence that the propone­nts of Hindutva echo similar sentiments. Chaudhuri’s insidious thesis on the “gig­antic catastrophe of Hindu-Mus­lim discord” casts a spell over the RSS as also the recent converts to the Naren­dra Modi creed among ‘liberal’ intellectuals.

Mohammed Iqbal had written: Ai Ab-e rud Ganga wo din hai yaad tujhko; utra tere kinare jab caravan humra. Perhaps an objective study of the distant time may contribute to strengthening the secular edifice. If the place of Islam in the 21st century is permanent and that living with it as a political phenomenon is a certainty for the foreseeable future, we need to build a history that does not make ‘Islam’ and its followers the Other.

Contrary to what Najma Heptullah thinks in her new incarnation, Muslims regard themselves as a religious minority. An executive fiat or judicial judgement cannot take away the recognition they have received from the Constitution. This being the case, the state and its agencies must integrate them into the nation-building project rather than contest their status as a ‘minority’. Entitlements include access to education even if it means departing from such norms of equity as merit and indifference to ascriptive religious characteristics.

Finally, in a society where religion plays a dominant role in virtually every walk of life, it is the historian’s task to bring secularism into our discussions and to affirm its validity as a principle guiding the nation’s life. To renounce this claim is to surrender the Nehruvian project to the protagonists of right-wing ideologies—recipe for a national disaster.

(Mushirul Hasan is the former V-C of Jamia Millia Islamia. He is currently a Jawaharlal Nehru Fellow.)