Dikshit ends her tenure with a bang. Can she pull along her MLAs for another go? 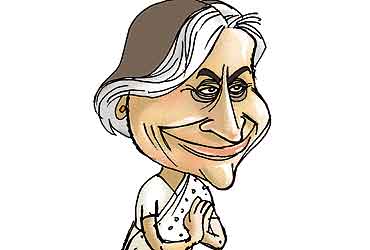 In Delhi, what appears a 'positive incumbency factor' is actually performance-linked, say poll-watchers. "It's not that incumbency works for the government irrespective of what it does. Simply put, the voters' mood reflects your work," maintains Yogendra Yadav of the Centre for the Study of Developing Societies (CSDS) which has done an extensive opinion poll on Delhi. In Dikshit's case, says CSDS' D.L. Sheth, both her own accomplishments and cumulative disgust with the Centre's ineptitude on various fronts—law and order, the economy, unemployment—have shaped voters' perceptions. "Anti-incumbency is a euphemism for non-performance. And people feel she has performed," he adds.

Positive incumbency may have given the Congress an edge in the assembly polls, but victory is by no means assured. Delhi's citizens may prefer the no-nonsense competence of Dikshit to the fuzzy appeal of her BJP rival Madan Lal Khurana, but ironically, many of her own MLAs don't quite share in that approval. The party's under-achievers are relying on the Dikshit government's equity with voters, which may not be enough to hide their poor showing.