Prickly Pride And A Suicide

The Dalit identity was one thing the judge played to his convenience. In the end, it proved disastrous. 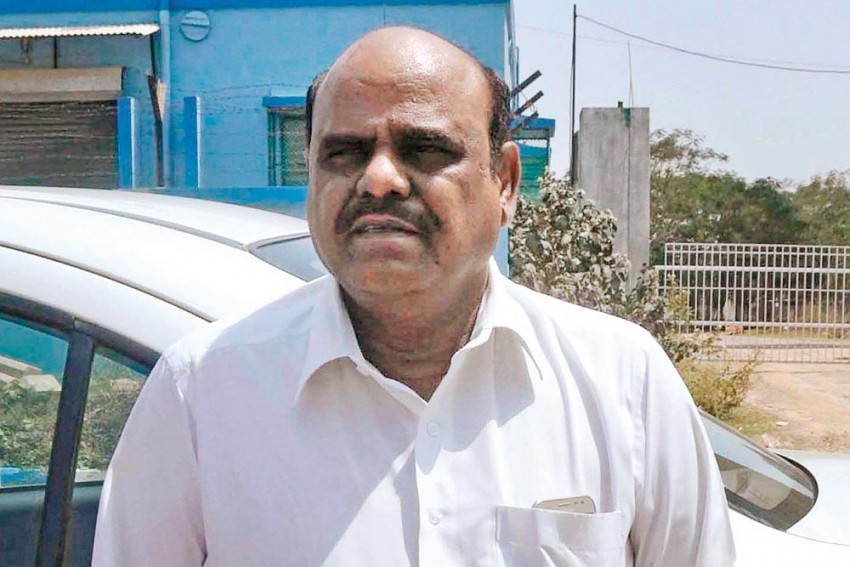 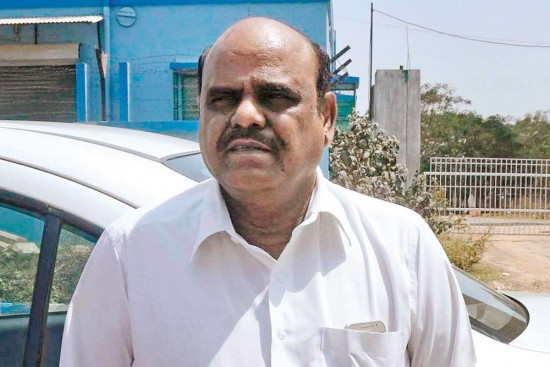 Ever since its formation on the day the country became a republic in 1950, Tamil Nadu has earned two dishonourable distinctions from its rulers. First was the dismissal of a chief minister in a case of corruption: M. Karunanidhi, in early 1976. Second was the imprisonment of a serving CM for corruption: J. Jayalalitha, in 2014. Recently, a native of this southern state added a third to the pioneering list when he, serving as a Calcutta High Court judge, was sentenced to imprisonment. The Supreme Court has sent quarrelsome Justice C.S. Karnan to jail for six months on charges of contempt.

Much like his namesake in the Maha­bharata, this 59-year-old jurist from coastal Cuddalore considered himself a victim of circumstances, notes a retired HC judge. “If Vyasa’s Karnan could never live down being the son of a charioteer, this man could not shake off his Dalit identity. All the same, much of his tragedy was self-infli­cted,” he adds.

“I feel ashamed of being part of that collegium. He should have been impeached long ago.”
Justice P.K. Mishra, HC Collegium

The jurist, born to a schoolteacher in Karn­atham village of Virudhachalam taluk, wore his Dalit tag both as a weapon and as an armour. During his Madras High Court years, fellow jud­ges reportedly kept a safe distance from him fearing he would sting them with the Dalit card. If pulled up for errant behaviour, Karnan would use the Dalit cloak to argue that upper-caste judges were targeting him on casteist lines. “Karnan’s snide remarks during the judges’ meetings unnerved many fellow judges,” recalls a former advocate general. “So much so, some of them sought a transfer out of the Madras HC.”

Three decades ago, Karnan was just an unassuming lawyer when he had no great practice in his native district after getting enrolled in 1983. So he moved to Chennai. There, being a member of the AIADMK’s legal wing, Karnan was drafted as a lawyer for the state-run Metrowater. He was also a standing counsel for a few central government departments. He even did duty as a booth agent for AIADMK candidates in asse­mbly elections.

After the death of two-time chief minister M.G. Ramachandran in end-1987, an ascension of Jayalalitha within the party led to a slide in Karnan’s clout in the AIADMK. This led the lawyer to briefly flirt with the Congress, after which he quit politics to concentrate entirely on profession. “Like most Dalit lawyers, his clients too were from the same community,” says a senior advocate. “Once he bec­ame a judge, Karnan was even-handed, going mostly by the facts of the case and not the caste of the advocate or his clients. He can be accused of many things but definitely not bias.”

“Many judges did not attend the funeral of his father. You know his mood swings are notorious.”
D. Hariparanthaman, Ex-judge, Madras HC

Many credit K.G. Balakrishnan—a Dalit himself—who was the CJI for Karnan’s app­ointment as a judge of the Madras High court in 2009. But in a newspaper interview, Balakrishnan claimed he did not know the Tamil judge personally and his name had been recommended by the Madras HC. “He was among the 300-odd judges I had cleared after various HC chief justices had proposed their names. I knew little about him,” he had said. Justice P.K. Mishra was one of the three jud­ges of the Madras HC’s collegium that recommended Karnan’s name—and had this to say: “I feel ashamed of being part of that collegium in which Justice (A.K.) Ganguly recommended his name. Justice Karnan should have been impeached long ago.”

According to a senior court repor­ter with a leading daily, things came to a flashpoint during a fellow judge’s daughter’s wedding in Chennai in 2011. A colleague’s shoes apparently touched Karnan’s leg and two other judges had giggled at the sight. Karnan lost his cool and stormed out, morphing into an ‘angry old Dalit’. He later told a press conference that the fellow judge had deliberately insulted him as a Dalit. He then accused the “brother judge” of having removed his name card from the chair, throwing it down and stamping on it only because “I happened to be a Dalit”.

Later, Karnan barged into another court hall in the High Court which was hearing petition on judicial appointments. He openly thundered that the proposed list was a “scam”, and dem­anded the bench to hear his version. Chief Justice R.K. Agarawal wrote in 2013 to the then CJI P. Sathasivam that Karnan had stormed into his chamber and abused him. “Such behaviour by a High Court judge is wholly unbecoming and needs to be curtailed,” he had said.

Points out a senior judge: “The CJs of the day thought he was just an intemperate judge who needed to be handled with kid gloves. That only emboldened Karnan. Soon, tackling him became tough.” Karnan’s shenanigans coinci­ded with a dark phase of the Madras HC when the indiscipline spread to lawyers, who used to hold stage demonstrations inside court halls. This compelled the new Chief Justice S.K. Kaul to clamp down on free traffic in the court halls, restricting entry only to lawyers with ID cards and genuine petitioners.

But there was still no stopping Karnan, as he took on Kaul. He initiated contempt proceedings against the CJ for not allotting him better portfolios “out of caste bias”. The SC stayed the proceedings. Karnan then wrote to Prime Minister Narendra Modi, accusing judges of the Madras High Court and Supreme Court, incl­uding Chief Justice Kaul, of corruption. His alle­gations against fellow judges ranged from faking educational qualifications to sexual harassment. In February 2016, he was transferred to the Calcutta High Court, which he stayed promptly before the SC put its foot down and had him moved out. The corridors of Mad­ras High Court finally wore a relaxed look.

“As a personality, it was difficult to get a fix on Karnan due to his heavy mood swings,” says a woman lawyer. “He would be joking with lawyers one mom­ent and would growl at them the next. He was quite unpredictable.” Everyone agrees that the Dalit identity was Karnan’s chip on the shoulder. “He would flaunt it to play victim, forgetting that it was only because he was a Dalit he bec­ame a judge, as his legal acumen was nothing great,” claims a fellow judge.

So much so, when Karnan’s father C. Swaminathan, who had won a president’s award, died recently, most judges refr­ained from attending the funeral, afraid that he might greet them with his notorious tempers. “How could one even think of social niceties when he was busy waging war against everyone around him,” asks retired HC judge D. Hariparanthaman, who entered the bench along with Karnan in 2009.

With few friends and no benefactors, Karnan has been reduced from a High Court judge to a fugitive from law. His descent could not have been steeper and more self-destructive.