Environmentalism presents a tortured visage to all who matter 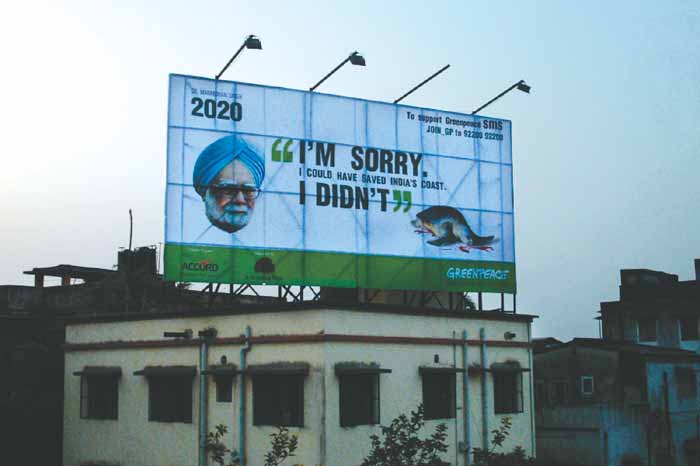 Prime ministers don’t usually get asked whether they have had their eyes removed. But then, exceptional circumstances call for extreme measures. In a recent postcard campaign featuring a bloodied skull, the International Campaign for Justice in Bhopal (ICJB) and its supporters put that question to Manmohan Singh. Why else, they added, would he be “blind” to the sufferings of victims of the Bhopal gas tragedy.

Shortly before that, the PM, Union environment minister Jairam Ramesh and Orissa CM Naveen Patnaik found themselves on hoardings—and not the usual sycophantic kind. Put up by Greenpeace in Calcutta, they featured digitally aged photographs of the three men in 2020, showing them apologising for not protecting India’s coastline. “I’m sorry.  I could have saved India’s coast. I didn’t,” one had the PM declare. Greenpeace said the hoardings were pulled down after they angered the Congress.