The villain was meant to be hated, but that is what has come to be loved about him 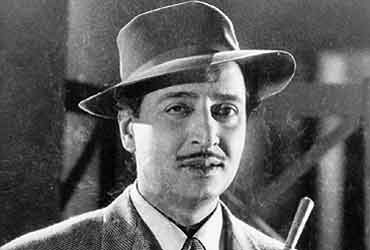 Pran starred in more than 350 films as the villain extraordinaire. He was sophisticated, well-dressed—even when it was the ubiquitous white jacket—and he was evil down to his gentlemanly white shoes. His early years in Lahore saw him cast as both hero or villain but once he had arrived in Bombay after the Partition, his oeuvre was the stylish scoundrel. He succeeded so well that he played the baddie to three generations of heroes. In those early days, he was already so typecast that when someone tried to give him a sympathetic role, as Raj Kapoor did in Aah, the audience resoundingly booted out the possibility.

The film flopped, though not for that reason alone. The actor in Pran, however, vindicated himself with Raaka in Jis Desh Mein Ganga Behti Hai. But his most memorable role remains Ram Aur Shyam for his ceaseless cruelty.