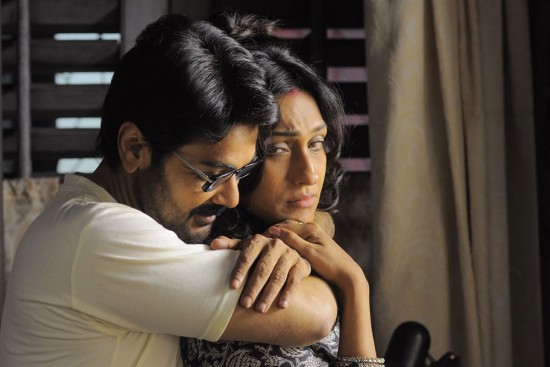 A Bengali architect (Rituparna) based in Mumbai falls in love with a Calcutta tour guide (Prosenjit) on a visit to the city, gets married to him and moves in with his family. Soon, conjugal disharmony begins to rear its ugly head. He feels overshadowed by her success. She grows bitter about her many sacrifices. Their story unfolds in flashbacks during a train journey from Mumbai to Calcutta, when the woman, now long divorced, finds herself sharing a compartment with her previous husband’s current wife.­

Up to that point Prakton documents the disintegration of a marriage with all its complexities and shades of grey. The veteran actors delineate rom­ance and exasperations...