I am a businessman first and then a politician. I don’t speak out of turn... 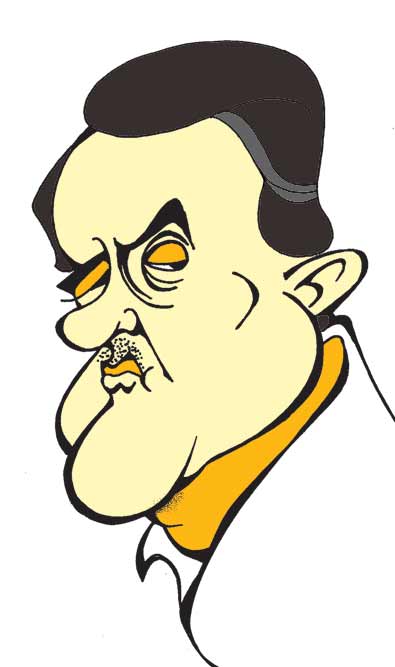 With elections round the corner, the time has come to keep all options open. In politics there are no permanent friends or enemies. Politics is the last refuge of...(I better not go there). There is no alliance which can be permanent.

I am a businessman first and then a politician. I don’t speak out of turn, particularly when elders are present. In my party, the NCP, my leader speaks first and then perhaps some of us. But I can think like Sharad Pawar and that was why I told the media that all options had to be kept open in times like this when the Congress is plunging downhill.

And I know the problems of going downhill, I have studied it from up close. You see, I am also the president of the All India Football Federation and I watched from close quarters India sliding downhill from position 125 to 198 or thereabouts. The Congress is doing the same and the NCP has to be careful or it will be dragged down along with it. You see, an alliance works only when you are winning. If you are losing, you should dump your partner and seek new allies. But what have we got in the NCP? Dumbos like Ajit Pawar!

Keeping options open! That could mean merge or demerge. Though I mentioned the possibility of the NCP leaving the alliance with the Congress, people still associate me with the greatest merger in Indian history, that of Air India and Indian Airlines. I carried out this merger thoughtfully with lots of ‘give’ but very little ‘take’. I offered juicy profitable routes to my friend, Naresh Goyal of Jet Airways (London, Paris, Amsterdam, Stockholm, Hong Kong and so on) and Naresh paid me back with his choice routes (Lagos, Phnom Penh, Upper Sahara, Lower  Congo, Central Burundi, which did not even have airports). I was proud to have effected such an outstanding and profitable merger. It’s not for nothing that I was labelled India’s outstanding business-politician!

Sharad Pawar should think seriously of walking out of the Congress-led  alliance. With the kind of confusion in the Indian political scene, the NCP ha a good chance of heading a coalition government at the Centre. After all, the national and regional parties know well the Machiavellian politics Sharadji can play with the help of the sugar lobby, cotton lobby, the BCCI lobby and the MCA lobby. This is an opportunity we should not let go of. The ‘Golmaal Party of India’ will rule India with Sharad Pawar as PM, Mamata Banerjee as deputy PM and Praful Patel, minister of heavy industry, medium and light Industries, mining, coal, civil aviation, shipping and corporates. Ha, we’ll surge ahead of the US and China in no time.