Matthew 19:6 should now be written as, ‘What therefore Praful Patel hath joined together, let no man put asunder’. 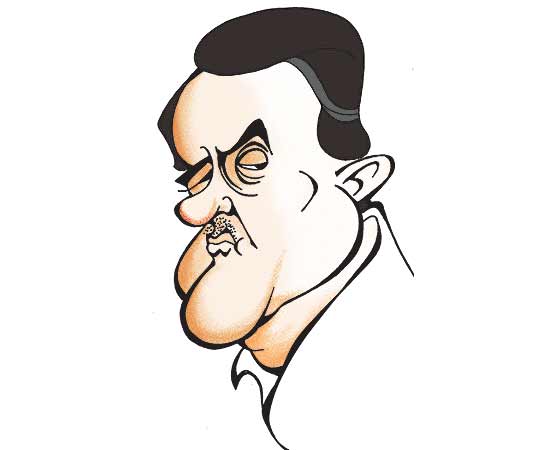 I have lots of spare time. There isn’t much happening in the heavy—or for that matter any—industry. But, to relieve boredom, I read the secret diary I maintained during my eventful days in the Union civil aviation ministry. In school, I loved history and worshipped heroes remembered to this day for their glorious deeds. Like Mohammed Bin Tughlaq, who moved from Delhi to Daulatabad and then back to Delhi; Lord Curzon, who split Bengal into two, which was later put back together, in vain; and militaristic romantics Napoleon and Hitler, hell-bent on conquering Russia.... As for me, I achieved immortality by merging the unmergeable—Air India and Indian Airlines. In the Aviation Hall of Fame, my indelible footprints are preserved for posterity. In fact, in one of the new New Testaments, Matthew 19:6 should now be written as, ‘What therefore Praful Patel hath joined together, let no man put asunder’.

The merger was unique, unexpected. Can Coke merge with Pepsi, Colgate toothpaste with Close-Up, Rajdhani with Patan-Palanpur passenger? I did it because I was a patriot. Indian Airlines needed a lift; the merger provided it with many.

While Air India pilots flew to Tokyo, Tasmania, Transylvania and other exotic locations, bringing back gifts like expensive perfume and chocolate, their poor IA brethren could only fly between Gummidipoondi and Gurdaspur, Rentachintala and Ramanathapuram, returning with sullen faces and packets of murukku, tapioca wafers or Kathakali dolls. But thanks to my merger, these pilots—trained, semi-trained or untrained—fly all over the world and are all set to use the ‘Dreamliner’ aircraft. Let me confess, I am a great fan of Hema Malini, Bollywood’s Dream Girl. Had she been in my party (NCP) and not the BJP, I would have made her my deputy minister.

I know some elements blame the merger for the current mess, including the new Union minister Ajit Singh. Look, what does a farm leader from UP know of the sophisticated civil aviation portfolio? I am told that in meetings he talks of ‘procurement price’ for aircraft, use of farm produce in the industry and a special reservation for Jats in the workforce. He did not want to meet striking pilots, but has always an ear to lend to striking farmers. Ajitbhai, in aviation there is no ‘rabi’ or ‘kharif’ season, but only peak, holiday and dull seasons.

Of course, the merger did create some problems. People with no vision are sore that the pre-merger two-airlines system made profits but the new arrangement makes losses. This was bound to happen in a big move. Look at the advantages from the point of view of (long-delayed) justice: most top officials in the merged airline are now from IA (Vineeta Bhandari, Deepa Mahajan and so on). I am proud of my title, ‘Merger King’, and can say, after the Bard: The good that men do lives after them/The evil is often interr’d with their bones.