The acidulous Ajit Pawar has to avoid trouble, match MNS in brashness 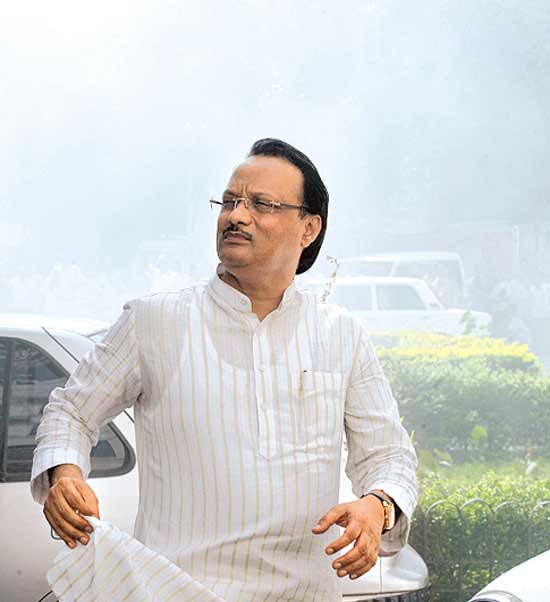 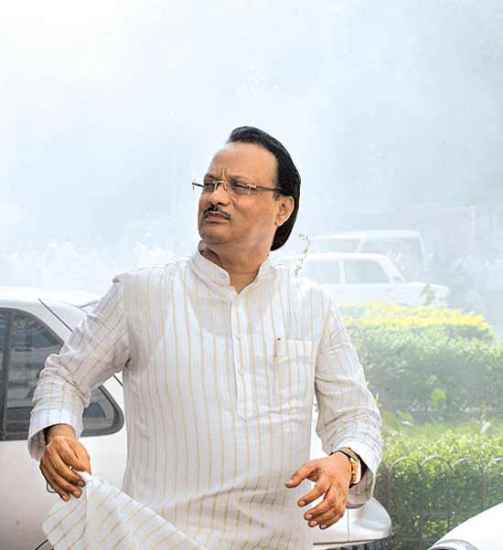 Feb 2011, on his working philosophy: “Nothing can happen in politics unless you are a thug. I am a ruffian.”

Feb 2011, on media reporting farmers’ issues:“You people should be banned...you’ll understand when you are beaten up.”

April 2013, on farmers’ demand for water: “If there’s no water in the dams, where should I get it from? Should I urinate in the dams? When there is no water to drink, it is difficult to urinate as well.”

April 2013, on powercuts, load-shedding: “I have noticed that more children are being born, now that the lights are going off in the night. There is no other work left then.”

Wish to see a man with a single-point agenda? Look no further than Ajit Pawar, deputy chief minister of Maharashtra. Sharad Pawar’s 54-year-old nephew only wants to become the next CM. Ajit Pawar is a strange mix of ambition, arrogance and aggression. All three are present in large measures, but the focus is fixed to that single, narrow goal—there is no national political ambition or vision. Unlike his uncle, he’s no strategist either. That’s clear from his recent behaviour. A statement about urinating in dams at a time when farmers are begging for water in a drought-hit state? So what? And so what if he has to apologise publicly and eat crow with such obvious displeasure?

Ajit is power-hungry enough to play at all positions on the home pitch. “In that sense, he’s a throwback to old-timers to whom only their state and constituency mattered,” says scr­ibe Sidharth Bhatia. This also isn’t the first time Sharad Pawar has stepped in to cover for Ajit. “He (Ajit) could write a book on how to alienate people and win enemies. He has no friends in politics—in or out of the party,” points out Kumar Ketkar, editor-in-chief, Divya Marathi. However, he has followers bec­ause he has Sharad Pawar’s backing and is in a position of power.

Last year, Ajit was forced to resign as deputy CM when the Rs 70,000-crore irrigation scam came to light. Amidst allegations of corruption and a strong contractor-politician nexus, Ajit claimed he resigned for the investigation to remain unbiased. “Ironical, because he stayed away when the farce of the white paper was put together and he was exonerated, but he is in power when the Special Investigation Team is looking into the matter and has already said it will not be investigating the corruption charges,” points out Parineeta Dandekar of South Asia Network on Dams, Rivers and People which has examined these proposed projects and their status. Ajit was irrigation minister for ten years from 1999-2010. As per the state economic survey in 2012, area under irrigation increased by just 0.1 per cent in the last decade despite the huge outlay.

To many, Ajit’s resignation was an impulsive rebellion. “He decided on his own and then informed his uncle. After that his uncle stepped in to ensure he was reinstated. Since NCP controls key ministries, the Congress had to accept it,” says a senior scribe. Moreover, sources say Ajit and chief minister Prithviraj Chavan can barely stand each other.

Sharad Pawar’s apologies on his nephew’s behalf are another sign of growing displeasure with his behaviour. NCP insiders told Outlook that the senior Pawar has increasing doubts about Ajit’s ability to take on a larger role. This is apparent in how Pawar has started focusing on his daughter Supriya Sule. Unlike Ajit, who was groomed by his uncle with an eye on maintaining a strong position in Maharashtra, sou­rces say Pawar has national ambitions for Supriya, who entered politics in 2006. Under that demarcation, Ajit dada, as he is referred to, will ‘rule’ the state while Supriya looks out to the Centre. 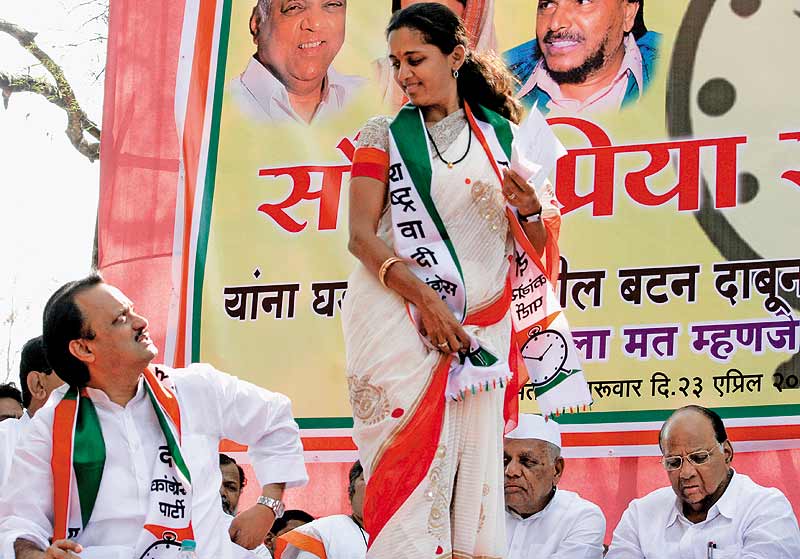 Ajit Pawar won the Lok Sabha elections from Baramati in 1991. As minister and minister of state, he has handled numerous portfolios, including agriculture, irrigation, power and finance. Ajit’s father Anantrao was Sharad Pawar’s elder brother who managed Pawar’s local political clout in Baramati. Sources close to the Pawar family say Ajit’s language and style of talking is just an example of the kind of Maratha environment he has grown up in. There’s also the fact that unlike Supriya, Ajit  had a Marathi medium education. “Whereas Sharad Pawar learnt under people like Y.B. Chavan and picked up networking and other skills, Ajit was never interested in such things,” says Ketkar.

Despite being groomed by one of the country’s shrewdest strategists, Ajit hasn’t managed to imbibe much from his uncle. His thinking in many ways continues to be provincial, his mannerisms brash—it is impossible to have a conversation with him on anything other than a current project at hand. Corporate heads say they really don’t know him, and though he is pro-industry to an extent, the connect is via Sharad Pawar. Ajit is said to have strong ties with the cooperatives (he was chairman of the Pune District Cooperative Bank for 16 years).

Unlike the senior Pawar, Ajit’s stronghold is the Pune-Pimpri-Chinchwad belt. Most of his contacts with the builder community lie in this region. In fact, so focused is he on this area that several party workers have been known to voice their resentment over his ‘excessive interference’.

In matters of interests and taste, Ajit Pawar presents a clean slate. He has no interests in art and culture, films and technology, except a liking for  expensive watches and pens. He is extremely uncomfortable in any language other than Marathi, and doesn’t attend events or parties. “You’ll never be able to refer to him as a friend,” says a senior business leader. He is such a private person that even his wife Sunetra and two sons are never seen at his campaign rallies. He is, however, known for his punctuality and decisiveness. 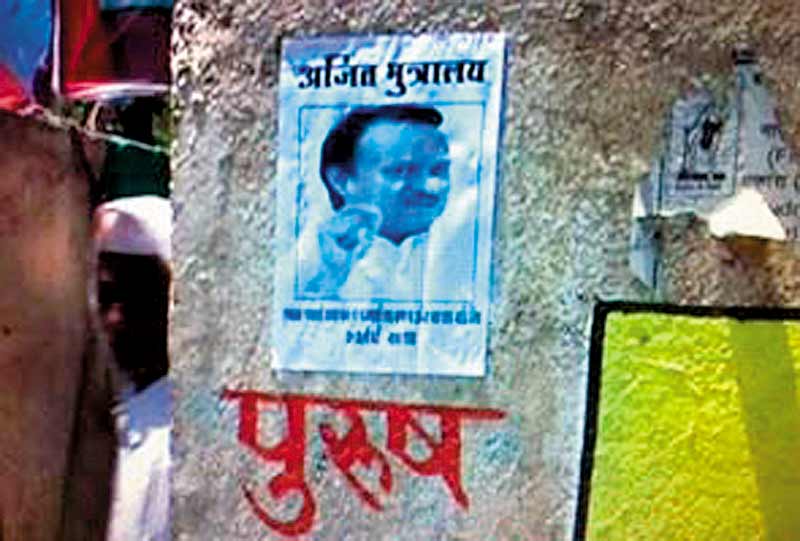 Ajit’s forcefulness has its ungainly aspects—close associates say he can cut people down to the point of humiliating them publicly, regardless of seniority. This has cost him his relationships with senior leaders like Chaggan Bhujbal and Suresh Kalmadi. But he remains extremely popular with the NCP youth wing, as he is known to back his chosen men to the finish. “He won’t backstab you. If you think he is hot-headed, you should have seen him when he was younger,” says Ankush Kakade, former mayor of Pune and NCP spokesperson.

Another party worker recalls a rally at which Ajit and NCP leader R.R. Patil were present, where the speaker’s podium was so tall that it almost wholly covered Patil. Not one to let go of the opportunity, Ajit told party workers to give Patil some bolsters to stand on so that the audience can see him. “It was humiliating to point out Patil’s short stature so pub­licly. Such is his sense of humour,” says a Congress leader.

Maharashtra state politics is at an interesting juncture in the run-up to assembly polls in 2014. With five major parties clamouring for votes, the polls will determine the fate of both Ajit Pawar and the NCP.

Despite all their efforts, the NCP hasn’t managed to emerge as a significant player outside Maharashtra. Even within the state, their influence largely extends to western Maharashtra. For some, Ajit Pawar’s political persona actually symbolises NCP’s growing disconnect with voters. “He is like a spoilt child who has been handed all on a platter. He doesn’t realise that he doesn’t really have the support of the farmers anymore, and doesn’t have the kind of influence his uncle did,” points out Raju Shetti of the Swabhimani Shetkari Sanghatana, which led the protest movement against the state government’s decision on dismantling the administered price for sugarcane. Political observers say the NCP is becoming a sub-regional party steeped in parochial politics. And this is largely due to Ajit Pawar.

Unlike the past, where political fights remained civil, the last few months have seen both Ajit Pawar and MNS’s Raj Thackeray do battle using a form of crude, bare-knuckle politics. Rude words are chucked about casually, and there have also been instances of violence, and personal attacks of a rawness never seen before. Confronted by such leaders as Uddhav Thackeray from the Shiv Sena and Raj Thackeray from the MNS, Ajit Pawar is the only option the NCP has.

The assembly elections are still 18 months away. There is perhaps still time for Ajit to mend his ways and turn things around. The question is whether he will be able to curb his natural penchant for trouble. Public memory may be short, but given the government’s poor response to the drought-hit districts, charges of corruption and Sharad Pawar’s own reservations about his abilities, Pawar junior will have to add magic to his meagre resume to stem a turning tide.

A Village Of Everything—Well, Almost