Too many hydel projects spell ecodisaster 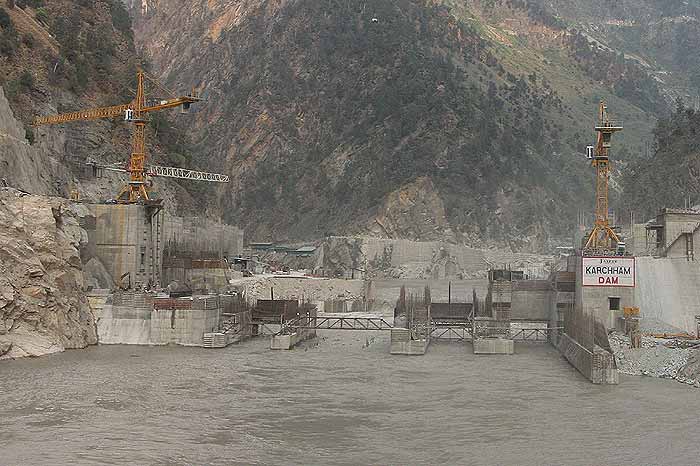 There’s trouble in the paradise of nature’s bounty called Himachal Pradesh. The quest to exploit the state’s hydel potential, an estimated 23,000 MW, is turning into an environmental nightmare. Amid fears that the government is turning a blind eye to the ecological destruction power companies could wreak, causing long stretches of river to go dry, the Himachal Pradesh High Court has stepped in to restore a semblance of  balance—while ironically, the Prem Kumar Dhumal-led BJP government, despite the flak it has been receiving, projects itself as a champion of the environment and says the state should be compensated with carbon credits for preserving its green cover.

A can of worms opened when the court appointed a committee headed by the state’s additional secretary (forests), Avay Shukla, to study the ecological impact of hydroelectric plants. Some 400 hydel projects, in the Ravi, Beas, Sutlej and Chenab basins, are in different stages of allotment or implementation, while another 600 are awaiting allotment. About half the potential hydel megawattage in the state has been allotted to central psus; about 7,000 MW has gone to private companies. The Shukla committee confined its survey to only 11 projects, but the findings are worrisome enough:

Shukla has recommended that there should be at least 5 km of riparian distance between two projects on one river and that until an expert group studies this in detail, all projects should be put on hold. The court has responded to the report with notices to the state government and the Union ministry of environment and forests.

One of the problems is that some of the private players, who entered the scene 2006 onwards, are using unscrupulous methods. To obtain ‘no objection’ certificates from local gram panchayats, they are doling out money. Sources in government say the practice is so widespread, even the public sector companies are forced to follow suit.

Allotting power projects—as with other projects and other states—has become a money-making exercise for ruling parties in Himachal. The unfortunate consequence is a rash of allotments threatening ecological disaster in a state that for long has prided itself on its hills, valleys, rivers.