Humble adda sessions and startling stats led to the Outlook Poshan initiative, moving malnutrition from the margins to the mainstream 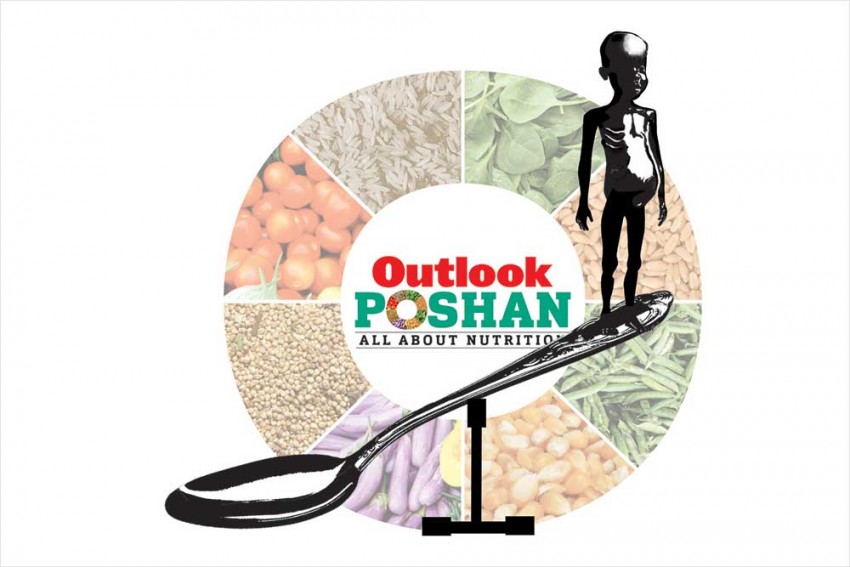 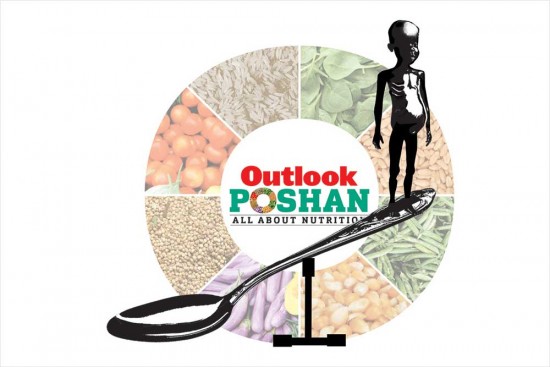 They call it differently in different places: Adda in Calcutta, my birthplace, and Khatti in Bhubaneswar, where I spent a sizeable part of my early career. But irrespective of the name given to it, I have been a die-hard fan of the leisurely conflabs around dimly lit roadside tea stalls, preferably under a tree. Despite disapproval from snooty relatives and status-conscious friends, my faith in such timeless chats has withstood the test of time.

Outlook’s Poshan initiative, wherein we are seeking to help start a conversation around the scourge of malnutrition by highlighting maladies such as stunting and anaemia, is a testament to my trust. Months into a sustained coverage of the issue that impacts our collective future, we have run hundreds of stories, including a cover. We have launched a nutrition-specific website —an attempt to simplify and amplify a complex subject deserving attention. The highpoint of our initiative has been an event, attended among others by the Vice President of India.

The noble initiative—a first in mainstream media—has, however, had humble roots: a roadside tea stall. Towards the end of last year, an old friend who works on nutrition called on me and we talked about the subject threadbare over endless cups of tea. By the end of it, he had me mortified with alarming stats: 24 per cent of the world’s hungry live in India, 38 per cent of the country’s children are stunted and one-third of Indians have unhealthy food. It startled me and we soon made up our mind to do our bit by rolling out our own Poshan initiative. Now you know why I am sold on addas.

There possibly could not have been a better time to talk about Poshan than in September, the month the government has been observing as Poshan Maah for the past two years. The nutrition month is an intense annual drive, focussing on del­ivering better health and nutrition services to children during the first 1,000 days of their lives, including the period in the mother’s womb, by bringing about improved convergence among ministries and tapping tech to monitor and track outcomes of government schemes.

This country has never been short of schemes. ICDS—a project to provide food, immunisation, health check-ups and sundry facilities to children and their mothers—has been operational since 1975. Anganwadis—sort of child care centres—have also helped the rural poor. But what we possibly lacked so far was an intent and collective conviction that malnutrition needed to be banished in entirety on a priority.

First off the block with a nutrition campaign, we at Outlook have reasons to be pleased. We are happier still to see other media houses, including a TV channel and a business daily, joining the cause. Though we generally loathe competition, this is one cause where we welcome healthy rivalry to offer a helping hand. With everyone pitching in, perhaps the initiative for a Swasth India will also capture popular imagination just as Prime Minister Modi’s Swachh India campaign, prompting positive changes on the ground.

Outlook prefers to hold its horses and desist from patting itself on the back for the time being. Though media is generally considered an agent for change, my experience tells me that our ability to change lives is limited. In our bottomless craze for chasing headlines, we drop the ball far too regularly and are often distracted from issues that matter. The story of Banita from Odisha’s Kalahandi district is one such shameful reminder of media’s collective impotence. Driven by poverty, her aunt sold her several decades ago to a blind man for a couple of hundred rupees. The news shook the nation’s conscience, pitchforked Kalahandi into epithets like India’s Ethiopia, and moved then PM Rajiv Gandhi to visit the place and adopt the district. As it always does, the news died out only to rear again after a decade—Banita, by then a mother of several children, was living with the same man. To be considered man and wife, local tribal custom required a couple to host a feast. With no money and no feast, Banita was condemned to the life of a mistress for ten years until a politician funded the all-important meal.

Likewise, will Ruby Devi of Dondagada village of Jharkhand be left to her own fate? In course of our Poshan initiative, we featured this poor widow in one of our recent cover stories. Her story is heartbreaking. Her husband died of hunger and she is left with two children without a morsel of food at home. She has no ration card, no Aadhaar card, no avenues to secure help. Will our story bring any solace to her? Media stories on Banita did little for her after all.

As a neo-convert to the cause of nutrition, I spearhead Outlook’s health initiative passionately, knowing well that I am not its ideal ambassador. Among everything else, I am still struggling to kick my old habit of smoking, particularly with friends at addas. Practicing what we preach is something that remains a challenge for many. I am no exception.

(The writer is editor-in-chief, Outlook)