Portrait Of A Young Man As Courage Incarnate

He stood up for rape victims. And had to pay with his life. 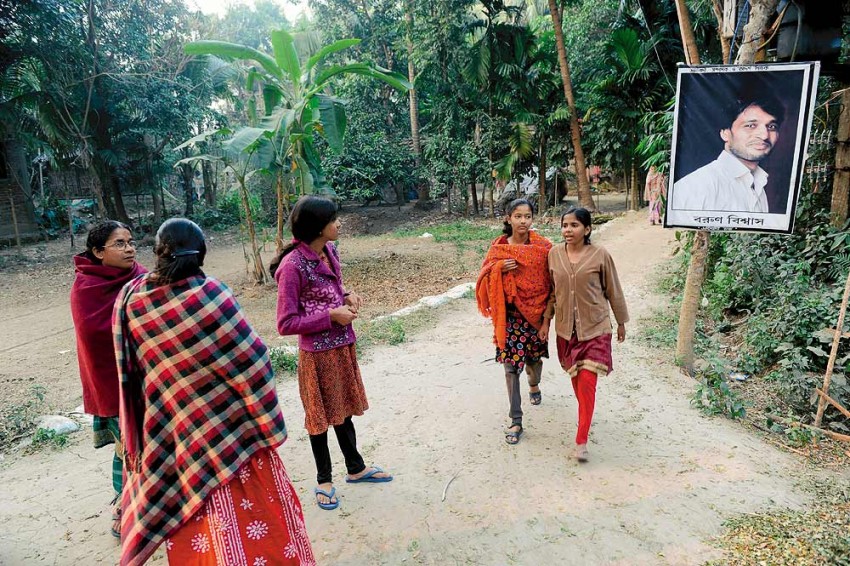 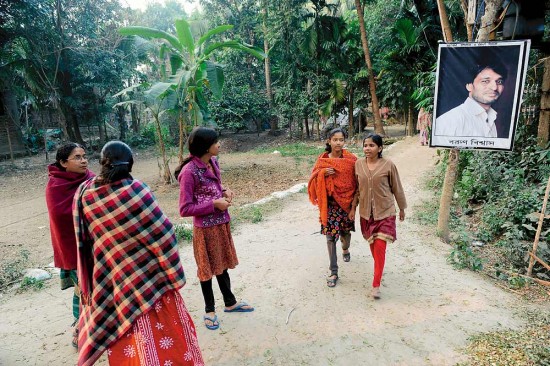 IF you get off the main road at Gobordanga, a small town in West Bengal’s North 24 Parganas district, close to the India-Bangladesh border, and take the tiny road that leads to a picturesque little hamlet called Sutia, you would notice the poster of a handsome young man on a tree. In fact, most of the young girls and women who live in this area love him. “Everyone wanted to marry him regardless of their age and marital status,” laughs Promilla Roy, the young man’s elder sister.

But he died unmarried at the age of 39. Barun Biswas was shot dead on July 5, 2012, while returning from work. A schoolteacher, he taught at the Mitra Institution in Calcutta and would take the train back home every day. That day, as he got off at Gobordanga station, someone pumped a bullet into his back. Mastermoshai, as the locals called him, was loved by many—but equally hated by a few. The Calcutta press may have focused on the Park Street rape, but this is the little-known story of a man who fought against rape in a remote corner of the country and died fighting it. He is a hero of our times.

Till some years ago, Sutia was referred to as the “village of raped women”. Every night, some girl or woman would be picked up from her house and raped by a notorious gang of criminals operating in the area. “No one had the courage to stand up to them because they carried guns and other weapons and had powerful connections with politicians,” a village elder named Nonigopal Poddar told us. He pointed to a sprawling paddy field with a large clearing in the middle. “There used to be an old decrepit house in this spot. Initially, the gang would bring the victims here and rape them. But later they started barging into their homes at night and raping them in front of their parents, husbands and other family members. After that, they would just randomly pick up their victims at any time of the day and night from any and every where.” This gang unleashed a reign of terror that lasted for a period of over six years from 1997 to 2003, years of Left Front rule in West Bengal. 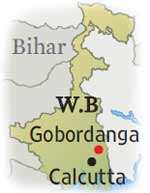 One day when he heard the screams of his neighbour being raped, Barun got up and said, enough is enough.

Then, one night in 2002, Barun, who was 29 then, heard the screams of his neighbour, a young girl, who was being raped by the goons. Enough is enough, his sister Promilla recalls him as saying. Swinging into action, he promised the women that he would ensure that the criminals were punished and they got justice. And he kept his word. He led the girls and women of the village into a sustained and systematic protest and started an organisation called the Pratirodh Mancha (Protest Committee). The intense pressure brought on by the campaign ultimately resulted in the main leaders of the gang, including the kingpin Sushanta Chowdhury, being arrested and subsequently convicted of various crimes, including extortion and multiple gangrape.

“We all felt protected by him,” says a girl of the village. “He was our saviour.” According to the locals, 80 women in the area were raped by this gang over a period of six years, some repeatedly. “They raped indiscriminately,” says Promilla, “sparing no one. From young children and girls to married women and middle-aged ones.”

Villagers say that contrary to some theories that the crime in the area was due to infiltration from across the border, it was the locals who were responsible. Nonigopal Poddar, now a member of the Pratirodh Mancha, says the rapes seemed to have started after the floods of 1997, when the entire area was submerged under water and most of the villagers moved out. “When we returned eventually, Sushanta Chowdhury had established himself here, making a living by means of extortion from shopkeepers and other businesses. They also enjoyed political patronage, so even the police could do nothing about them. The rapes were part of this unbridled criminality,” he explains.

Consequent to Barun’s efforts, five men were sent to jail. It was this vengeful group, it is believed, that put out a contract for his killing. Thousands attended Barun’s funeral. Now, six months after his death, there is a creeping sense of fear. Sister Promilla, for instance, has received threats that they are going “to get her”. She lives alone but some of the girls from the neighbourhood like to keep her company. She is, after all, the sister of their hero. Sisters Piyali Bose and Priyanka Bose spend the night at her house sometimes. Sometimes 12-year-old Arpita Majumdar too sleeps over, as do others.

Parbati Biswas, Barun’s sister-in-law, who lives nearby, smirks at the theory that Bengal is a safe place. “We heard what happened in Delhi and saw the protests on TV,” she says. “But aren’t we Indians? Why are we so neglected? Just because we live in a remote village, is it okay if our girls and women get raped? And when the only person who has the audacity to stand up to injustice dies, there is no protest?”

“He was not scared of death,” Promilla intervenes. She takes us to his room. There is a shelf crammed with books. A mouth-organ and a flute lie near the pillow on his bed. There is also a half-open book. “He read a lot,” his sister recounts. “He also sang very well. And played these instruments. He was exceptionally generous and spent most of his salary on the poor, buying them books, medicine, food. Since childhood, he was different. He was special, a saviour. But we could not save him.” Will it be the rule of the jungle again?