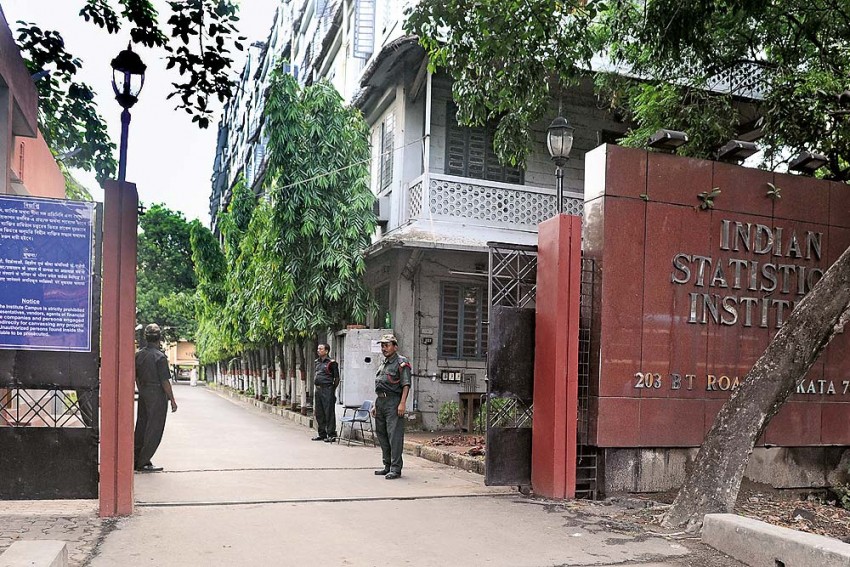 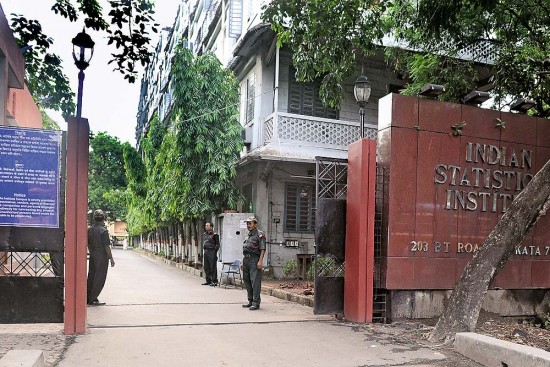 “How many signatures do we have now on the petition for reinstatement?”
“22”

“What! Out of 174 faculty members?”
“There are others who want to sign but are scared”

“But isn’t it a toned down version of what is online?”
“Yes, but still there is apprehension”.

“It’s unusual for him to be late. He had asked me to meet him at 1 pm”:
A research scholar waiting for ousted director Bimal Kumar Roy.

At the main campus of the Indian Statistical Institute in bustling Baranagar on the outskirts of Calcutta, the atmosphere is a bit tense. The ‘emergency’ decision by the Union ministry of statistics and programme imp­lementation, under which the ISI functions, to terminate the tenure of the director a month and a half before the end of his five-year term appears to have cast a shadow over the institution.

What’s intriguing is that the director, Bimal Kumar Roy, a professor at the ISI since the ’80s, was conferred a Padma Shri earlier this year. Even more curiously, the notification from the ministry does not mention any specific charge but merely expresses apprehension that if allowed to continue, he could engineer irregularities or instigate others to do so.

While the chairman of the ISI governing council, BJP leader and former Union minister Arun Shourie, has defended the decision, even suggesting that the ministry was not left with any other option, many are not convinced. They are even more upset at the recent imposition of hyperactive security and surveillance in the campus. Visitors are screened thoroughly and a close watch, they say, is being kept to monitor who meets whom and for how long. A gag order was also issued, barring people from talking to the media without the approval of the new director-designate, who was to take charge in August but was asked to do so immediately. “This is the ultimate humiliation and the beginning of the end of our freedom of thought and speech,” says an irked member of the faculty.

Roy’s tenure seems to have been popular with both students and staff. His ‘inf­ormal working style’ and ‘easy accessibility’ repeatedly comes up during con­­versations. “For any assistance req­uired, academic, administrative or even personal, we could approach him and he would do his utmost to help,” says a res­earch student. A professor rem­arks, “It’s not as if the new director would not do that, but the manner in which Roy was removed has left a bitter taste.... It is not just unfair on him but also on director-­designate Sanghamitra Ban­dyopadhyay because, in spite of being perfectly qualified, she is now forced to take over in a situation vitiated by controversy.”

The notice served on Roy mentions as grounds for his dismissal the possibility that towards the end of his tenure he may indulge in “propagation of indiscipline and mischief, including acts of financial and administrative impropriety”. Stra­nge words for a director who by all accounts acquitted himself well in the last five years. Even academically, Roy has done pioneering work on cryptology and has been instrumental in introducing a course on it at the ISI, where he is head of the Cryptology Research Group.

The rude decision to sack Roy, sources say, follows his refusal to sign the minutes of a meeting of the ISI council, held in Bangalore in April to discuss, among other things, the appointment of a new director at the end of Roy’s term. Roy, it seems, was among the nine applicants in the fray and hence recused himself from the meeting. According to anonymous sources, when it became clear that the chairman and officials favoured Band­yopadhyay, one of the members objected. According to the ISI Act, in case of an objection in the council, the matter is put to vote. But in this case no voting was done. And then minutes were drawn up that, these sources allege, were at variance with the audio recording of the meeting. This alleged discrepancy in documentation was cited by Roy as the reason for his refusal to sign the minutes when asked to do so. The sources also complain that applications for the audio recording to be made available under the RTI Act is yet to be entertained.

A professor who is critical of Roy’s stance told Outlook, “It was not expected of an academic of his stature to question the council’s decision. If he had graciously accepted it, he would have continued to discharge his duty as director till the end of his term.”

In fact, Roy’s detractors mention the very qualities for which he is well-liked. They cite his ‘informal’ working style as the reason of his undoing. One of them claims that Roy had once sanctioned a Rs 22 lakh medical bill for the treatment of an ISI alumnus. The former student, a cancer patient, died but Roy’s decision ear­ned him both praise for his generosity as well as criticism for not following protocol in clearing bills. Some point out that such ‘informality’ leads to lack of transparency as decisions, including fin­ancial decisions, are taken verbally rat­her than issued formally, in writing, which lends itself open to ‘irregularities’.

“The Centre has no business sacking the director at this stage. It smacks of arbitrariness and high-handedness.”
Om Prakash Mishra, Professor, Jadavpur University

Some argue that Roy’s application for a second term as director was rejected by the council primarily for his ‘informal’ working style, and the premature termination of his tenure was the result of his refusal to adhere to the council’s decision. Others say that “there is no precedence of an ISI director serving two terms, consecutive or otherwise”.

Some suggest that it’s a political decision. Roy is said to have shared cordial relations with former PM Manmohan Singh as well as President Pranab Mukherjee, both Congress leaders. This may have been a reason for Shourie to wish to replace him, they say.

“Unfortunately, political interference in educational institutions is a reality in India and it is crippling the system,” observes Om Prakash Mishra, professor of political science at Jadavpur University and a Congress leader. “The government had no business sacking the director at this stage of his tenure. It smacks of arbitrariness and high-handedness of the Centre. I see no other reason....”

What lends legitimacy to those accusations of ‘high-handedness’ and ‘arbitrariness’ against the council—which, incidentally, was not unanimous in its decision to remove Roy—is the lack of transparency surrounding the matter. Outlook’s request for a meeting with the director- designate at noon was met with this res­ponse: “She will reach office around 6 pm, after which we will inform you whether she would speak or not.” There has been no reply even after 24 hours.

More suspicious is the manner in which the administration clamped down on the faculty in a matter of hours. While teachers and students freely interacted with Outlook in the morning—though choosing to remain anonymous to a man—pre-fixed evening appointments had to be called off as they were suddenly asked to take permission from the director-designate before speaking on the matter. They couldn’t even be appr­oa­ched: The slackness of security in the morning—there was no sentry at the gate—gave way to an inexplicable water-­tightness by evening. Prom­pted by people on the phone, the security chief blocked Outlook’s entry to the campus.

The most professional response came from Roy himself. The professor, who will continue to teach at the ISI, res­ponded promptly to our e-mail request for an interview thus: “I have restrictions from the Institute on talking to media. So, even if I would like to speak for myself, I am helpless. You may seek permission from our director-designate, who is currently officiating by an order from the ministry. Thanks”.

‘Sikh Victims Of ’84 Won’t Get Justice In India’