Populism To Kill The Best 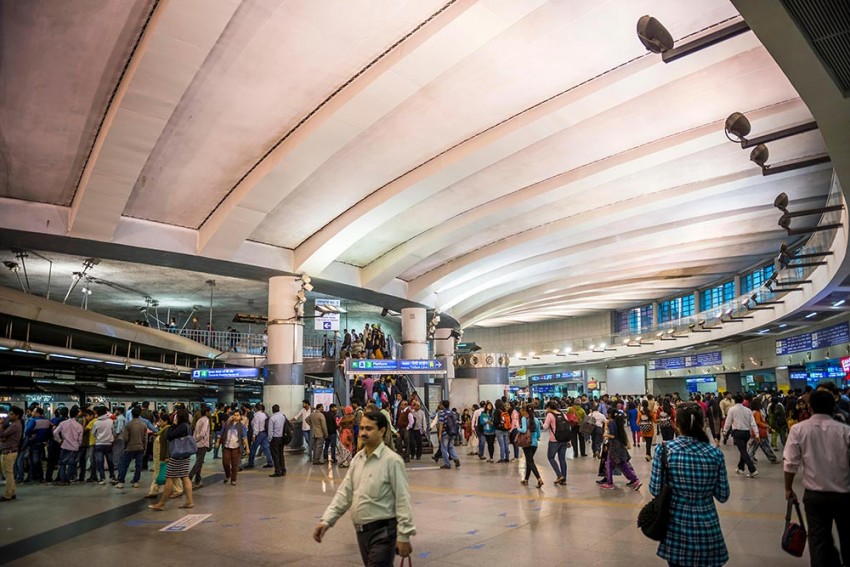 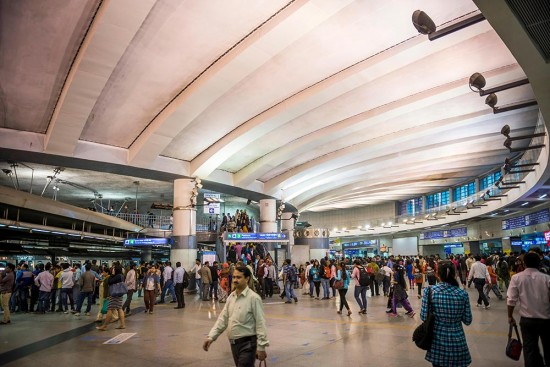 The 2.6 million-odd daily comm­uters travelling on Delhi ­Metro, by far an efficient system, have had little to gripe about the swanky network. ­People marvel at the sight of its sleek trains snaking around the city. The love affair seems soured of late, with the network’s dec­ision this May to raise fares—the first time in eight years.

Political parties and the Delhi government are in up arms. Commuters too are fretting over the hike in a country where populist politics ensures public utilities are priced rock-bottom low. How low? One yardstick is whether a utility—anything from power to water supply—is all­owed to generate enough revenue to recover maintenance costs, if not the upfront capital cost of setting it up. (Even subsidy-supporting economists now agree on the need to realise the upkeep costs from consumers, if not the latter.)

The Delhi Metro Rail Corporation, which is the public firm that runs the system, therefore, finds itself in a ‘damned if you do, damned if you don’t’ situation. If the Metro doesn’t recover its upkeep costs, it is bound to sputter. Delhi chief minister Arvind Kejriwal, who is opposed to the hike, wants to put fare revisions on hold. He sent that req­uest to the Centre, which responded by saying that deferring the hike was possible only if the Delhi government pays an average of Rs 3,220.8 crore for the next five years to the DMRC to make up for the forgone fare hike. In response, Kejriwal has said his government would pay 50 per cent of the amount if the Centre pays the other half. The new fares, meanwhile, have taken effect. More than a standoff, it’s now a spat bet­ween the urban development ministry and the Delhi government.

The DMRC’s could thus be a larger test case of how to run other Metros, which are spreading fast to many Indian cities: should fares be continually subsidised or should they be indexed to rising costs of running the system.

Here’s why. Let’s try to imagine what the snapshot looks like to someone handling DMRC’s finances sitting at its corporate office. What does the ‘cost curves’ of Delhi Metro look like to him? True to textbook theories of how rising or falling costs affect any business, the Delhi Metro’s average total costs dec­lined initially as it spread its fixed costs over a large and expanding network. However, its marginal costs (the costs of adding every extra km of train ride) have been rising, which is bound to happen due to the law of diminishing returns. For instance, the room to add more ridership on an existing line will eventually hit a natural ceiling.

In plain English, this is what the implications are. Given that Delhi Metro is still young, it can still manipulate costs to keep losses at a minimum, provided it can steer fares towards pre-determined rem­unerative levels and also generate additional revenue from diversified sou­rces, such as ads and real estate.

On the other hand, such a luxury doesn’t exist for the Delhi Transport Corporation, the bus behemoth, simply because of its piling accumulated losses. That means, only a bailout will work. In contrast, the Delhi Metro, currently loss-­making, can still hope to avoid the likelihood of future bailouts if it keeps indexing fares to rising maintenance costs, which is exa­ctly what it is doing. To be sure, Delhi Metro has been rem­arkably efficient despite making loss. There are two ways to measure that. The first is its exceptional ability to reduce losses sharply, a rarity in public utilities. Its net loss during 2010-11 was Rs 413 crore. In 2011-12, this came down to Rs 185 crore (see graphic). This pattern is visible in other years too. This see-saw—of rising or decreasing losses—has to do with augmentation of non-rail revenues in certain years. This means Delhi Metro has managed to trim losses at times without fare hikes purely bec­ause of effici­ency gains and diversified business verticals.

The other measure of Delhi Metro’s efficiency gains is borne out by the operating ratio, or how much it has to spend to earn Rs 100. This is curr­ently 89 per cent, comp­ared to Indian Railways’ operating ratio of 109 per cent, meaning it spent Rs 109 to generate Rs 100. In Delhi Metro’s case, the operating ratio means it earns a surplus but this soon turns into losses when it has to factor in other costs, such as servicing of debt, maintenance and taxes, before calculating profits or losses. For instance, 34 per cent of its input costs goes into electricity for running trains and power exp­enses have gone up 100 per cent since the last fare hike.

“The revision in fares is due to increase in the cost of inputs including the staff costs, the cost of energy and the cost of repair and maintenance,” says a Metro spokesperson. According to DMRC’s fin­ancial details, the rate of industrial dearness allowances has increased by 95.5 per cent since the last fare hikes in 2009, while the rate of central dearness allowance has shot up by 103 per cent. The average rate of minimum wages has risen by 156 per cent.

Being young, Delhi Metro can manipulate costs to clock minimal losses, if it can resort to a couple of wise moves.

DMRC is jointly owned—equity-wise—by the Delhi government and the Centre. How­ever, the corporation cannot raise fares on its own. Rather, an independent fare-fixation committee decides on its pleas for a hike.

This latest fare revision has been imp­lemented in two phases with effect from May 10, 2017 and October 1, 2017. There are now a total of six fare slabs against the existing 15 fare slabs with a min­imum fare of Rs 10 and a maximum fare of Rs 60.

This is the fourth time Delhi Metro has raised fares. When the 1995-founded DMRC started operations on December 25, 2002, the minimum fare was Rs 4, while the maximum was Rs 8. In March 2004, the fares were revised for the first time, with the minimum fare revised to Rs 6 and maximum to Rs 15.

The second round of fare hikes, which took effect on December 31, 2005 after a gap of one year and nine months, upped the maximum fare to Rs 22, leaving the minimum unchanged. The third round of hikes on November 13, 2009 saw the minimum fare reaching Rs 8 and the maximum Rs 30.

The costs of a loss-making and crippled public sector ultimately come back to hurt more, according to Raya­prolu Nag­araj, an economist with the RBI-founded Indira Gan­dhi Institute of Development Research in Mumbai, who suggests linking fares in utilities, such as the railways, at least to the wholesale price index.

“The problem is perhaps best illustrated by the railways, whose prices declined by as much as 39 per cent since 1990-91 (relative to general prices) as the administered prices (art­ificially low fares) did not keep pace with inflation,” argues Prof Nagaraj, who presented the evidence in a study. “This starved it of much-needed revenues, compelling it to seek budgetary support. A simple computation suggests that if railway fares had kept pace with the wholesale price index, in 2011-12, the add­itional revenue would actually have not only covered its financial losses, but also more than met the budgetary support provided for capital investment.”

Instead of arguing for no fare hike at all, would the government do well to provide che­aper differential fares for the poor? “In that case, you would only be moving towards targeted subsidies, meaning you would still need to keep a huge segment of fares low, necessitating new subsidies,” says Sandeep Singh, a former official who served on the railway’s expenditure committee. “The best way is to calibrate fare hikes within reasonable limits.”

On the flip side, the soc­ial costs of the Metro’s fare hike could be high for low-income commuters. Following the hikes in May, DMRC’s average daily ridership came down to 2.65 million from 2.75 million in April. At current maximum fares, a daily wager earning Rs 400 will spend close to one-third of his earnings on a back-and-forth metro commute if he is one among long-­distance commuters.

Is there a way to avoid fare hikes, given these high costs for the poor? True, Delhi Metro’s fare hikes have been periodical, but not arbitrary. The fare fixation committee represents both equity partners—the Delhi gov­ernment and the Centre—besides a retired judge. To guard against pol­itical interference, the fare fixation panels have a statutory status, woven into the Delhi Metro Oper­ations & Maintenance Act, 2002.

The social costs of Metro’s fare hike can be high for low-income commuters. A slide in daily ridership this April is proof.

In an official response to the fare hike, CM Kejriwal has advocated the “Hong Kong model” as worth exploring. It is certainly worthwhile to look at succe­ssful models, but the political-­economy conditions vary from markets to markets. The Hong Kong Metro model follows what is called a ‘Rail plus Property Model’. Delhi Metro too dabbles in real estate, but Hong Kong’s MTR Corpora­tion has a highly successful self-financing formula, acc­ording to a McKinsey report. Its highly customised model means it actually makes a profit. For instance, MTR stri­kes deals with shopping malls and takes a cut from companies for doorstep servicing of business distr­icts. It owns business towers and has pricing agre­ements with developers. Well, this means real estate dev­elopers can take the Metro to where they want because they share profits with the metro.

Without these innovative diversifications, capital-intensive metros can never break even. The New York subway still depends on grants for up to 45 per cent of its expenses, according to data from the American Public Trans­port Association.

The bottom line still is that the fare revisions of Delhi Metro, with 164 stations and 314 trains now, cannot be called exorbitant and it still hopes to avoid ext­ernal bailouts, despite being loss-­making. The per-km ride rates are still low: for a 57-km ride on the Blue Line—the longest route—the maximum fare translates to just about Rs 1.06 per km. A recent study showed that, on ave­rage, getting to a Metro station can cost up to 20 per cent more than an act­ual Metro ride for that distance.