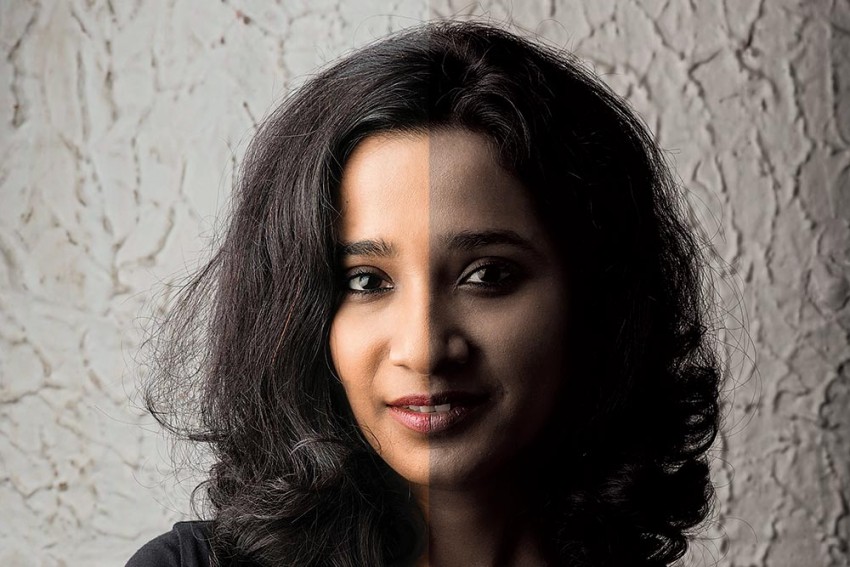 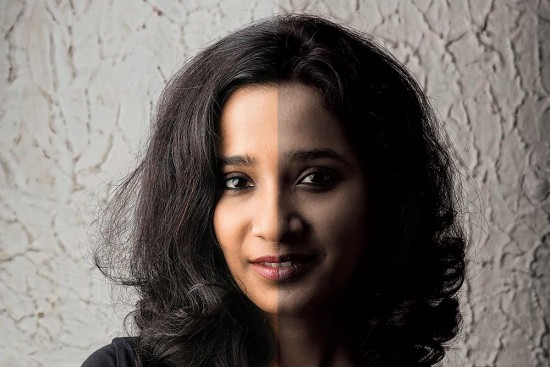 Recently I walked out of a comedy show because in the name of “roasting”, I was being targeted for my skin tone. I had gone there to promote my film, but the jibes were prejudiced, and neither original nor funny. To begin with, the atmosphere of the “comedy” had already been vitiated by a flood of rape jokes. All in all I had a visceral reaction and felt suffocated by the goings on. Even after I got back home, I was deeply troubled and wondered about the role of mass culture in a democracy and who the “masses” are.

I don’t believe in censorship, but then I do wonder about how free should free speech be? Is free speech just about defending the right to offend? Offend, yes, but we must ask to what end the ­offence and who benefits from it. In a complex ­democracy like India, these are basic questions that everyone should ask.

I was trying to tell the show organisers, “Please do something funny. Rape or colourism isn’t funny.” But I ­realised I was illegible to them.

One day I was reading a survey about a premier educational institute in India and it reminded me of a famous quote from Charlotte Bronte: “Prejudices, it is well known, are most difficult to eradicate from the heart whose soil has never been loosened or fertilised by education: they grow there, firm as weeds among stones.” The survey concludes that only some—not all—prejudices could be eradicated by education and discussions because most become a part of our identity and being. When people are deeply connected to certain ideas right from their childhood, through all forms of popular culture, education alone cannot change those influences.

When I walked out of the popular comedy show, I did not expect to make it to the national headlines. But my personal act became a public stance bec­ause many people related to the problem of ‘colourism’ in India. As consumers and producers of mass culture, we must bear some responsibility for and show some understanding of how we end up reinforcing prejudice. In our popular comedy shows, we see men dressed as women, body-shaming jokes, rape jokes…mostly jokes steeped in gender, class and caste biases. The ready argument offered is “Well, people find all this funny!”

A man dressed as a woman, speaking in a squeaky voice, is funny. People are ridiculed in these shows and made fun of by saying things like “Oh you look like a low-class servant.” This is offensive, but again, I must ask, to what end? Comedy in India is scared of making fun of powerful institutions. It has lost its sense of humour. Often I am told that contrary to my expectations of satire, which is a more sophisticated form, this is called “relief humour”, appealing to the masses. Blaming this vacuity on the “masses” is lazy and elitist. It also fails to make a distinction between joking and bullying.

In the show that I walked out of, they laughed at my complexion. Also that particular episode was a Bollywood villain special. In celebrating villains, the comedians were constantly cracking rape jokes. When I walked out and voiced my concerns to the organisers, I realised I was completely illegible to them. I was trying to tell them, “Please do something funny. Rape or colourism is not funny.” Their only reply was “But we told you it’s a roast and these are just jokes. Please don’t take it seriously. We did not mean to insult you.” Others said, “Come on, if we take everything so seriously, we will have no humour left.” All I am saying is that the very privilege, which allows systematic marginalisation of people in this country, also disallows you to even hear me, forget about understanding me!

Popular culture in India has made issues such as caste, gender, rape and colourism a joke, among many such problematic ideas. And it is so deeply ingrained right from our childhood that many fail to see anything wrong with it. A friend of mine told me that her six-year-old son watches a popular mythological show on TV. He is glued to it because all his friends in school watch it as well. So he will watch it, no matter what. Apparently, all the goons in the show are dark-skinned. In the south Indian film industry, most leading actresses are cast from north India even when they don’t speak the southern languages. The reason is obvious: obsession with the fair, northern complexion.

Fairness creams are popular across India and many Bollywood stars endorse them. There are ads in which some dark girl gets rejected at a job interview and then, after using a fairness cream, miraculously regains her confidence and lands the job as well. The message: fair skin not only brings beauty but also jobs. Our education, hard work and talent get upstaged by fair skin.

Most matrimonial ads in India have specifications of caste and skin complexion, especially when it comes to “Brides Wanted”. The whole idea of fair or dark clearly has roots in our caste biases. And maybe the idea that lighter skin is superior comes from both our colonial hangover and our still quite resilient caste system. Even though men too face discrimination for their complexion, it is nothing compared to the social pressure on women.

In south Indian films, most leading ­actresses are cast from north India, even when they don’t speak the southern languages.

“Bure nazar waale, tera muh kaala (The evil-eyed one will get a black face),” is found written on the back of many trucks. In parts of eastern India, the darker skin tone is referred to as “moila” (dirty). When I pointed this out to a friend, he reminded me that even in English families have “black” sheep.

Stereotyping through various modes of popular culture is the most dangerous tool for the propagation and perpetuation of deep-rooted prejudices. When I began working in the Indian film industry, I was told that I would easily fit into a slot because of my complexion. And, indeed, every character offered to me was of tribal or rural origin. Urbanites with money and access to education have lighter skin tones and poorer people in the villages have darker skin tones—this stereotypical binary is deeply ingrained in us. There have been many times when I was playing an urban, educated character and makeup artists would tell me, “Why don’t we make you two shades lighter, because this is an urban character. She speaks English and is educated.” It is exhausting to even think that in 2017 I have to address such basic prejudices and write about it. The list of prejudices—about ‘dark’, ‘woman’, ‘English’, ‘Hindi’, ‘Muslim’…—championed through stereotyping in popular representations across the world is long.

Every now and then, I am also told it is about demand and supply. That popular culture is created for people who consume these popular notions. What can be done if that is what people want to watch? Last summer we saw the release of a phenomenal Marathi film, Sairat, which proved this notion to be just a lazy excuse. Taking on caste politics and honour killing, the film became a huge blockbuster, and even crossed over with subtitles to a non-Marathi-speaking audience.

On the face of it, it is a regular Romeo-Juliet narrative. Rich upper caste girl meets poor lower caste boy, they fall in love and the upper caste family opposes it. The lovers elope, but social pressures don’t allow their love story to end the way the audience has been gently and powerfully led into wanting. It had all the elements of Bollywood film-making. Great song-and-dance sequences, high-speed shots, a cute hero who played cricket well and was a topper in class—ticking every box of ‘real Bollywood hero’. Except he was not macho. The girl, on the other hand, drove a tractor and did things that are not traditionally feminine in images of popular culture. It took all the elements of Bollywood and turned all the stereotyping on its head. It broke gender biases in the way it was cast and the way the characters and scenes were written. It spoke effortlessly about the ills of caste politics without being didactic. It dealt with complex issues without trivialising them. And it was a blockbuster.

Once I was shooting in Santiniketan, the place where Rabindranath Tagore had established his “ideal university”. On one of my break days, I took a cycle-rickshaw tour around the museums and art galleries in the university area. The rickshaw-puller, a Class 5 dropout, told me everything about Tagore’s poetry, the phase in his life where he took a break from writing to paint and how that contributed to his later poems, his friendship with W.B. Yeats…. How did the dropout know all this? Was he an exception? The answer is simple: in Santiniketan, it’s popular culture. 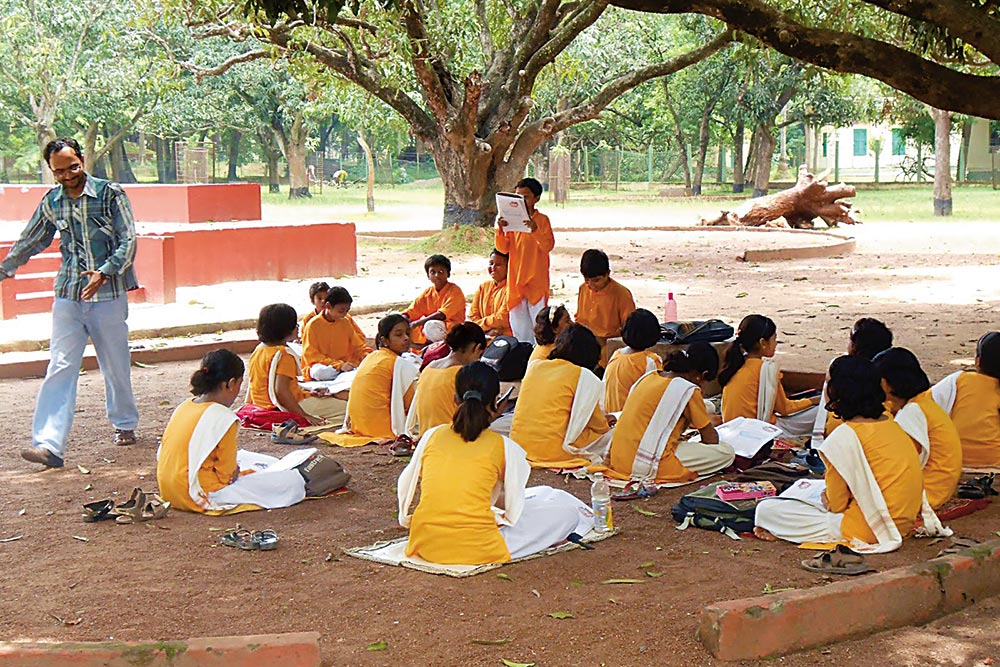 A rickshaw puller, a Class 5 dropout, told me about Tagore’s ­poetry... How did he know all this? That’s popular culture in Santiniketan.

So, what the “masses” like does not necessarily have to be wrong, stupid and irresponsible. The dumbing-down of popular culture by its creators and blaming it on the so-called lowest common denominator is sinister in its elitist, regressive and lazy stance. Mass culture plays a key role in shaping many aspects of society and it can bring about change and innovation in thinking. A widely used example is Upton Sinclair’s novel The Jungle, which sparked a food revolution in America.

In India, Bollywood and cricket are the dominant forms of popular culture. The music we listen to, the TV programmes we watch, our festival celebrations, fashion icons and trends, and even tourist destinations, are all guided by the popular films. Many countries want to subsidise Bollywood shoots because showcasing their country through Bollywood films brightens the prospects of tourism in those places—the influence of mass culture in shaping people’s tastes and opinions is that deep.

In many ways, mass culture helps the young people understand and construct their identities. It is not only about entertainment. It is about mass identity, education and our notions of a just democratic society where we stop mainstreaming any form of discrimination. Should mass culture then have certain standards and responsibility? Rape is brutal, so is it alright to crack rape jokes? Where most people are dark-skinned and many kids face self-esteem issues because of colourism, should skin colour be ridiculed? Any form of power comes with a great amount of responsibility, else it can get abusive. Popular culture is no different.

(The writer is an actress.)