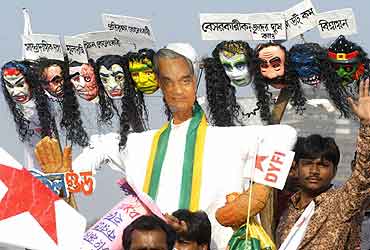 June 2000, a year after forming the NCP
"The BJP can’t (be) a political alternative at the national level. It is also experiencing rapid decline and is going through a process of decay."

February 2004, after the NCP break-up
"The BJP is the best bet in the country. In Vajpayee, we have a statesman and leader who can lead the country towards its progressive march."

Everything Is Fair In Love And Elections

A practising politician is not bound by ideological frills. Or even by those of their family members. Lakshman Singh, former Madhya Pradesh CM Digvijay Singh’s brother, made a surprise jump to the BJP last...