A course opens in Pune for budding MPs and MLAs 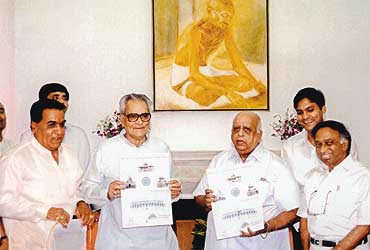 outlookindia.com
-0001-11-30T00:00:00+0553
Maybe the world's largest democracy needed this. A classroom for aspiring MPs, MLAs, bureaucrats and political scions. The MIT School of Government (MITSOG)—Asia's first, and the latest addition to the 22-year-old Pune-based MIT (Maharashtra Institute of Technology)—is set to formally train youth aged 21-35 in public administration and policy.

With doughty ex-CEC T.N. Seshan as dean-chairman and over 40 leading lights of the country's legislature, executive judiciary and media—like L.K. Advani, Mani Shankar Aiyar, Arun Jaitley, A.B. Bardhan, Margaret Alva, Renuka Chaudhary, Kamal Nath, Pritish Nandy, Kapil Sibal and Soli Sorabjee—as faculty emeritus, this is unlike any other institute. "There is a pervasive feeling of cynicism among the people when it comes to politics and politicians," says JD (U) leader Nitish Kumar. "I am excited to think about what this school can do to turn the tide around for the better."

Modelled on Harvard University's hallowed John F. Kennedy school of government, it aims to "produce knowledge-driven leaders and chisel aspiring politicians to perfection in all aspects of political skills," as Seshan puts it. "This is one way of drawing educated youth to politics," adds MIT-founder Dr Vishwanath Karad. "Good governance is no longer just a matter of sound political instincts and administrative action," says Rahul Gandhi. "The skills of governance need to be taught as a professional discipline like any other."

Today, elected representatives come to power with little knowledge of governance. The results: over-dependence on the bureaucracy lets unevaluated advice become policies, and decentralisation of power remains a myth. "Many elected representatives complain that they don't get a chance to speak in Parliament," A.B. Vajpayee had once quipped, "but when they do, nobody knows what they say." Says Seshan: "Over 1,000 schools of management teach how to manage profits, but nobody teaches how to manage governments." Adds Dr Vijay Bhatkar, scientist and part of MITSOG's governing council: "New ministers often don't know how their ministries work."

By August 2006, the 60-strong first batch of MISTOG's one-year masters diploma in government (MDG) programme would have gone over India's constitution, five-tier government structure, electoral process, budget and financial planning, the working of Parliament, state assembly and the panchayati raj. Besides unravelling the relationship between elected representatives and civil servants, they would have mastered public oratory, media handling, trouble-shooting and would even have visited British and American institutions to glean cues about governments and public systems there. 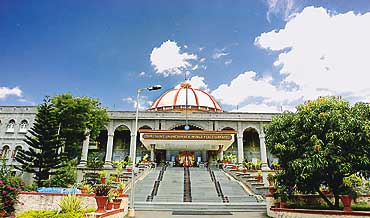 By way of optional subjects, they would also have deciphered public and social sectors, privatisation, HRD, legal systems, agriculture, industry, and centre-state issues. Interestingly, there's also a module on corruption and Seshan thinks there's no dearth of study material. "Anyone who has been in the government is a textbook in corruption," he says. "Corruption results from too much government." All this comes at a hefty price of Rs 3.5 lakh. Ten per cent free seats are reserved for meritorious students. "As we evolve, we might be able to bring down the fees," says Seshan.

Learning on the job in public service can extract an appalling price as Indian understanding of the realm remains stuck between banal school civics and theory-laden political science courses. MDG claims to be have an interactive practical approach, with 60 per cent credit assigned to application-based work.

It will be sometime before MISTOG comes close to the JFK School in giving Colombia its president or Singapore its prime minister. But can this initiative script any real change without systemic overhauls? A knowledgeable politician is one thing, but ensuring he also makes it to positions of power quite another."Further initiatives are required to clean up the election system, reduce expenditure, the participation of people with criminal records, and the impact of caste, community, religion," says Seshan. "But the fact that the biggest and the best people in the country are worried about it is by itself a significant beginning."