Few are happy with the CJI’s certificate to Modi 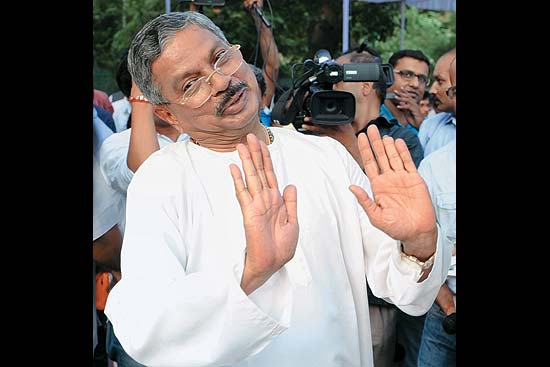 On January 15, 1980, a day after Indira Gandhi was made prime minister, having won with a whopping majority for the Congress, Justice P.N. Bhagwati, then a judge of the Supreme Court, wrote to her: “You have become the symbol of the hopes and aspirations of the poor, hungry millions of India, who had so far nothing to hope for and nothing to live for. I am sure with your iron will and firm determination, uncanny insight and dynamic vision, great administrative capacity and vast experience, overwhelming love and affection of the people, and above all, a heart which is identified with the misery of the poor and the weak,  you will be able to steer the ship of the nation.”

That letter had led to protests in legal and political circles. For it is disturbing that a judge of the highest court of the land—which is expected to uphold the Constitution and impartially pronounce judgements on the government if the need arises—should praise the executive head. And this was a prime minister who only years ago kept the nation chained during the dark days of the Emergency. Many were shocked and made it known.

Last week, the nation saw a repeat of that when Chief Justice of India H.L. Dattu of the Supreme Court described Prime Minister Narendra Modi as “a good leader, a good human being and a man with foresight”. Many jurists, senior lawyers and politicians are upset by the top judge’s comments, for they come at a time when there are fears that the powers of the judiciary are being sought to be curbed. Common to the praise by both the judges is the way they describe the two prime ministers as good leaders; underlying that is also the fact that they have both been elected with huge majorities.

The CJI’s accolades for Modi come when there are forces at work seeking to curb the powers of the judiciary.

“A chief justice of India can vote for the BJP, the MIM or the Congress—that’s his choice,” says senior lawyer Raju Ramachandran. “But when he or she publicly praises the executive, it sends out the wrong signal. It is bound to create misgivings. According to the separation of powers envisaged in the Constitution, it goes without saying that there is a natural tension between the judiciary, the executive and the legislature—which in fact is a healthy sign that democracy is at work.” Another senior lawyer says it’s a matter of “great concern” that a sitting chief justice of India (entitled though he is to his personal opinions) should have thought it fit to air them in a public space—in an informal int­eraction with journalists.

Many others have expressed their discomfort with such a stat­ement from the country’s top judge. Justice Markandey Katju, a former judge of the Supreme Court, tweeted: “It was most imp­roper of Justice Dattu to praise Modi openly. What message will go to the public?” And senior advo­cate Fali S. Nariman said to the Hindu that Dattu’s remarks were inappropriate and ill-advised because “they send the wrong signals—especially to people looking for wrong signals”.

In the legal fraternity, there is no doubt whether Dattu should have spoken out thus—he simply should not have, is the view. More importantly, remarks by public figures are always placed in context. And Dattu’s come at a time when the climate has been vitiated by judges being rew­arded with post-retirement benefits. In an interview to this magazine, former chief justice of India R.M. Lodha, speaking in his personal capacity, had cautioned against judges accepting gubernatorial posts. In fact, he had said, such offers should be turned down.

Another factor is that, in the backdrop of the Judicial Appointments Bill, which seeks to take away from judges the powers of appointing judges, Dattu’s comments may seem to give the impression of a smooth relationship between the judiciary and the executive. And thus the remarks put a question mark on the independence of the judiciary.

Now, if the executive had praised the judiciary for upholding the values of the Constitution or had singled out a judge for praise, would that have led to a similar furore? Nothing wrong in that, as it is not the executive’s preserve to adjudicate. Therein lies the importance of the judiciary, is the opinion.