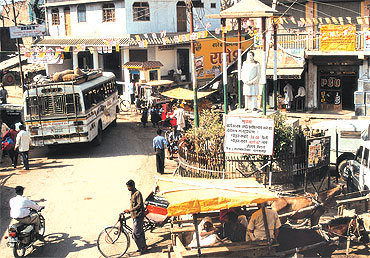 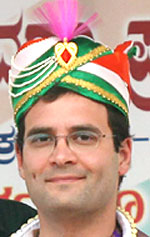 "We don’t even know who is contesting against Rahul Gandhi," says Mohammed Ishtiaque, a farm hand in Semra village, an example of the headstart the Congress scion has. Much of this doubtless owes to lineage, but there has been work, carried out diligently, that leveraged this advantage. The ambitious women’s self-help programme is a case in point. In less than five years, he has got as many as 8,875 women directly involved in forming self-help groups, through which some 1 lakh families have been provided financial aid.

Women in Amethi have also been involved in bringing about a mini white revolution in Amethi. With the help of the National Dairy Development Board (NDDB), locals have set up 21 milk collection centres through which nearly 21,000 litres of milk is collected every day. And that provides additional income to 6,000 families.

If people here do not even know the names of other candidates contesting from Amethi, one would perhaps tend to accuse Rahul of having it easy. But irrespective of its political colour, there has been actual progress in the past five years. If father Rajiv had emphasised on setting up industrial hubs in the Jagdishpur and Gauriganj assembly segments, Rahul’s focus has been either on expanding the existing plants or on revival of the sick units. Significant among these was the takeover of the "defunct" Malvika Steel by the Steel Authority of India (SAIL) through an investment of Rs 510 crore. The young MP also used his clout to ensure that the Rs 3,241-crore Hindustan Paper Mill will come up in Jagdishpur. The Rs 450-crore Rajiv Gandhi Institute of Petroleum Technology is also in the pipeline.

Rahul’s initiatives in higher education have borne fruit in the form of an Indian Institute of Information Technology (IIIT) in Tikarmafi town. The Union tourism ministry has cleared the setting up of an Institute of Hotel Management here. On the health front, the facilities at the Sanjay Gandhi Hospital have been enhanced. Its handing over to a corporate—the Fortis group—has pushed up treatment charges beyond the reach of ordinary people, though.

Commuting between different towns and villages in Amethi is far easier than in many constituencies of eastern/central UP, thanks to the well-laid-out network of roads. Rahul’s five-year term has seen the laying and upgradation of at least 700 km of major and minor roads.

If there is criticism against Rahul Gandhi, it is that he has been unable to to ensure larger local employment. "Every time an industry is set up here, we considered it a boon for the locals, but not even 10 per cent of the jobs have gone to people from Amethi," complains a 40-year-old self-employed man in Jagdishpur. Many also want to ask Rahul why no action has been initiated against entrepreneurs who quietly shut shop and slipped out after milking all the benefits from the government.

Amethi has been the pocketborough of the Gandhi-Nehru family ever since Sanjay Gandhi chose it as the launchpad for his political debut in 1977. His defeat during the Janata Party wave and his untimely death in an air crash in 1980 saw Rajiv Gandhi take the plunge from Amethi. However, it’s not merely his lineage that endears Rahul to Amethiwallahs but the personal attention he has paid to this otherwise obscure constituency. Just a two-hour drive away from state capital Lucknow, Amethi is completely Rahul country.