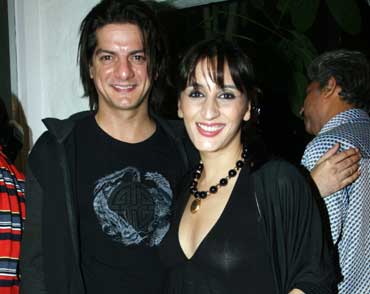 outlookindia.com
-0001-11-30T00:00:00+0553
Money is like water, Dubai's emir Mohammed bin Rashid Al Maktoum once remarked. "If you lock it up, it becomes stagnant and foul-smelling, but if you let it flow, it stays fresh." Little wonder then that as its petroleum reserves dwindle, Dubai has executed a strategic turn to make commerce and tourism its principal income generators. This move has been largely successful—nearly 80 per cent of Dubai's population now comprises expatriates who have flocked to work there, and tourism initiatives keep government coffers well filled. The Dubai Shopping Festival alone, for example, earns profits of over $1 billion a year.

Shopping in Dubai is, of course, a major draw for Indian glitterati who are regular visitors. But with an economy increasingly dependent on tourists and expats, there has to be more than shopping on offer to keep them coming back. So Dubai offers a nightlife that beats the best in the West, with hundreds of nightclubs, some of them featuring the world's top DJs and artistes. Apart from well-known international brands such as the Buddha Bar, Dubai also has joints that cater to people of alternate sexualities, and even Indian strip clubs like Ashiana, which describes itself as a "Bengali nightclub"!

The Page 3 circuit, both in Delhi and Mumbai, buzzes with talk of "guess who I ran into in Dubai last week". Regulars are said to include Preity Zinta, Katrina Kaif, Bipasha Basu, Celina Jaitley, Mandira Bedi, model Nina Manuel, art dealer Nevile Tuli, cricketer Ravi Shastri, Shobhaa De, Pooja Bedi, Queenie Dhody and Dior brand ambassador Kalyani Chawla. Also frequent visitors are radio jockey Roshan Abbas, DJ Suketu and DJ Iggy, often summoned to liven up the party-clubbing scene. Says Suketu, who goes several times a year: "Each time I go, I find a new nightclub that's opened. There are lots of Indians at the clubs who appreciate Punjabi-Bollywood numbers, but also an amazing mix of people from all countries. And the world's top DJs." Another regular is Shiamak Davar who's opened a branch of his dance academy there (handy for a quick lesson before hitting the nightclub circuit).

Along with this glitz has come the sleaze, in a land where men outnumber women by 3 to 1. "The newest playground for the world's oldest profession" is how Dubai was recently described by the American Public Broadcasting Service. Sex workers from Central Asia find it a happy hunting ground, and Bluetooth technology is used to discreetly solicit sex at cafes and traffic jams. Drugs too have found their way into Dubai, which has become a transit point for drugs moving from nearby producers like Afghanistan to the lucrative markets of the West.

All this is fine, as long it's not in-your-face. Dubai's moral leash, under severe strain, has snapped on many occasions, though. Several Indian celebrities have been detained at Dubai on drug charges, among them designer Prasad Bidappa, actor Vijay Raaz, DJ Aqueel, restaurateur Farhan Azmi (son of SP leader Abu Asim Azmi), Bobby Chhabria (son of auto designer Dilip Chhabria), Harinder Singh, MD of ad agency Percept Holdings, and Shaan Sippy (grandson of G.P. Sippy). One of its most flamboyant nightclubs, the Diamond Club, was shut down after it organised a well-publicised and equally well-attended gay night with a British transvestite DJ. And last year, when a Kuwaiti investor declared his plans to open a Dubai branch of Hooters, the US restaurant chain famous for its skimpily-clad waitresses, the Department of Economic Development put its foot down. Dubai, it declared piously, had no place for activities that violated its "religion, traditions and culture". At least, not those that do so publicly.