Playing Soon At Your Nearest Hall

Folks! Gently tighten your belts. For Bollywood will take you to places you never dreamed of in 2018. 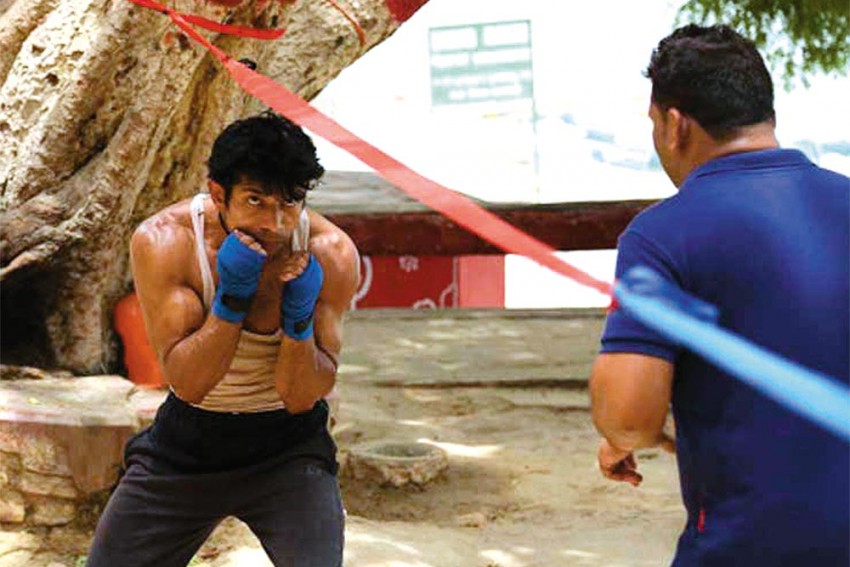 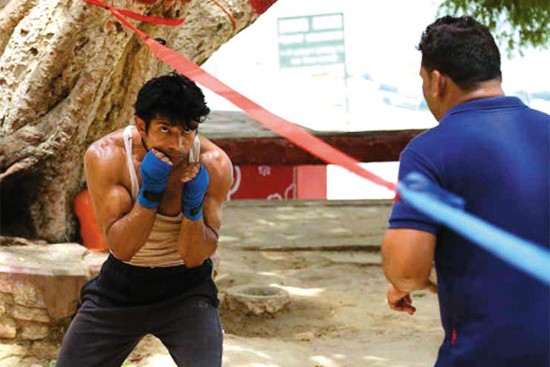 Anurag Kashyap, credited with having revived parallel cinema at a time of mushy romances by the likes of Aditya Chopra and Karan Johar, returns with this gripping tale of a low-caste boxer from the Hindi heartland. Just don’t expect it to be devoid of controversies! Once derided for being a ‘wooden’ star of potboilers, Akshay Kumar won the heart of Bill Gates for Toilet: Ek Prem Katha. Now, the 50-­­year-old raises the bar, playing Arunachalam Muru­ganantham, a real-life activist from Tamil Nadu who dedicated his life to spread the cause of menstrual hygiene. Would other stars have dared to do it? Expensive or not, one can’t write off a Neeraj Pandey film, who returns with this Manoj Bajpayee starrer about conflict of ideals between a mentor and his protege in the army. The high-point is a reunion of Naseeruddin Shah and Anupam Kher after A Wednesday. Early bouts with drugs, conviction in the Arms Act, romantic liaisons—Raj Kumar Hirani’s Sanju (name not finalised) chronicles the story of Sanjay Dutt. It is going to be a treat to see Ranbir Kapoor portraying his Pali Hill neighbour. Nobody does sci-fi better than Shankar, except maybe Rajnikanth. 2.0, a 3D sequel to Enthiran/Robot (2010), brings the director-actor duo back on screen. If this isn’t enough, it will also have Akshay (yes, him again!) playing the antagonist opposite Thalaiva. April 27
Manikarnika: The Queen of Jhansi

Even though Kangna Ranaut’s Simran flopped, she hopes to bounce back in this titular role. A rare actress to have turned a woman­­-­centric movie into Rs 100 crore-plus hit, she is expected to give her all. Meghana Gulzar’s Talvar impressed; now, she returns with Raazi, a period thriller about a Kashmiri spy married to a Paki­stani national. A supremely talented Alia Bhatt pairs with the equally good Vicky Kaushal, whose intense role in Masaan haunts still. Guns, glamour, exotic locales are staples of the Race franchise. Add to that the box-office might of Salman Khan. Remo D’Souza ought to have a smooth sail if he does not commit the folly of deviating from a time-tested commercial formula. Fanney Khan, an adaptation of Oscar-nominated Belgian film Everybody’s Famous, reunites Anil Kapoor with Aishwarya Rai, who will also have the gifted Rajkummar Rao by her side. Paparazzi pestered her more than they ever did her mom, Sridevi. But nobody had a clue to the “will she, won’t she?” riddle until KJo opened up with posters of Dhadak, a remake of Marathi gem Sairat, which features a fresh Jhanvi Kapoor opposite Shahid’s bro, Ishan Khattar. Sports biopics are the in-thing. In this offbeat film, Akshay (who else?) plays hockey great and Olympic gold-medallist Balbir Singh in what promises to be an edge-of-the-seat Independence Day thriller of the triumph of a largely-ignored hero. Dad Sunny still has women drooling over his boyish smile and men over his dhhaai kilo ka haath. Even octogenarian granddad is girding up his loin for the third Yamla Pagla Deewana movie. But Gandhi Jayanti will see the rise of a third generation Deol, Karan, carrying the heft of an old family legacy on his young shoulders. Prabhas roared into stardom with back-to-back Baahubali monster hits. But he faces a litmus test this year, with an action-thriller opposite Shraddha Kapoor. Will the southern star break the Bollywood jinx by acing it with this tri-lingual effort? A casting coup of our times—Aamir Khan finally pitted against the Big B! Yashraj Films’s most-awaited production co-sta­rring Katrina and Fatima Sana Sheikh will determine if the duo will hand us a classic. Anand Kumar sold papad made by his mother after his father’s death, before he discovered his true calling: grooming poor students for admission into the coveted IITs through his pioneering institute. Hrithik has his task cut out, portraying the unassuming Bihar mathematician, which is surely the most challenging role so far of his career. Dad Saif Ali Khan celebrated the first birthday of son Tai­mur in ‘royal’ style. Elsewhere, his first-born daughter Sara raised a mountain of expectations with her acting debut opposite Sushant Singh in Kedarnath. By next X’mas, we will have known if she has all that it takes to live up to the hype. Anand L. Rai’s film Zero, featuring Shahrukh Khan in the role of a dwarf is his most difficult in recent years. The dismal failure of Jab Harry Met Sejal, at a time when Aamir and Salman made merry with Dangal and Tiger Zinda Hai, means King Khan needs to unleash oodles of his good, old charm. The VFX may not be top grade, but Krrish, our desi Superman, is a franchise the Roshans cannot do without. Hrithik dons his black mask and robes to annihilate a devil-incarnate threatening mother earth. He may still be counting the moolah that rained after Gol­maal Returns struck gold; now, Rohit Shetty’s next, Simmba, stars Ranveer Singh in a role that looks like a cross between Ajay Devgn’s characters in the Golmaal series and Singham. Another Sheetyesque laugh riot? Sanjay Leela Bhansali hoped to weave onscreen magic with the tale of queen Padmavati and going by the trailer, he seems to have succeeded. But Rajputs were not amu­sed by the Deepika-Shahi-Ranveer Singh ‘triangular tale of love and valour’. Their protests, followed by the pre-emptive ban by a few states, have left the censor board in knots. But It has added to its box-office appeal.

New Dawn Or A Lit-Up Screen