Playing It Again With Sam

India should retain its good relations with the US in the Trump era, but expand its options with other key players 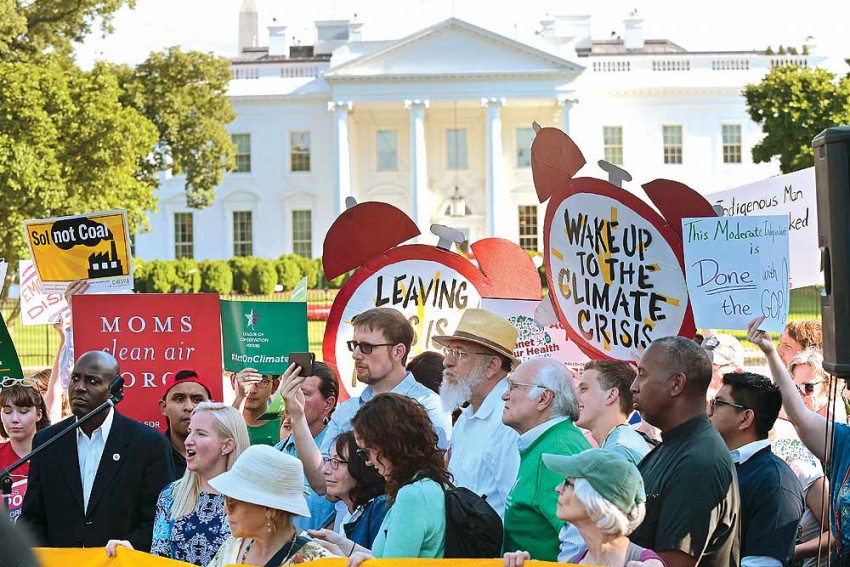 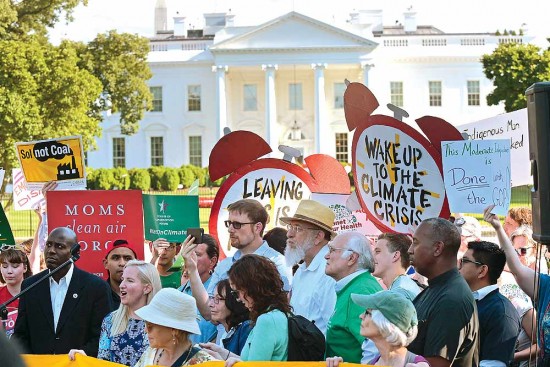 Accusing a strategic partner of being a “free-loader” weeks bef­­ore a crucial summit could har­­dly be described as the right opening notes to sustain an end­u­ring relationship. Hence, desp­ite the Indian establishment playing down US President Donald Trump’s rec­ent outburst against India vis-a-vis the US’ exit from the Paris climate agreement as an ‘aberration’, questions are being raised on how Indo-US ties could progress under a Trump presidency.

Prime Minister Narendra Modi is scheduled to travel to Washington DC later this month for a much-hyped bilateral summit with Trump—their first meeting ever.

Predictably, in India, the forthcoming summit has generated much hope and expectation, given the trajectory of high growth in India-US relations in the past decade or so. Trump’s charge, therefore, that countries like India forced “billions and billions” of dollars from the US to be committed to the Climate Change Agr­eement, came as a major shock to Indian policy planners who were hoping for opening another sparkling chapter in ties. 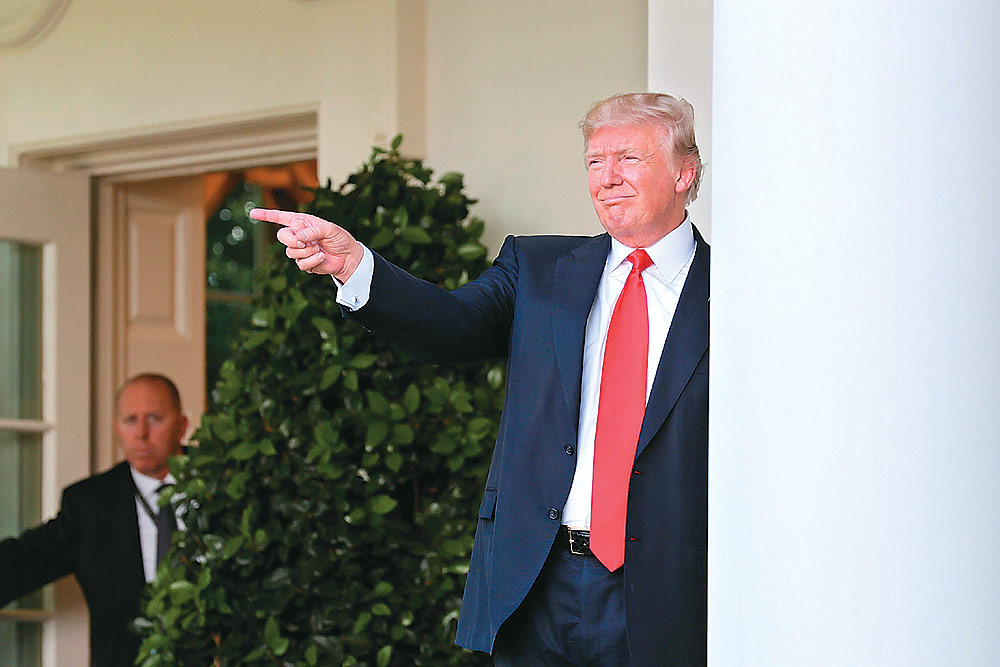 Since January, Trump has shown consistency only in making off-the-cuff remarks, many of them directed against close US allies. Though he has, on occasion, also been amenable to a quick course correction—as he did with China, when he quickly did a volte face after questioning the validity of the “one-China policy” in Sino-American relations. Many in India hope for a similar, hairpin bend in strategy vis-a-vis India.

Though foreign minister Sushma Swaraj politely refuted Trump’s false charges and reposed faith in strong India-US ties, many others in the government are concerned. “We have to accept the way he is and live with it,” says a BJP leader involved in Modi’s trip to the US.

However, Trump’s remarks might be raised at the talks table, along with other areas of disagreement, like changes in possible H1-B visa rules that might aff­ect Indian IT companies adversely. Und­­oubtedly, Trump’s woolly unpredictability has put Indian policy-planners in the zone of uncertainty as far as future bilateral ties are concerned. 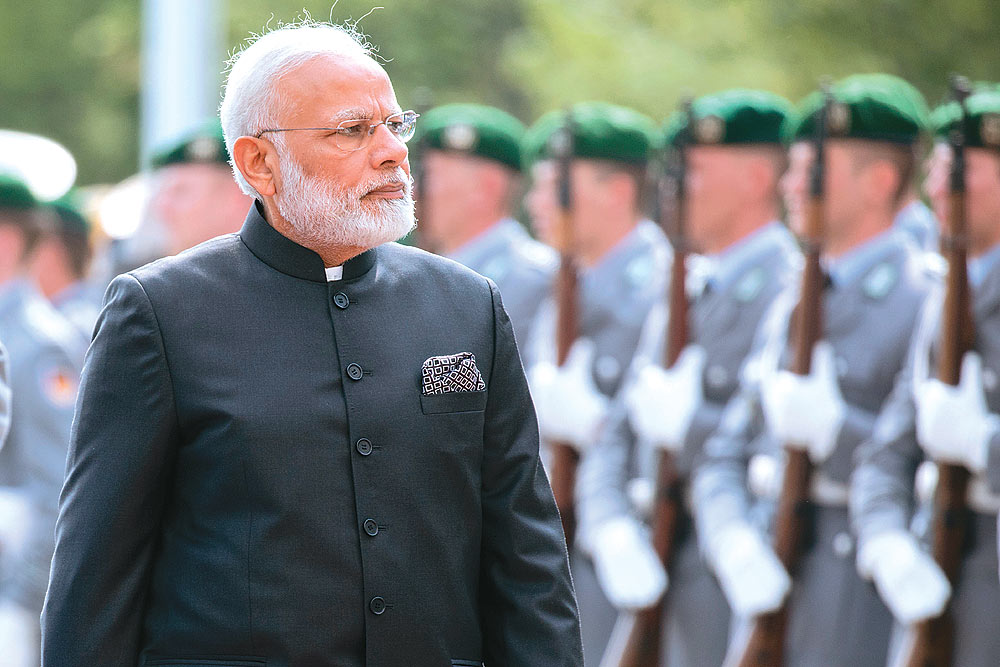 Can the Modi magic work on Trump at their summit?

India’s shift towards the US began soon after the end of the Cold War but gathered pace over the past decade, during the time of the nuclear deal in 2008. Though its supporters argue it helped in redefining India’s ties with other key global players, the deal’s det­ractors feel that by throwing India in with the US, many nations started to doubt India’s ability to pursue a sovereign foreign policy. A BJP leader ack­nowledges the fact that after the nuclear deal, India became “too US-centric” and points out that there is now an urgent need to strike a balance.

In this changed scenario, complicated with the presence of Trump in the White House, where does Indian diplomacy go?

“Modi will try and strike a personal rapport with Trump,” says Rudra Cha­u­dhuri, author of Forged in Crisis—India and the United States since 1947 and historian at London’s King College. He says Indians will try to stress more on personal chemsistry between the two leaders than on US institutions and structures. “This may give temporary benefit to the Indians, but I am not sure how they may pan out in the long term,” says he. The fact that key app­ointments in the US State Department are yet to be made, including that of the assistant secretary of state for South Asia—the points-person for Indo-US relations—have also made South Block officials opt for this approach.

But while that might suffice for Trump and his administration for now, Indians are not taking the chance of putting all their eggs in the American basket any more. Serious efforts are on in ironing out differences with countries like China and Russia and in putting these relations back on track.

Modi went to Russia recently to celebrate 70 years of establishment of diplomatic ties between the two sides and held a detailed discussion with President Vladimir Putin. Disconcert­ingly, the fact that a serious attempt was being made by India to fall back on “traditional ties” with Moscow came when the uncertainty about future India-US ties became public, with Trump’s critical com­­ments on India in Paris.

Soon, it became clear that India was also reaching out to China, when Sushma Swaraj tried to play down existing differences between the neigh­bours at a recent press meet in New Delhi, stressing potential areas of cooperation.

Nowhere was this more evident than in India’s recent participation at the Sha­n­g­hai Cooperation Organisation (SCO) Sum­mit in Kazakhstan’s Astana on June 8 and 9, which had China and Russia as its two key initiators, apart from other Cen­tral Asian countries. The forum is fast gai­­ning traction among regional leaders as a key platform where cooperation on economy, energy, infrastructure and secu­rity issues could be discussed.

The summit gave Modi an opportunity to engage with leaders of Eurasia; it was also inducted as a full member of the SCO. The other country which became a full SCO member was, interestingly, Pakistan. Modi and Sharif briefly exchanged pleasantries at the Summit, raising hope that it could lead to a resumption of stalled dialogue, and at least allow India and Pakistan to lower tensions and diffuse the warlike situation. 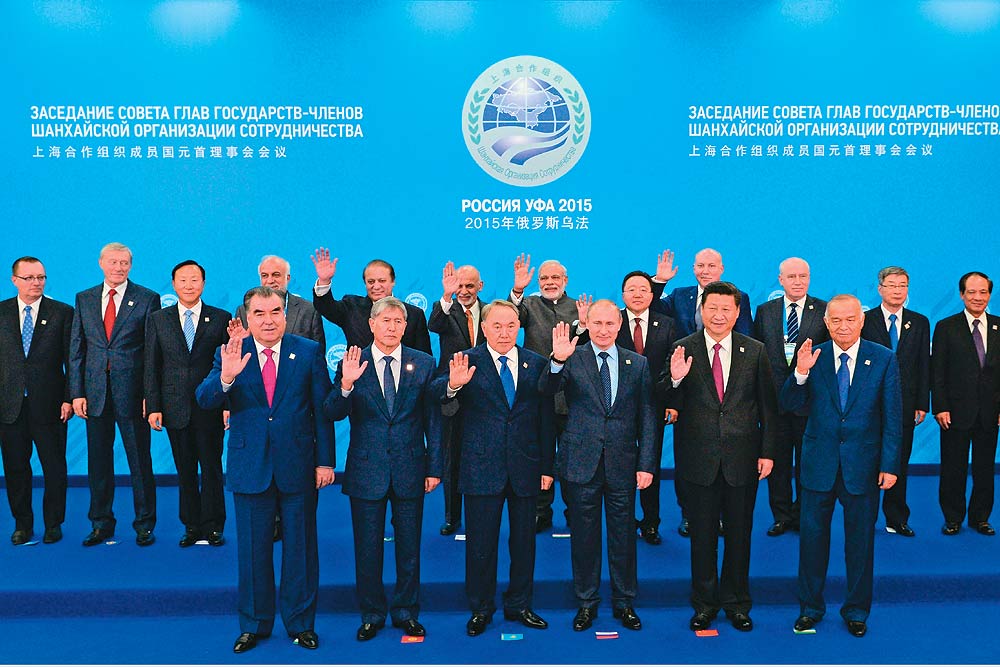 Irrespective of whether it leads to rapprochement with Pakistan, the SCO cert­ainly provided India the opportunity to expand its options in str­engthening ties with other key countries, particularly in normalising  relations with China.

Relations between India and China had been under some strain over the months when the Dalai Lama visited Arunachal Pradesh and China lodged a strident protest against it. The situation got further aggravated in the coming weeks over India’s decision to stay away from the One-Belt-One-Road Summit that Beijing hosted last month. However, a meeting at the Astana Summit between Chinese President Xi Jinping and Modi were welcome signs that attempts are now being made by the leadership in Beijing and New Delhi to rejuvenate the ties that consume so much diplomatic energy.

What do the coming days portend? Will a ‘successful’ visit to the US by the Indian PM once again enthrall India’s millions, leading the establishment to overly celebrate india-US ties, neglecting relations with other key countries? Or will this throw cold water on New Delhi’s triumphalism about America? Common wisdom should drive our leaders to expand options by cultivating closer ties with China, Russia and other key countries, while hoping for excellent relations with a US under Trump.