Playing In The Temperate Zone

The latest ODI-prediction techniques have it easy. Thus far, the World Cup is on the expected track. A loose, baggy format is seeing to that. 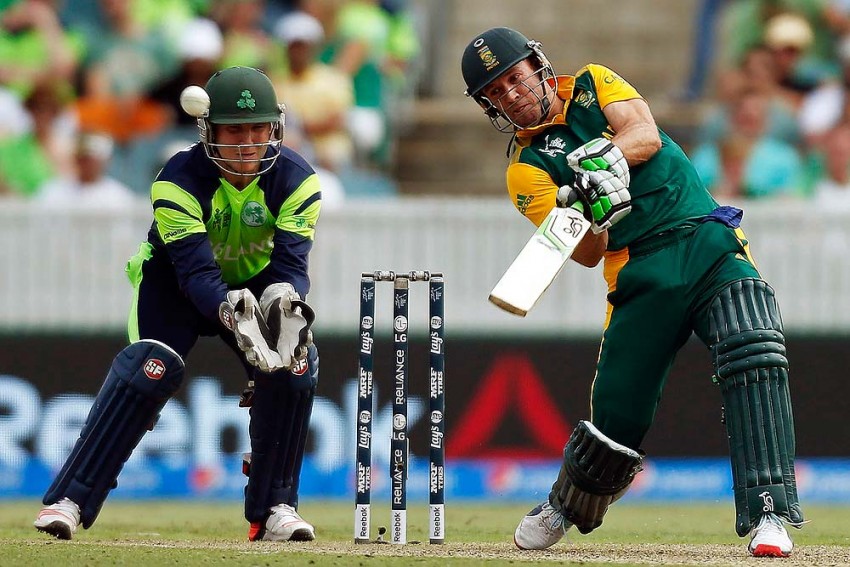 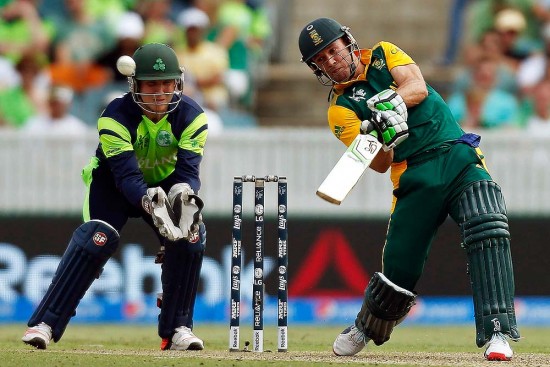 Predicting results and player performances in cricket is still an underdeveloped business, compared with the scientific forecasting systems at work for other professional sports. Soccer, the truly global game, has inspired, aside from Paul the Octopus and the quite effective bookmaker consensus model (BCM), various methods and systems and tens of prediction websites to assess team and player abilities and winning probabilities in tournaments, domestic and international. Baseball has its sabermetrics, defined as “the search for objective knowledge” about the game. Before venturing into major-league political election forecasting, Nate Silver made a name and a small fortune for himself by developing and selling PECOTA (Player Empirical Comparison and Optimisation Test Algorithm), a proprietary sabermetric system that forecasts Major League Baseball player performance and is claimed by its owner, Baseball Prospectus, to be “deadly accurate”.

CricketX, an analytical framework developed by Surjit S. Bhalla and Ankur Choudhary, claims to have a success rate of 65 per cent in predicting “match outcomes across ODI history” and a 72 per cent success rate in World Cups. In their recently released book, Criconomics (2015), Bhalla and Choudhary predict that co-host Australia will win this World Cup, with a 24 per cent probability (based on ‘data as of 23 November 2014’), which is no surprise considering that Mic­hael Clarke’s team leads the ICC ODI rankings, followed by India, South Africa, and Sri Lanka. Again, the prediction is that these four teams will play the semis, with South Africa placed ahead of India in order of likelihood, and Australia tipped to prevail over South Africa at the MCG on March 29 (“but see our website [www.criconomics.com] for updates”). As in all serious science publishing, the reliability of these results will not be accepted unless the authors rel­ease their data in the public domain for testing and replicability.

It is interesting, at this stage of the World Cup, to consider how these predictions fare against the quarter-final and semi-final line-up that is taking shape before our eyes. Let us go for some subjective forecasting, with the advantage of knowing how the key matches have gone and that the only genuine upset so far has been Ireland’s handsome victory over the West Indies in the fifth of the 42 round robin matches. There is little doubt that New Zealand will end up with a perfect 12-point score in Pool A and there is a high probability of India topping Pool B. This means it is virtually assured that in the knockout stage New Zealand will play Pakistan in Wellington and India will face England, to which it lost in the recent tri-series, in Melbourne. And there is a pretty good likelihood of Australia playing the West Indies in Adelaide and South Africa playing Sri Lanka in Sydney. And then what?

The official ICC rankings, and also the CricketX-powered predictions, strongly suggest that, given what has happened in this World Cup, New Zealand, South Africa, Australia, and India will make it to the semi-finals. But will they? Subjectively speaking, none of these teams is anywhere near the overpowering dominance of Clive Lloyd’s West Indies teams between 1975 and 1983 and the invincibility of the Australian World Cup teams between 1999 and 2007. This could yet turn out to be a 1983, the iconic World Cup outcome that no one predicted. But my sense is that as of Match 24 (to borrow a hedge from the scientific predictors), South Africa, led by the world’s best batsman and cricketer and with its batting, bowling, and fielding riches, is the team to beat.

The  schedule, format, and playing conditions of the ICC Cricket World Cup 2015 have been justly criticised: too long, too many gaps between matches for some leading teams, too loaded in favour of batsmen and teams winning the toss, batting first, and making 300-plus; and too geared to maximising TV ratings and revenues to the detriment of sporting value. It is the smaller New Zealand venues that have provided some lively playing conditions and, arguably at least, more competitive cricket and sporting value. You can put a spin on all this, as does Graeme Smith, the former South African captain, in an article featured, naturally, at the ICC website: “Fortunately, the nature of the round robin format ensures that teams can absorb losses and still progress to the knock-out rounds. It allows for teams to evolve over the six-week period and ultimately rewards those that can generate momentum, find consistency and peak in the final three weeks.” 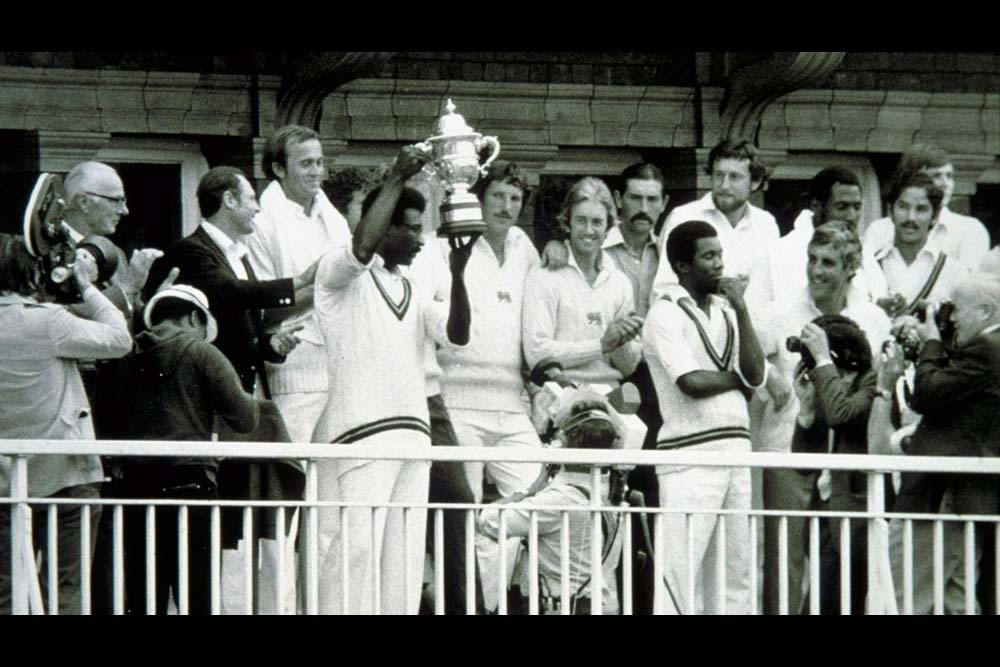 Clive Lloyd with the 1979 World Cup. None of the current teams is as dominating as the old Windies.

But why should teams be allowed to absorb losses and still progress? Why should the leading Test teams be given so many chances to make up for poor cricket or after losing to lower-ranked or less fancied opponents who played better on the day? It is time cricket lovers round the world issued a showcause notice to the ICC, and to the Big Three—the Board of Control for Cricket in India, the England and Wales Cricket Board, and Cricket Australia—who control the fortunes of the game.

Speaking of the undisputed leader of the Big Three, the sordid chapter that began on May 16, 2013 with the arrest of three Rajasthan Royals players on suspicion of spot-fixing, went out of control eight days later with Gurunath Meiyappan’s arrest in Mumbai, and in January 2015 saw the Supreme Court of India strike down the infamous amendment to 6.2.4 of the IPL Regulations and unseat BCCI president N. Srinivasan on conflict of interest grounds, has attained a form of closure. But it is clearly not the end of the story.

Why should leading teams be given so many chances to make up for poor cricket, or after losing to lesser teams?

Some kind of equilibrium appears to have been achieved in the affairs of the BCCI, with the unopposed election of Jagmohan Dalmia as president and the sharing of power among rival camps, with Srinivasan’s group taking most of the administrative posts. But it is an unstable equilibrium that is not likely to last long, going by the BCCI’s history of in-feuding and the overweening ambitions of the likes of Anurag Thakur, the BJP MP who has won the key position of secretary, defeating the Srinivasan camp’s candidate through political manoeuvering. Ironica­lly, the BCCI has decided that the man effectively disqualified to be its president by the highest court in the land will continue to represent it in the International Cricket Council, currently as chairman. These elections have demonstrated that Srinivasan is by no means done.

But Dalmiya, like his former nemesis, Sharad Pawar, is a seasoned operator, standing on no recognisable platform or principles, ever willing to change tack or strike a bargain, and able to balance various political interests within the BCCI. At the height of his powers, he spearheaded the transformation of the BCCI, set it along the path of becoming the world’s richest and most influential cricket board, and through some bold, aggressive play and a pragmatic policy of building alliances shook the foundations of the iniquitous international cricket regime and became the first Indian president of the ICC. It is unlikely that the septuagenarian cricket administrator will be content to act as someone else’s proxy.

BCCI reform is not on anyone’s agenda but there is a possibility that needs to be explored. Sahil Dutta, who has contributed a chapter on China’s cricket ambitions in Second XI: Cricket in its Outposts (2015), points out that Dalmiya was “for a time a genuine internationalist”. As ICC president in the late ’90s, he went on record with this significant policy statement: “It was being left to countries to drag themselves up to world level before they were given recognition. It should be the other way about. We should recruit other countries and help them develop”. Can we hope that as BCCI president, Dalmiya will live up to the promise of that policy statement and exert his influence on the side of making cricket truly a bigger and better game? If he is earnest, he can start by persuading the BCCI to put its weight behind the move to get the ICC to reverse its decision to reduce the number of teams for the 2019 and 2023 World Cups to ten.

(N. Ram is chairman and publisher of The Hindu group of publications. He’s played first class cricket for Madras.)