The Madras winter music festival is on after all, with a discordant twist 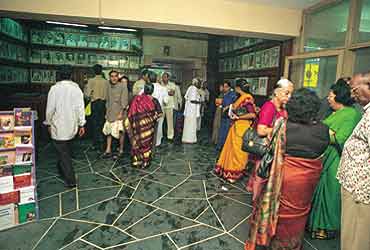 Just when we thought the 77th annual festival of the Music Academy, Madras, had been given an indecent burial (Outlook, December 20), there's a twist in the tale. A division bench of the Madras High Court has ordered a status quo on the academy's management and said that the present executive committee (EC) will manage it until further orders. The subtext: this year's music festival will have to be held.

However, the interim order has caught the academy's management unawares. Not having appealed for an early dismissal of as many as eight petitions pending before the high court, the academy had reconciled itself to not staging the annual festival. The T.T. Krishnamachari Auditorium had, in fact, been rented out between December 19 and January 2 for other shows. Even for the subsequent weekends till January 31, the auditorium has been hired out. Notes an unhappy EC member, "Not expecting the high court to be so proactive, the management had decided to make money by renting out the...