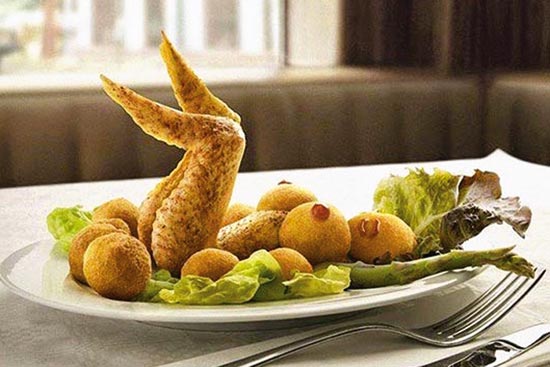 Baba Ramdev announ­ces his foray into food. Move over Jamie Oliver, we’ve now got our very own torso-proud chef who will purvey to us noodles with jadi booti and with a side glance. I think that’s possibly the biggest, brightest and best food news from 2015.

Maggi, which had been unfairly banned, is now unbanned. Its reappearance has restored the jobs of a few million Nepali chefs at every roadside dhaba and canteen.

Beef has been banned in a few more states. This protects the sentiments of a few million—and limits the protein intake of a few billion others. This has also led to a if-a-butterfly-flutters-its-wings-in-the-Amazon-there-will-be-floods-in-Florida type upsurge in traffic problems.

Good news also this year for lovers of samosas, kachoris, puris, chaat and other assorted yummies. New news on cholesterol says that a) cholesterol isn’t the villain it is always been made out to be— it’s super important for many things, including regulating the sex hormones.

The rise of home chefs. A large number of home cooks offered up their grandmothers’ secret recipes to the outside world, either independently or through multiple social-media platforms.

Food delivery servi­ces mushroomed faster than teenage zits. After some sound and fury and the GDP of several small African nations poured into them, many folded up. And many more sprang up. (Weren’t we just speaking about teenage zits?)

The posh set moved to cold press juices—eternal youth and impeccable gut health in every sip. Superfoods like chia seeds and finger millets helped hipsters feel morally and nutritionally superior to those stuck on flax seeds and Greek yoghurt (so last year).

A Medal For Each In The Magnificent Menagerie