Where have all the actresses gone? All we have are stars, who shine but for a moment. 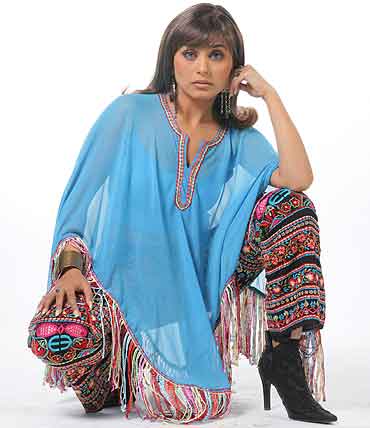 outlookindia.com
-0001-11-30T00:00:00+0553
It's hard to say exactly when it became possible for one of these Bollywood women to so easily have been another. Sometime over the last 10 years, what could have been cinema turned into a celluloid catwalk. Before we knew it, we'd begun to use the plural for the women appearing on it; someone else could so easily be doing what someone was doing, and look and sound much the same. But there are real women out there who made this happen. Each is separate for her own purposes and it's possible to speak of this one, and that one, at least out of respect to their mothers because who can deny that they were born individually?

What we're seeing in Bollywood is facial communism. And we're all paying to keep it that way, we're complicit in turning cinema into an exhibition. Any complaints must come with a sense of our patience with a variation of the same in no more than detail, our failure to tire of these tired acts. No one ever goes to see a film that happens to have Aishwarya Rai in it; we sit and open another Aishwarya Rai album. Or we sit to look for no more than some new twist to someone else's presentation of choreographed hips between a script that recycled itself into exhaustion long back. Every ticket bought to watch all this more of the same is reason for national worry. This is the great mug show, and we are the bigger mugs for watching it.

No, we can't fault the interchangeable plurality of these women without faulting ourselves. And it is the women more than the men. The male species has produced an Om Puri and a Naseeruddin Shah. Elsewhere there is Meryl Streep and more. But in Bollywood, excellence is possible for some men, and not for a single woman; it has not one actress, only a few female stars. What does it say when the immensely more promising route to female stardom is not an acting school but a Miss World contest?

This scattering of one into many and the congealing of many into one probably began some time after Madhuri Dixit more or less left the scene (she probably married unwisely, but who doesn't?). In her place came the likes of, yes take a name, the far more easily replaceable Rani Mukherji, or Mukherjee, it really doesn't matter. Or the Kapoor sisters; there were apparently a couple of them until one retired into matrimony, as we are told, these eventually good Kapoor girls do. You can name more such names, without naming one character in a film their rendition could have made memorable. In India alone can stardom result from a frequency of sameness.

Rani Mukherji (spell her this way to lose a character) is never going to lose herself in a character she can play. She is defined by her suggestion of effective toothpaste and an expensive dentist, and by a voice that sounds like she had her ice cream too soon after a hot puri. It can sit anywhere on the spectrum from hoarse to husky depending on your preference or tolerance. Sure, her voice is not her fault. But the lack of expression in it is her responsibility.

And no, Black was no example of the opposite. Anything would be better than that unpardonable caricature of disability. The visually impaired are not lurching, flailing people who'd stomp angularly down a church aisle. Someone should have showed her Naseeruddin Shah in Sparsh. This was a film about her own disability as an actress; someone please swing her hips back to Switzerland. It's not true that if a film pretends to be off-beat as Black and Raincoat do, then what you do in it must be acting.

With many of these women, as with this Rani girl, you hear them fail as much as you see it. None since Madhuri Dixit can really speak their lines in Hindi. You can hear in their Hindi the English they'll speak the minute they're off the set; they are not speaking Hindi, they are doing scenes in Hindi because they must. It brings an artificiality to expression that does more than trip them as would-be actresses; it desexes them as women, they begin to sound too processed. The thinking man is far more likely to think of the woman on the bus than of these mobilised mannequins. Raw desire is mother-tongue friendly, and south Bombay English dilutes it. For an Indian to have sex in English is to do it wearing a cultural condom. 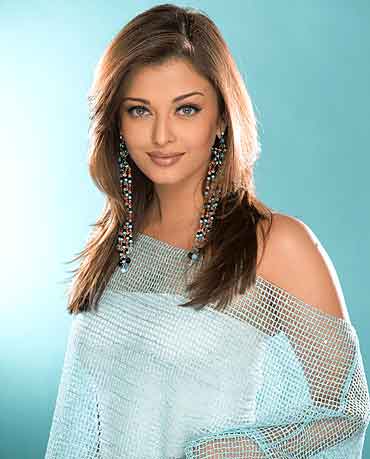 This language artificiality is only a part of a heavily beautician-processed look. Aishwarya Rai's cold-pressed skin is far more likely to arouse envy in women than desire in men. Why should anyone be surprised that this process of etherisation makes women remote? And yet the brightest of women forever fail to understand that sophistication is inversely proportionate to sex appeal. Appeal does not arise from an application of the content of expensive bottles. It comes from a certain tone in which the woman is aware of herself, pregnant with suggestion of ways in which she just might be aware of you. Along the way these have become stars for women more than men, just so many bodies on which girls can hang the romantic equivalent of masturbation.

But there is no lack of the desire to provoke desire, and more than just sometimes the story asks for it. Priyanka Chopra struggles through Aitraaz to ooze oomph out of every pore. She is the poor man's Aishwarya Rai, she is to the Rai woman what Sehwag is to Tendulkar. She needs to score with an appeal that her eminently sexless predecessor at the Miss World tamasha so eminently lacks.

Aishwarya, O dear, O dear, she is so much with us because she's found such a way of being hot-selling without being hot. A certain inner vacancy must aid that clarity of appearance. We've all seen her cover the whole gamut of expressions from bland to blank. But the one that endures is, of course, that lifting of lashes with the add-on ledges, that extra 10 degrees to announce that she orders her contact lenses in size XXL. It must help maintain her position as serial simperess. Lovely, lovely Aishwaryaben, nothing if not sepulchral. So inviting for a man to admire sans erectional interference.

Aishwarya Rai has done more than anyone else to turn Bollywood cinema into serial portraiture presented at 24 a second or whatever. She never was going to do Paro in Devdas; all you could ever say is that this much-reduced version of Paro is Aishwarya Rai herself. She is just a moving picture, and for that reason can never give a moving performance. It was cruel to stand her in the same frame as Madhuri Dixit in Devdas; in a moment you could see the difference between a picture and a person, between self-consciousness and self-awareness, between a star and an actress. 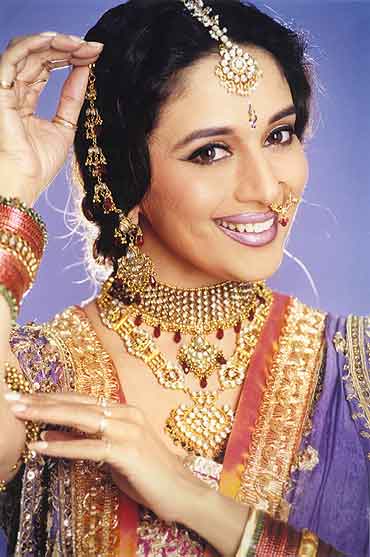 You don't need to be a celebrated painter to know that an artist would paint a person, not a photograph. Madhuri Dixit could lose herself in the expression of character, and bad times we are living in if we need to say this about an actress. Madhuri could be Chandramukhi, she made the simplest words resonate through just speaking them, her timing was micro-perfect, her intonations could cut you to the quick. In just a couple of shots she showed Aishwarya Rai as no more than a picturesque shell made of fine plastic. Madhuri Dixit had a worrying ability to interfere with a man's heartbeat.

But there was a breath of fresh air post-Madhuri by way of Kajol, the one who later married some middle-level gulli-danda player. Kajol became the face of youth in the late '90s, the nearly-me of a generation of teens and twentysomethings. Dilwale Dulhaniya Le Jayenge and Kuch Kuch Hota Hai were not great cinema, but they caught the tone of the time. Kajol fronted that new confidence of Indian youth when you could wear a salwar-kameez and swing a Nike bag and never notice that the two belonged to very different worlds until the other day. It was the time when Bombay began to flow into Bulandshahr and New Delhi into New Jersey, at least for an India middle class and up.

Kajol found the winsome way of the globalised Indian, just as comfortable with a sari as under a baseball cap. There was something socio-economic in her attractiveness, she became the middle-class dream girl. She was the face of an India that would dissolve latitudes and longitudes, meet the rest of the world on her own terms. And with her kind of charm you wouldn't need the Rai kind of look.

The recent best are now lately retired. Now that producers beg and pay a few women to simply be more of themselves, an essential requirement of stardom has become an inability to act. Manisha Koirala sustained her startled look and sharp intakes of breath over a few films, but by about the thousandth time it was time to say enough. Let's be patient with our patience. No doubt people will tire in time of the Aishwarya album. Maybe the way Om Puri is an actor, Bollywood too will one day have such a thing as an actress. Again.