The first media audit outfit in India, Spatial Access is helping advertisers get more bang for their buck 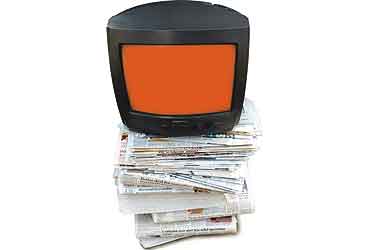 outlookindia.com
-0001-11-30T00:00:00+0553
Meenakshi Madhvani is both hated and admired in advertising circles. For she's the new auditor in town; but instead of putting financials under her magnifying lens, Meenakshi does post-mortems, or biopsies as she prefers to call them, of media plans chalked out by ad agencies. What that implies is that her firm, Spatial Access Solutions, launched just over a year ago, gives dispassionate views on how corporates and their agencies could have got more bang out of their buck. Spatial Access tells them what was wrong with their media plans and media buying strategies, and how can it be fixed. Naturally then, the lady is unlikely to be high on media planners' popularity charts.

Says Madhvani, who spent many years with a media buying house before setting up Spatial, "We hired a researcher to speak to 25 top advertisers to assess whether the time was right to start a media audit firm." While they agreed that media audits were necessary, they added that they didn't really need an audit firm as their internal systems and procedures were adequate to address the issues. Obviously, ad agencies proved to be the biggest bottleneck, although they admitted in private that there was a crying need to bring some sanity into the media buying space.

Despite voices of opposition and apprehension, Madhvani decided to go by gut feeling. Which seems to have been correct. "The industry has softened to media audit, the agencies can't ignore it anymore," admits Sandip Vij, president, Optimum Media Solutions, Mudra's media buying agency.

Already, Spatial has audited media plans worth over Rs 400 crore—although creditable, the figure is a minuscule 4 per cent of the overall media budget pie of Rs 9,500 crore. Still, over two dozen advertisers—ranging from Orange to Kellogg's to the UB group and Bajaj group—have run their plans past Meenakshi's gaze. The growth has forced her to tie up with a UK-based media audit firm, Fairbrother Lenz Eley. (In the UK, 70 per cent of the media spending is audited, while the figure in the US is about 7 per cent.) Now, Spatial has started evaluating agency pitches; in other words, it helps advertisers find the right agency to handle media planning and buying. This is also a clever way of cutting agency resistance.

In India, a few MNCs have involved foreign media auditors but Spatial Access is probably the first indigenous outfit in this space. Others like Ernst & Young and TAM Media Research have not really got into media audits. While the former focuses on financial compliance and looks at audits from the perspective of a chartered accountant, TAM doesn't even like to be called an auditor and says it's a consultant. TAM, too, does pitch evaluations and also trains brand managers on how to read media plans. "The person who'll approve plans worth crores of rupees should know what questions to ask the agencies," says Atul Phadnis, vice-president, TAM Media Research.

In fact, many marketers feel that if a client's brief to the agency is wrong, the resultant media plan will also be all wrong. For, garbage in is garbage out. Enter a neutral media expert to streamline the process.

There are other positives for both advertisers and agencies. Explains Gopinath Menon, vice-president (media), TBWA India, "If the process becomes unbiased, more creativity and accountability will come into media buying which, today, is about chasing better prices." Madhvani found that buying tactics are driving strategies and the relationship between the media buying house and TV channels is the main driver. "The way people use channels is amusing. The pursuit of discounts is becoming self-defeating. In their obsession to get better rates, advertisers in fact land up spending more," she says.

Girish Shah, general manager (marketing), Millenium Alcobev, which markets brands like Zingaro and Sandpiper, claims his firm has saved money since hiring Spatial Access. "We shaved off about Rs 30 lakh, out of a planned budget of Rs 1.8 crore, on buying spots on just one channel," he adds. In another case, a leading glass company realised it was being overcharged by several TV channels. This came to light when the audit firm compared their rates with those of 30-35 other advertisers—with budgets ranging between Rs 1 crore and Rs 250 crore annually—on the same channels.

One advertiser was told that its media plan wouldn't work in the forthcoming cricket season as viewership patterns get disturbed during such periods. So, a new plan was put in place to cash in on the cricket craze. Another interesting instance is that of how an audit helped an agency. While the client wanted to spread his budget across channels, the ad agency recommended that the spending be concentrated on select channels and specific shows. The client went ahead with his plan, only to be told by his media auditors that the money had been wasted, thereby ratifying the agency's stance.

The problem in India is that while there has been a consolidation in the media buying segment—70 per cent of the media is bought through five big firms—a similar thing hasn't happened at the media owners' end. In fact, Indian media has become more fragmented and opaque, and most deals are struck on the basis of relationships. Marketers agree that it is easier to track discounts and promotions as they have a direct correlation with sales but media, which accounts for almost 70 per cent of their overall marketing budgets, is left untracked as it's the most difficult to monitor. Chintamani Rao, president, Universal McCann, can't understand the fuss over media audits. "We speak to people (clients) who don't know media. If they have a media auditor on their side, I have no problem because here is one guy who understands my language."

In spite of the benefits, media auditors are seen as "policing" and their work as just another way of taking agencies to task. "It is easy to critique strategy on hindsight. Just as a financial auditor does not run your business, a media auditor cannot run the media for you. There is a thin line between auditing and consulting. As long as media auditors maintain this thin line it's ok," says Shubha George, managing director of Mediaedge:cia, part of media buying conglomerate Group M.

No one likes to be corrected and media planners and ad agencies are no different. But now that they are beginning to accept the reality of media audits, however grudgingly, they hope that their clients will use this tool "selectively" and "maturely".

Sunflowers In The Dark Alley