At 11, torn from his family, he fled East Bengal with Rs 30, borrowed from a Muslim retainer 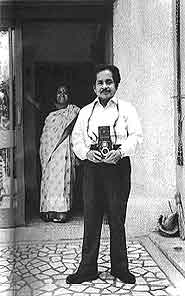 MY village was called Batisha, in Comilla district of what is now Bangladesh. Ours was a joint family that ran an Ayurveda pharmacy. In '47 I was 11, too young to grasp what was happening. Batisha was Hindu-dominated but I remember Muslim youth with caps saying 'Lad ke lenge Pakistan' in Hindi. I didn't know what it meant. I asked one of them. He didn't know either, but had been asked to wear it anyway.

At night the youth would carry guns and keep vigil. There wasn't much trouble in my village; but at times we could see flames in the night sky from afar. One day at school there was a big commotion. The principal said Bihari 'goondas' were beating up people and we would have to be evacuated. There was no time. A Muslim teacher bundled us (the Hindus) into a bus that took us near Raghunandan Hill in Tripura. Then cops took us to Agartala. Housed in a Durga bari packed with refugees, we were scared. Our teacher had left us once we crossed into 'India'. We were on our own.

After a week, my cousin, who was older, and I dodged the camp people and somehow made our way back to Batisha. We saw no rioting, nobody stopped us, but we got home to find the village deserted. All the doors of our house were open, as if my family had left in a hurry. I had no idea where they'd gone, didn't know what to do. Luckily, I met a man going to Delhi. I had an uncle there. I borrowed Rs 30 from an old Muslim family retainer.

I left for Calcutta and bearded the Toofan Mail. It was so crowded, I would've missed it had a stranger not pushed me in through a window. It was January '48, freezing, and I had on only a pair of shorts and a shirt--my school uniform. In Delhi, I learnt my family had also fled to Agartala and I'd just missed them. I stayed back. My family returned to Comilla but couldn't rebuild their lives. Only a few Hindus were left. The shop and pharmacy had been burnt down. After the '62 riots, my family finally moved to Agartala. Our house was untouched, because of the love of our Muslim a retainers, who still keep in Touch with me.