Pictures From His Mind

Satyajit Ray engages with his art, films, fellow auteurs, memories, and an Olympian scorn for Bollywood 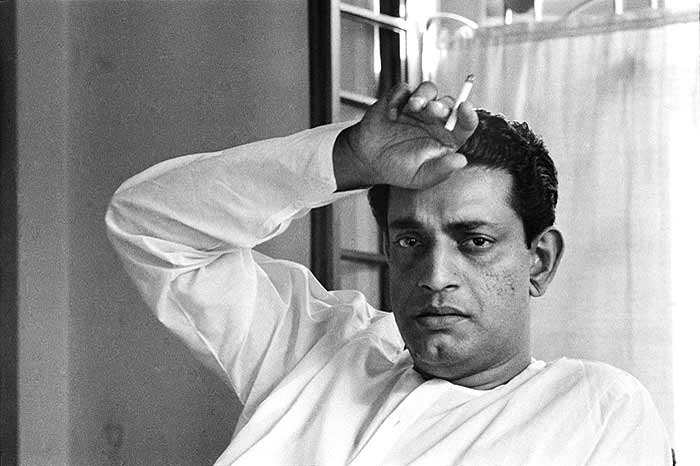 It is a long time—1976, to be precise—since Satyajit Ray published his first collection of articles, Our Films, Their Films. The year before, Sholay was released and impressed Ray, despite his aversion for most Bollywood films. The year after came Shatranj Ke Khilari, starring Amjad Khan as King Wajid Ali Shah, cast by Ray on the strength of his performance in Sholay. It was Shatranj, which I saw at the world premiere in London in 1977, which first impelled me to read Ray’s writings.

Our Films, Their Films is a rich collection, with not a single dud. However, there were further excellent articles to come from Ray, most notably My Life, My Work, a five-part lecture delivered in Calcutta in English in 1982, and Under Western Eyes, about distorted European and American perceptions of Indian culture, including Indian cinema, which appeared in Sight and Sound in 1982 and may be Ray’s finest ever article. A second collection of Ray’s English-language writings on cinema has been badly needed for a long time.

Now, at last, we have it. Deep Focus contains Under Western Eyes and 21 other previously published pieces by Ray, under the editorship of his son Sandip Ray, with a foreword by Shyam Benegal, garnished throughout with stills from Ray’s films, film posters created by Ray and witty caricatures from his pen, and some unfamiliar photos of Ray at work by the documentary film-maker B.D. Garga, plus a few striking photos by Ray himself.

They range in length from the substantial to the slight, and in subject from the craft of film-making and cinema as an art to a childhood memory of an accidental family visit to a “soft porn” Bengali silent film and the dubious pleasures of sitting on a Soviet film festival jury, plus personal responses to fellow directors such as Charles Chaplin (with a wonderful sketch by Ray), Jean-Luc Godard and Ingmar Bergman (with a thoughtful photo-portrait by Ray). But it is true to say that every piece, even the shortest, offers rewards. Many are deliciously ironic, somewhat in the manner of Ray’s Days and Nights in the Forest.

Yet, one cannot help wondering why this is not a more comprehensive collection. In 2005, My life, My Work was tacked on to a translation of Ray’s Bengali-language writings on cinema, published as Speaking of Films—hence, one must assume, its omission from Deep Focus. Also omitted is Ordeals of the Alien—Ray’s sardonic 1980 account of the fate of his celebrated science-fiction screenplay, ‘borrowed’ by Hollywood in the late 1960s—which was republished in a book of Ray’s English screenplays in 2011. I miss both pieces, along with Ray’s effervescent commentary, Why do I make films?, for Garga’s 1960s documentary on Ray; his respectful article on the dancer Balasaraswati, whom he filmed for his 1970s documentary, Bala; and his exquisite tribute to Rabindranath Tagore, written in 1991 for the Guardian in London—which turned out to be Ray’s final article in English. There he concluded: “As a film-maker I owe as much to Shantiniketan as I do to American and European cinema. And when I made my first film, Pather Panchali, and embellished it with rural details which I was encountering for the first time, Tagore’s little poem in my autograph album came back again and again to my mind.”

That Indian cinema had minimal influence on Ray is well known. But this was not so in the reverse direction. As Benegal admits, “The influence of Satyajit Ray on the many cinemas of India has been immense but rarely acknowledged...whether in acting styles, photography, production design, the use of sound and even in the creation of music scores which were rarely thematic before his time.” But Benegal takes Ray to task, gently, for his “somewhat elitist” view of popular Indian films, whether from Mumbai, Calcutta or Chennai. Benegal may have a point—however, we should not overlook Ray’s eagerness to work with many actors, designers and other technicians from the mainstream cinema, particularly in Shatranj Ke Khilari. It was the directors he scorned. In a remarkably frank lecture to film students at the FTII in Pune in 1974, reproduced in Deep Focus, he said: “In our country at least, films have been made with virtually no contribution from the director, or at least nothing of a positive nature. He does nothing because he knows nothing.” Ray himself, like all great artists, never stopped learning and growing so long as he directed films.

(Andrew Robinson is the author of Satyajit Ray: The Inner Eye and other books on Ray.)