How Sky and ESPN-Star commentary boxes handled the Bell decision 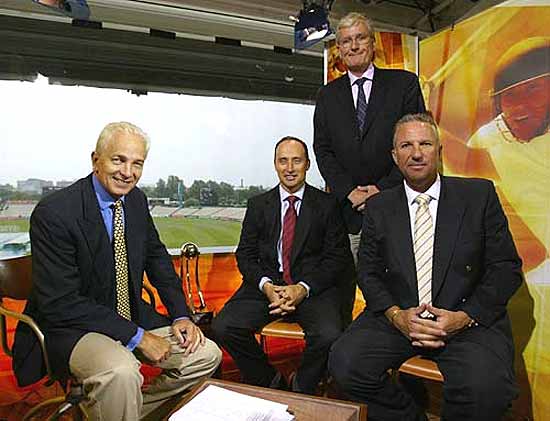 How free are commentators worldwide? Ian Bell’s recall to the crease when M.S. Dhoni withdrew India’s appeal against him—after he was run out in controversial circumstances in the second Test—provides a model. Since the ECB has no say in the appointment of commentators by Sky, Channel Five or the BBC, they’re able to pass negative comments about the board or their players.

Bell got a hammering from every Sky TV commentator. His action was called lazy, thoughtless, air-headed. They even said Bell was dozey, for assuming the ball was dead. Former captain Mike Atherton declared that according to the laws of the game, it was legal for Bell to be given out. “The first rule you learn in batting is that you remain in your crease,” said Atherton. “Bell broke that simple rule. He was out.” Michael Holding said he would not have withdrawn the appeal if he were leading the fielding side. The consensus in a panel discussion involving the Sky team was that Bell was in error. 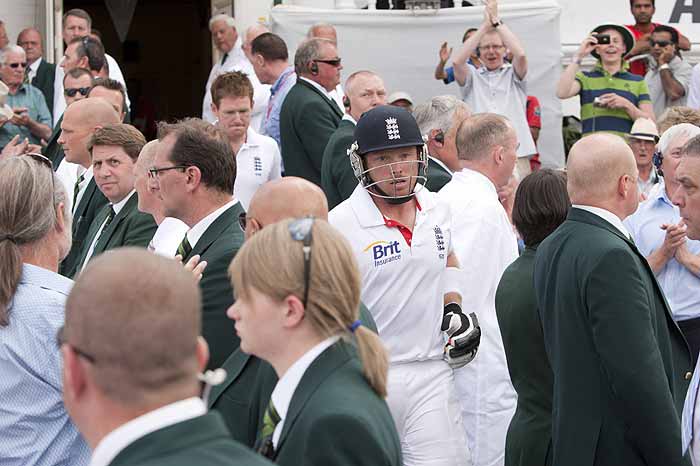 In error The appeal for his run out withdrawn, lan Bell walks out to bat on day three of the Trent Bridge Test

Rahul Dravid later said the team withdrew the decision because they realised they would have very upset if, say, Sachin Tendulkar had been given out in the same fashion. But would Indian commentators have been as critical of Tendulkar as England’s commentators were of Bell? Perhaps not. On the commentary beamed by ESPN Star, Gavaskar and Shastri initially supported Dhoni, saying that he must draw inspiration from the boos of the crowd, which was upset at India’s appeal against Bell. However, the moment he stepped out after tea, making it clear that India had withdrawn the appeal, Gavaskar and Shastri supported Dhoni’s decision.

But are commentators totally autonomous elsewhere? Simon Wilde, cricket correspondent of the Sunday Times, London, provides a historical perspective: “Both Gavaskar and Shastri belong to a generation of TV commentators—like Bill Lawry and Ian Chappell in Australia—who played in an era when jingoism was more prevalent. The younger breed—such as Hussain and Atherton in England—seem willing to criticise their own side if necessary.”

Wilde, however, says the Sky TV commentators will come under scrutiny soon. “They face an interesting test of loyalty over the ECB’s decision to play two extra Twenty20 matches against West Indies at the end of the season to compensate Sky for the collapse of the Stanford deal. It’s a blatantly commercial arrangement. Will they say so?” India will be listening.

“I Too Have Two Eyes, Two Ears—And A Stomach To Feed”