Pictionary, Monopoly Or Taboo: It's Time To Play Few Board Games

Board games are on a rebound, with old pleasures and ways to dilute newer blues 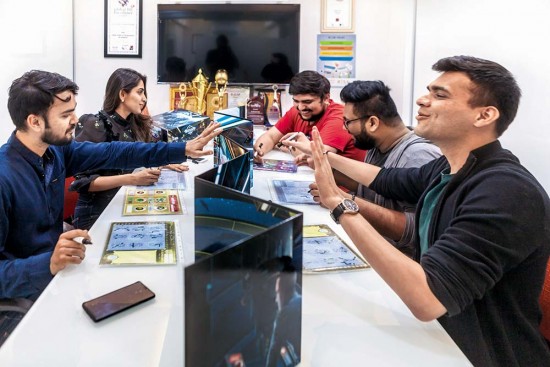 Imagine an 11-year-old during the afternoon of a hot summer holiday, circa 1985. Very probably, he would have been hunched over a board game with siblings or friends. Eyes transfixed, heads still, their hands alive and busy with die and the pieces of play. It could have been the simple pleasures of ludo/snake & ladder, the more involved business of Monopoly, the strategic fields of table cricket/football, the cerebral chess or scrabble…. Videogames were making a slow ing­ress, but happily co-existed as an occasional diversion. Things changed from the advent of the home computer, with its many playful diversions; the stealthy march of the digital age was upon us with its flash and dazzle. The story of the next decade-and-a-half is the story of the digitalisation of young lives. The playthings of the preceding generation lay mouldering in forgotten cupboards. The gaming console had banished the board game.

But we had underestimated its pertinacity. Table­top games made of cardboard and wooden pieces are clawing back into relevance, seducing youngsters away from Candy Crush and other smartphone distractions. The positives are the obvious ones—taken for granted once, but one that has ass­umed importance when every man is a digital island: Board games are great for social interaction, for actual communication with people. Many games also help refine concentration, memory, planning and problem-solving. So much so that they are being used in academia. S.K. Mahapatra, director, Jaipuria School of Business, says, “Mana­gement institutes use these games to help the students sharpen their thinking and executing abilities. Though there is an element of chance, most of these games are based on pure strategy.”