Philosophy Must Study The Cosmetic Self: Shiv Visvanathan

I modify myself, therefore I am. Philosophy must study the cosmetic self. 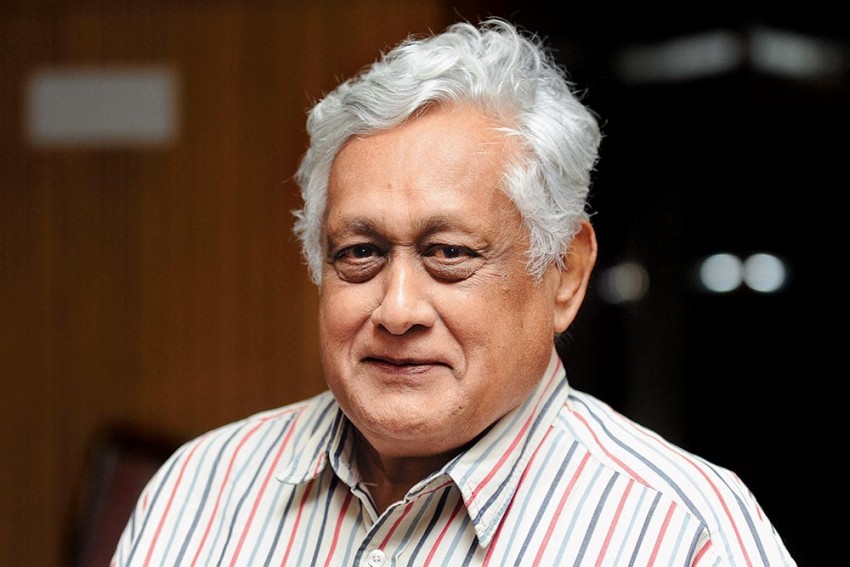 One of the great insights of the history of science is the way it shows how revolutions in cosmology and technology eve­ntually rewrite the idea of the body. The body becomes the site, witness, text for the changing perceptions of society. Consider the idea of youth today, which sees itself as a ­sep­arate subcontinent. The younger generation constructs itself through the notion of the body, which it transforms through ­rit­ualistic practices.

Today the body no longer has a sense of the sacred, yet ironically, parts can be fetishised into cults of fashion. The body is no longer seen as a part of nature but as an artifice that can be tinkered with like a piece of plumbing, a piece of prosthetics that can be modified to cater to any whim. The body is no longer god-given but an outline, a scaffolding to build on, to improve. There is also a merging of cosmologies where the worlds of food, medicine and cosmetics blur. The instantaneity of technology and the temporariness of the self merge in the idea of selfie. Since the self is a technological artefact, it is not illness or disease that haunts the young middle class, but a bodily self they cannot tolerate or live with. A want becomes a stigma; an unwanted nose demands a remedial ritual. Personality development begins with a rectification of the body that goes hand-in-hand with the new concept of the mobile self.

The body as a collage of possible selves blends with the wider cartographies of the virtual and digital world. In fact, plastic surgery is no longer a frivolous ritual of the rich but provides the impetus and the metaphor for constant change. Plasticity captures the sense of the fluid self of today. One’s sense of time plays a big role, as instant gratification needs instant rectification.

Plastic surgery is no longer a ­frivolous ritual of the rich but the impetus and the metaphor for constant change.

There is a narcissism here that one must understand. When youth as Narcissus sees its self, it wants an image that meets with the approval of others. The tailor-made body projects a different solution to the self. Nature, as it is, is no longer acceptable. Only a rectified body, a designer body, is acceptable as cosmetic surgery becomes an ­initiation rite into adolescence.

This sense of the body as assemblage rhymes with other forces where instant time, instant gratification and instant technology go together. No one wants to wait because waiting is lost time, a way of erasing the self. One disappears from the attention of the other. If the old notion of the individual was a lens gazing analytically at the world, the new notion is a mirror, where one’s looks must meet with the approval of the other. Otherwise the body is treated as a failed hypothesis to be rectified or abandoned. The skin in particular is now a tabula rasa to be sculpted again and again. But the skin is no longer skin deep. It encompasses one kind of self.

The sense of the natural disappears in this epidemic of cosmetic artifice. The body can no longer be a growth, a rhythm, a process. As an artefact and a commodity, it has to cater to the instant markets of the self. The selfie merely maps this incessant change. Even the spiritual becomes technological when spirituality merely becomes an added glow on the cosmetic self. Yoga is no longer a sense of nature but a set of recipes, techniques which helps one obtain a tailor-made body. The new self is a cosmetic rather than a cognitive self. It states I modify myself, therefore I am, to the other. An individual sense of excellence is an outdated concept. Only ­approval ratings count.

Today the metaphor of technology has banalised medicine. Medicine tends to become a commoditised form of plumbing, a prosthetic art which instead of understanding the wisdom of nature promises to modify, replace and improve on the natural. One can see it in the language of the market where barbers are hair surgeons and beauticians are clinicians, where cosmetic surgery is the self-styled indicator of health. Sadly, philosophy feels too tired to cope with such changes. These new worlds of technology and body lack meditations of what such change means to the ideals and morals of a society. There is a philosophical absenteeism here that one needs to respond to.

(Shiv Visvanathan is an academic associated with the Compost Heap, a group in pursuit of ­alternative ideas and imagination.)

Homes Of Kashmiri Pandits Abandoned Decades Ago, But Not Left Untouched