Indian fashion is in vogue in the West. Here's who's who and what's what. 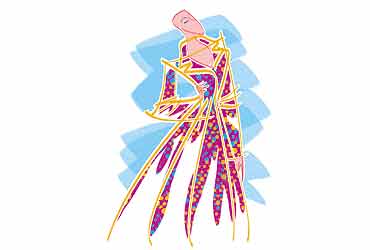 The fashion world inevitably evokes strong reactions. For every fash-frat groupie there is a critic who views designers as mildly talented and hugely egotistic members of an incestuous clique. This picture does bear a faint resemblance to reality. But it fails to note the growing appeal of Indian fashion on the world stage. Designers Ashish N. Soni and Manish Arora wowed western audiences with their creations at the New York and London Fashion Weeks last year. Sabyasachi has been selling at Browns, a London fashion store, for the last two seasons, one of several designers who have achieved a foothold in overseas markets.

The reason why they are on our cover once again. But after the brickbats from the critics last time, we have expanded our jury to 25 names, including top fashion stores (see box). They were given a questionnaire to answer. The list of top designers in each category was drawn up on the basis of votes polled by them.