Pestilence And A Shrouded Angel 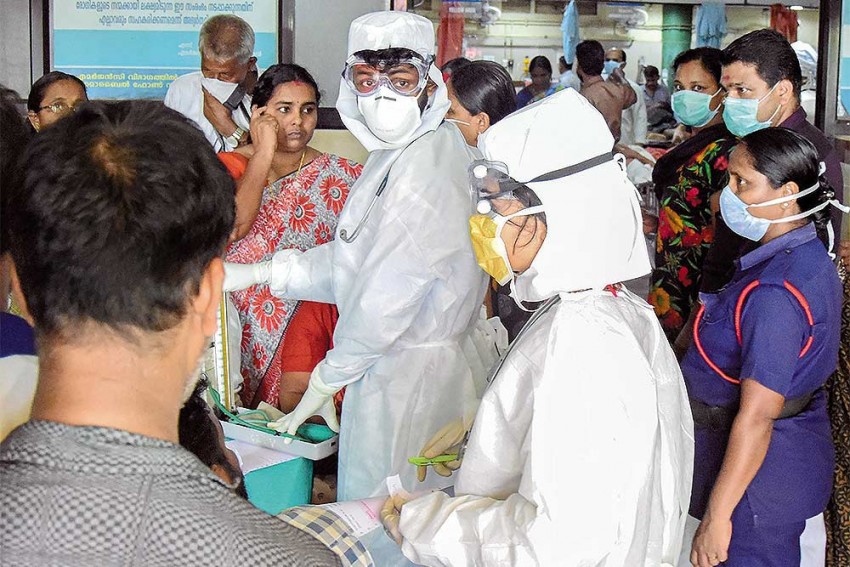 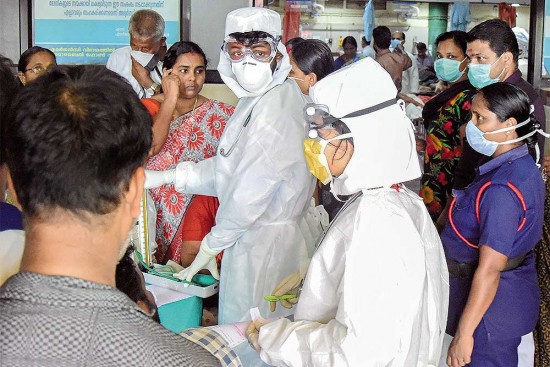 Lini knew she was dying. She’d poured her heart into caring for her pat­ient, Sabith, who was aff­licted by an unknown virus—and wept inconsolably when he died. And now that the virus had inf­e­cted her, she realised that she had little time remaining. When they were taking her to Kozhikode Medical College for treatment, she managed to make a video call to her husband, Sajeesh, who was away working in the Gulf; she told him she was unwell and asked for his prayers.

And in a note that she left for him, she gently informs him of her imminent death: “Sajeesh­etta, Am almost on the way. I don’t think I will be able to see you. Sorry.” She implores him to take their two children, five-year-old Rithul and two-year-old Siddharth, back with him to Bahrain where he works as an accountant. Lini passed away on May 21, and many in her native Kerala have begun to hail her as a ­martyr—an angel, even—in the fight against the deadly Nipah virus that has cast a pall over the northern part of the state, having claimed a reported 10 lives at the time of writing.

Lini Puthussery, 31, was a nurse working on the frontlines of patient care at upstate Perambra taluk hospital near Kozhikode. She had been looking after Mohammed Sabith, 23, his brother Salih, 26 and their aunt Mariyam, 50—all of whom were infected with the virus and would later die after being moved to the medical college. Nipah had yet to be dia­gnosed by the National Institute of Virology, Pune before Lini’s death. It’s now believed that the virus spread from the Malabar village of Sooppi­kkada in the taluk—from bats that lived in the well of Lini’s patient Sabith, who would be the first person to succumb to the disease. 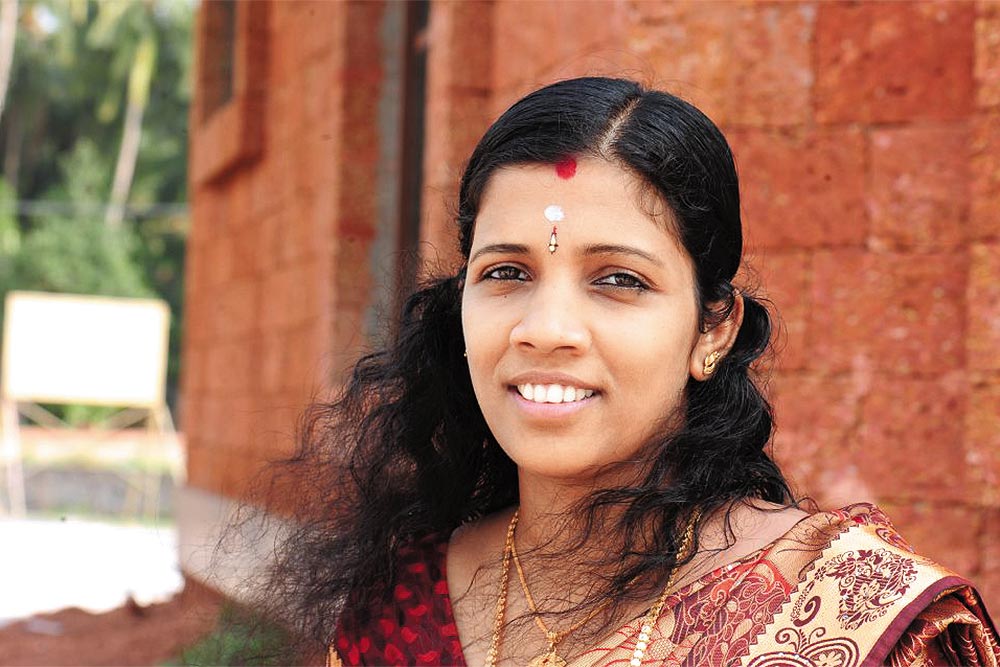 “Am almost on the way. I don’t think I will be able to see you. Sorry,” goes Lini’s note to her husband.

Lini’s husband Sajeesh Puthur, 36, says he is deeply anguished by her death but at the same time immensely proud of her and her work. “She was extremely dedicated and was unwilling to take leave,” he says. Sajeesh, who came back to Kerala on May 21—the day Lini died—was unable to talk to her, but was given the note she had scribbled for him. With his life turned upside-down after her death, he intends to stay on in the state to look after his children.

Her death brings into sharp focus the vulnerability of medical staff who come into contact with deadly diseases in the line of duty. Kerala chief minister Pinarayi Vijayan, in a Facebook post, praised Lini for her dedicated service while looking after the patients with the Nipah virus. But platitudes aside, the state must introspect as to why a nurse had to die. Her death was avoidable, argues Libin Thomas, state secretary of the Indian Nurses Association. “The nur­ses are not provided with the basic protective gear like masks and gloves while they are on duty,” he says.

Sibi Mukesh, state vice-presid­ent of the United Nurses Ass­oci­a­t­ion, points out, “We don’t want to find fault with the government as they are fighting this disease, but the state of Kerala needs to understand that Lini was a daily-wage ear­ner. Her death has brought the plight of the nurses to the notice of the media and the public, but this is only the tip of the iceberg. There are scores of nurses who have contracted diseases like hepatitis and have to live with it. In Lini’s case, we urge the government to give assistance to her family.” Lini was probably earning only about Rs 300 per day, far below what ­daily-wage labourers make in the state. “Though there are vacancies in government hospitals, they have not been filled—and as a temporary nurse, she had nothing to fall back on. The government needs to rectify this,” says Sibi.

According to the WHO, the natural hosts of the Nipah virus are fruit bats of the Pteropodidae family, Pteropus genus. The virus was first identified in 1998 in a disease outbreak in Kampung Sungai Nipah, Malaysia in 1998, where pigs were the intermediate hosts, and in 2004 there was an outbreak in Bangla­desh.   What is alarming is that there’s no known cure for the ‘emerging zoonosis’ or virus that is transmitted first from animals to humans.

Returning to the present crisis, the village of Sooppikkada has seen a virtual shutdown, with people fleeing their homes, and the Perambra taluk hospital wore a deserted look after the deaths. Kerala is on high alert with more than 60 cases being closely monitored by the state medical ­authorities and a specially formed team of experts.