Personal tragedy led him to harness Net power for blood 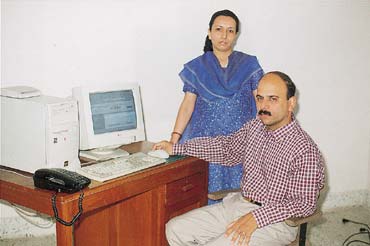 Once set, they advertised in the local paper. Initially, there was no response and they got worried. Says Poacha: "We'd put in our life's savings and wondered if the site would get noticed at all." But on that afternoon of anxiety, an illiterate worker from a nearby suburb called in to say he wanted to register. This raised their hopes. When the site had just about 25 listed donors, the first request came from an unknown person. A similar incident at a hospital where he was introduced to someone who had benefited from his site gave Poacha that much-needed impetus. Says Pradeep Kulkarni (name changed), who was helped by the site to procure blood for his son: "This site was a godsend for us."

Gradually, the number of donors started increasing. Poacha tried several ways of getting the message across. For instance, as soon as a donor got listed, Poacha would request him to suggest the site to his friends and send him posters to be put up at the local cafes. He would enter chat rooms and speak to people. He wrote to publications and asked several sites to provide a link. Some obliged, most didn't. He approached all the local groups for help, but the response was poor.