“People Need Faith Because They Have Questions.” 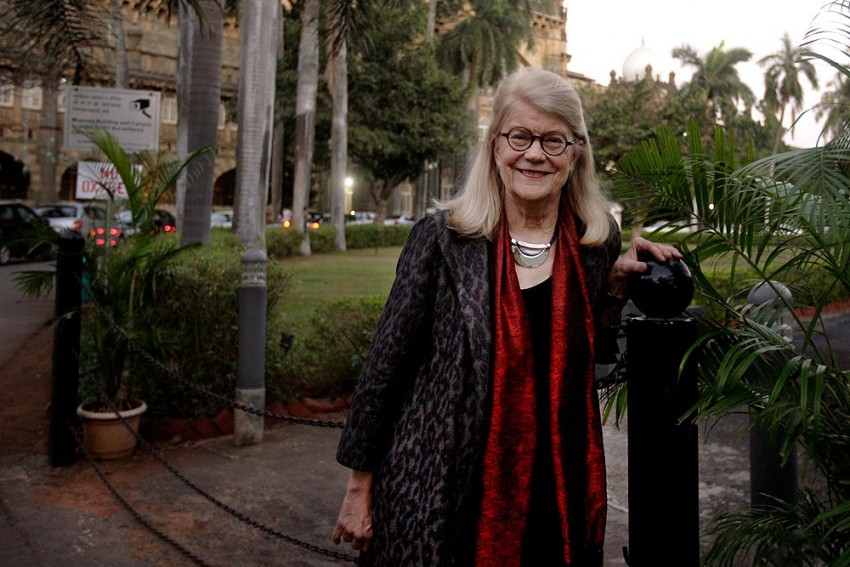 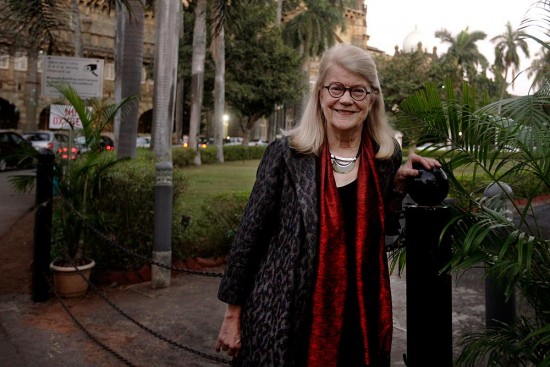 Diana L. Eck, author of Benares, City of Light and runs The Pluralism Project at Harvard. She is also the Professor of Comparative Religion and Indian Studies there. Diana is in Mumbai for the Vasant J. Sheth M­em­­­orial lecture titled, Sacred Rivers, The Lifelines of India. Professor Eck spoke with Outlook’s Prachi Pinglay-Plumber, excerpts from the interview.

Have Benares and its river changed since you started visiting as a student?

It has changed but there are parts that are the same. For instance, I have been in Benares as a student at BHU, as a res­earcher and I have stayed at the Assi Ghat, right at the south end, for 20 years. Assi (the river) is almost a sewer today but the Assi ghat has become more beautiful and cleaner with garbage cans and people carrying out the trash. The city itself­—the old structure, the bones of the city—part of it crumbles and falls down but it doesn’t expand. There are many more people and certainly many more motorbikes without restrictions. The gullies are filled with these. So chaotic!

How important are rivers to religion?

Rivers are definitely sacrally important—Tirthas particularly were rivers, then Kurukshetra, a huge tank, Mathura of course was right by the Yamuna, when it was wide enough. There are very few places in India such as Dwarka and Puri, Rameshwaram and Kanyakumari, where religious bathing takes place in the sea. The notion of tirtha is a river, a crossing place to the far shore, whatever you ima­gine it to be. Rivers are places where one does daily rituals, life-cycle rituals and where one goes for pilgrimage. In some sense they are temples—ever-flowing, rich with significance—such as the Kumbh. The holy place is where the rivers meet the ghats. That language of sac­redness of the source or the sangam is the language of rivers. Hindus use rivers in ways that are ritually more intensive than any other culture I know.

Religious attribution to rivers also meant preservation of these natural resources. Has that aspect been lost?

“Having lived near the Assi river for 20 years, I can confirm that it is almost a sewer today. But the ghat on the river is cleaner, more beautiful than ever. ”

To some extent. People have a divided consciousness about this. Yes, there is dirtiness but it is still ‘pavitra’ and ‘shuddh’. Dirtiness doesn’t block out the consciousness that Ganga is still Ganga. That’s a particular kind of religious consciousness. I was at Assi Ghat at Benares on Makar Sankranti. You can see the little nullahs running under the ghat carrying sewer water and then you see people bathing at the sangam of sewer and the Ganga. And they were unfazed by this.

While I don’t think this is going to change, what does need to change is how we allow industrial pollutants, waste water and garbage into rivers. Whether you are religious or not, healthy rivers are essential to a culture, essential for water and life itself. We cannot afford to have rivers that die and choke with plants, plastic and garbage. Moreover it has gotten worse since things that are thrown are no longer biodegradable. Along the Ganga you see picnics where noisy boys throw these styrofoam plates. Whose issue is this anyway? It can’t only be the sweepers or garbage collectors. It really needs to be everyone’s headache.

In the current context of India, while pluralism is still a tenuous reality, int­olerance is on the rise, marked rec­ently by the ban on beef.

“When a government gets into legislating what its citizens should and should not eat, there is no end of it, especially in a complex country like India.”

The banning of beef is a particularly communal act because it comes out of a majoritarian tradition. Cow slaughter and other kinds of triggers like this are not new as a source of communal violence. Even in 19th century, cow protection was one of these flashpoints. On other hand, Muslims would say Hindus take noisy procession in front of mosques.

The difficulty really starts when governments begin to enact legislations. I am aware of one or two incidents where someone has been killed for the suspicion of eating beef. We hear about that even in the US and we talk about what’s happening. Is this the kind of banning that is now utilised so that the government in charge can get a little more leverage? There was also the proposal of banning meat for a few days for the Jain community. When governments get into creating legislations and bans about what people ought to eat, especially in a country like India, there is no end of it. This is a whole new level of intrusion into civic life. It is impo­rtant in a secular society, whether it is the Indian or American definition of secular, that there are areas that should not be  accessible to legislative interventions by the government. Not to have that is bad for religion and bad for the state.

How does one make a distinction bet­ween participation on a positive level and a prohibitive level?

In the US, there is a lot of ceremonial recognition. The US senate begins with an invocation and a prayer by a different person every day. So, there is acceptance of what people call civil religion in which god can be mentioned. The idea that a mayor or public official comes for the ina­uguration of a temple or Islamic centre is  again a positive one. But legislations about wearing the head scarf or hijab would be completely inappropriate. It is about the freedom of religion and ­religious expression.

There is an opinion that atheism is on the rise in the world. Would you agree?

It has a lot different meanings in the US—it can sometimes be about the god you do not believe in. There is an increase in people who don’t have a view of god with any particularity. Some don’t have a view of god at all. Some of them call themselves atheists and some humanists. Some are radical atheists. But there are enough of them that we created a button for atheists on my pluralism website. One of my students wrote a book about faithism—a combination of faith and atheism and his work has caught on. Atheism also has an ethical side which makes it a bit more like religion.

How important is belonging to some kind of religion or faith?

People need faith because they have questions and thoughts about who they are, who they belong to, who ‘their’ people are, what they want their children to learn. All these questions focus around the most important aspect of religion, which is community and human connection. How you gather together, how you celebrate, how you bring about a child into the world, offer and receive blessings; how you approach illness, death and life’s catastrophes. No one can supply an answer to you but a community can give you a sense of belonging and tide you over those crises and transitions.