People Ask What We Are Going To Sell Next'

Outlook met a belligerent Anil Nanda at his house in the posh Friends Colony in Delhi. Excerpts from the interview. 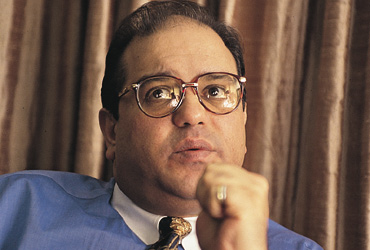 On the Escorts Heart Institute’s sale:
I didn’t say anything even when Rajan and Dr Naresh Trehan (ED of the hospital) took 10 per cent equity each and I got none. Now it’s been turned into a company with a profit motive. You expect me to digest this fraudulent and unethical activity? The money from the sale of equity will go to Escorts or the two individuals, and not into the hospital.

On Escorts divesting in various companies:
The core competence talk has made us a laughing stock. People ask what we are going to sell next. Escorts is making money only through divestments now.

On the way Escorts has been managed by Rajan:
Rajan always said: ‘Leave it to me. I’ll look after it.’ Look at what he’s done! This is the balance sheet! You say you work 14 hours a day. What’s it got for you?

On the respect he has for his brother:
I always looked up to my father, a rare example of one who stepped down during his lifetime.