Peas Of A Pod 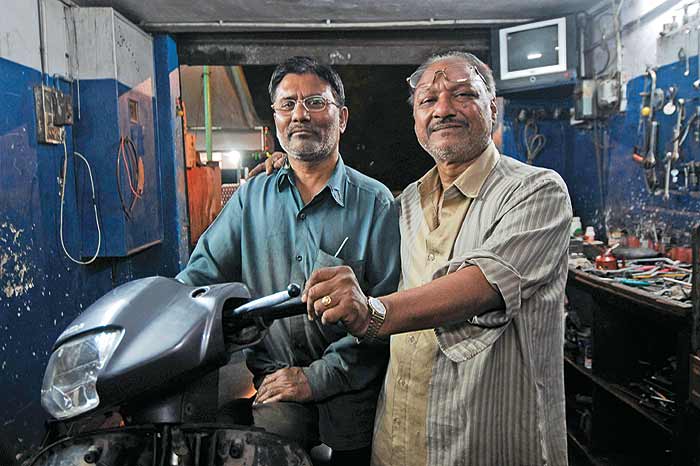 For all Gujarat’s polarisation, Hindu-Muslim economic ties are still seemingly inextricable. Aligarh-born Farid and Hari moved to Ahmedabad in 1985, and slowly worked their way up to co-own a scooter garage. As they prospered, Farid was forced to move to Juhapura, where most Muslims live. “No one will give me a house anywhere else,” he says. Hari went to better quarters in ‘Satellite’. In 2002, their kind of partnership made mobs particularly angry. Their clients though, both say, have stayed with them for decades.

In Baroda, Humayun Mirza runs a joint venture firm with Nikunj Patel. Mirza is the hands-on man for nickel-chrome plating, his friend manages the marketing. It’s fairly typical of a state where Hindu communities have business sense practically encoded in their genes. Less formal ‘partnerships’ are systemic in the state—Muslim women roll bidis at home, Hindus smoke them. Agarbattis made by Muslim women find their way to temples, and the kites they make are flown during key non-Muslim festivals. Often the wages aren’t revised for years. “If I roll 500 bidis a day, I get Rs 30,” says Sophia, 26. She makes rakhis too, and all her buyers are Hindu. Sadly, wages for bidi-making are only revised once a year (by Rs 10). That’s when Diwali comes around.