A slowdown in the country’s economy, lack of job growth, Saradha scam, Kerala government’s embarrassments are all forgotten as long as peacocks and beef hogs the headlines.... 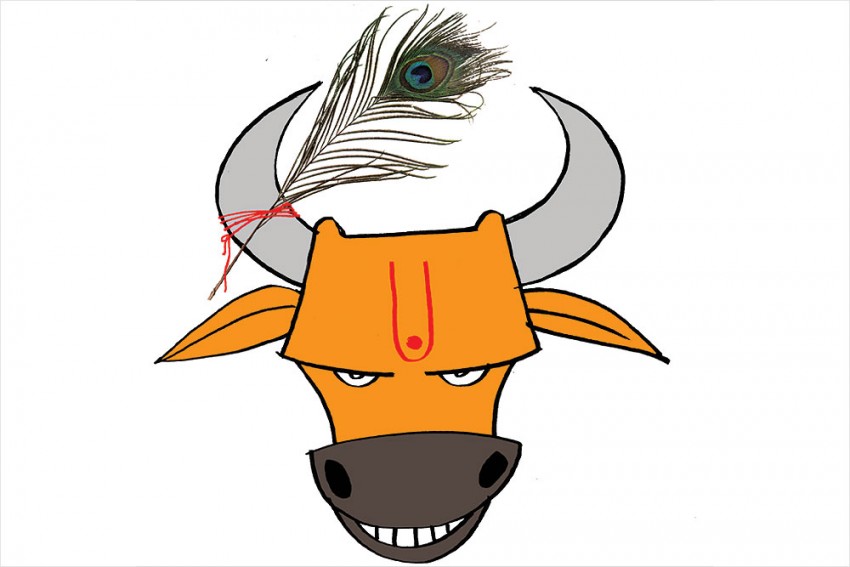 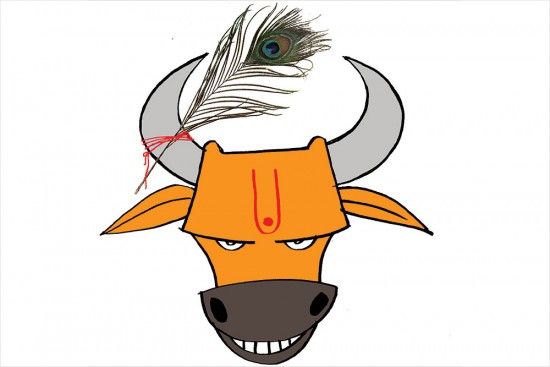 Now we know how peacocks procreate: they cry and the hens drink the teardrops and conceive. A new lesson in Immaculate Conception and biology as well! Who knows? Mary would have nagged Joseph so badly that he could have wept inconsolably making her conceive Jesus. The learned judge of a high court who made this observation about peacocks also wan­ted to name the cow as our national animal. But there is a slight inconsistency in this order. Aren’t we supposed to worship the cow as our mother? How can our mother be an animal? Sure, there are several mothers who push their children into crime and destitution, who qualify to be termed animals. But I have never heard of a cow ill-treating its calf.

Worse, what would the poor tiger do? It was given this grand title of the national animal only after we almost finished it off in the jungles. Our colonising Lord Sahibs and their Indian Maharaja minions proved their meagre manhood on these hapless tigers, cornered and almost framed into the backdrop to be shot and carried away as trophy. So, the great honour or title was actually a near-posthumous recognition of the tiger’s service in upholding the manhood of those with erectile dysfunctional syndrome.

I suggest another title for the cow: let it be our nat­ional mother. We should reprint the Mother India movie posters replacing Nargis with a cow. Then we can have the bull for a father. Sorry, Mohandas Gandhi. Anyway people in Jor Bagh and JNU misspell your name and call you Godse. So, let us replace you with a nice and strong bull. Anyway, the raging bull ready to take the Sensex up to 50,000 and angry enough to smash everything in a China shop to smithereens is our national dream. Then  the buffalo can be the national aunt and so on and so forth.

Seriously, as a nation, are we nuts? Beyond jokes, beyond satire, beyond rep­roach, we seriously need to see a shrink. Do we want the world to know about our peacock story? Or our inane, endless debate on the cow and its progeny? Will anyone take us seriously afterwards? I can understand the north Indian obsession with the cow. It’s a symbol of Hinduism and many pious people genuinely worship it. There are people who feed a cow a couple of rotis everyday. I am not questioning their piety. For such cow-worshippers, it is reprehensible to even think of others eating beef or cow flesh. But what is being played out is not Hinduism but political Hinduism, wherein those who eat beef are being termed the other and put down. By extending the prescription to buffalo, we are betraying our real int­ent, which is not piety but politics. So, a Mamata Banerjee or a Pinarayi Vijayan would jump at the opportunity to grab as many Muslim votes as possible. In this melee, real issues are forgotten. A slowdown in the country’s economy, lack of job growth, Saradha scam, Kerala government’s embarrassments are all forgotten as long as beef hogs the headlines. What a national tragedy!

Coming back to the peacock story (I despair thinking of the learned judge’s orders all these years and the judgement of the collegium which selected him), as a temple-going Hindu I feel bad that the good name of the Lord has been besmirched. To suggest that the peacock is a brahmachari and hence Krishna wore its feather on his hair is preposterous and it hurts my religious sentiments. Can the Gita-giver, the God who knew everything, not know about the peacock mating to reproduce?

The Book Of Perilous Sanity